AI arms race: US to deploy $1.5bn to compete with China 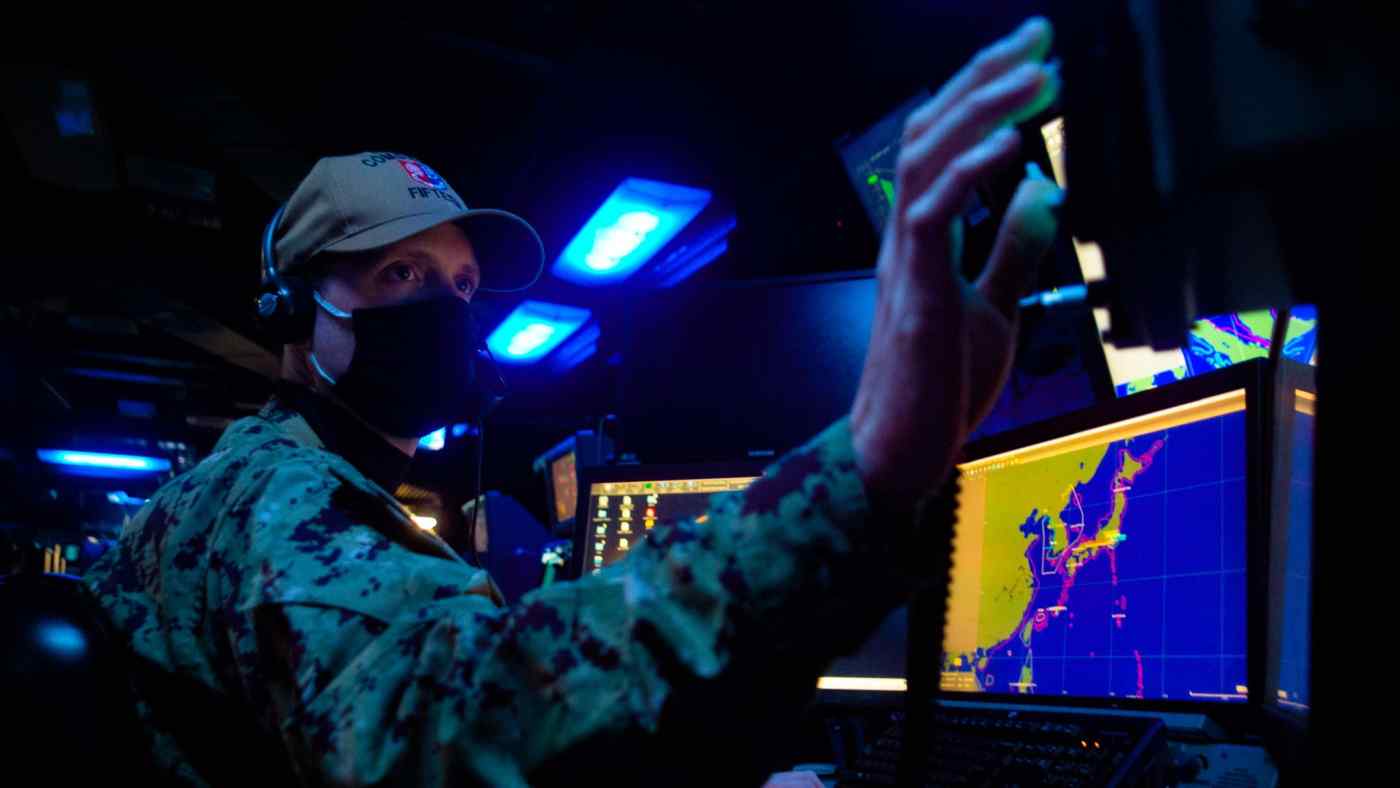 Aboard the aircraft carrier USS Ronald Reagan, a sailor serves as the Sea Combat tactical watch stander during Fleet Synthetic Training - Joint exercise in December 2020. FST-J is an exercise that brings together multiple units from across the globe to train together in a virtual environment. (Photo courtesy of the U.S. Navy)
RYO NAKAMURA, Nikkei staff writerJuly 15, 2021 07:01 JST | U.S.
CopyCopied

WASHINGTON -- Since the Pentagon's Defense Advanced Research Projects Agency, or DARPA, began shaping the so-called "first wave" of artificial intelligence in the 1960s, the U.S. has been leading the world in AI adoption.

In the ensuing five decades, AI has moved from machines carrying out human-programmed rules to statistical learning, the second wave, and now to a third wave that brings forth machines that understand and reason in context.

In future battlefields, machines will function more as colleagues than as tools, DARPA says.

"But obviously, we aren't the only ones who understand the promise of AI," Secretary of Defense Lloyd Austin said Tuesday in a speech at an international conference organized by the National Security Commission on Artificial Intelligence. "China's leaders have made clear that they intend to be globally dominant in AI by the year 2030," he noted.

To win the AI arms race with China, the U.S. will spend nearly $1.5 billion on artificial intelligence research and development over the next five years, Austin said.

"Beijing already talks about using AI for a range of missions, from surveillance to cyberattacks to autonomous weapons. And in the AI realm, as in many others, we understand that China is our pacing challenge," Austin said. "And we're going to compete to win, but we're going to do it the right way." U.S. Defense Secretary Lloyd Austin said on July 13 that Washington's use of AI must be "responsible" and "governable." (Photo courtesy of the Department of Defense)

Austin indicated that the effort will involve not only major U.S. defense contractors but also universities and small businesses.

The secretary in May signed off on a new strategy document for Joint All Domain Command and Control, or JADC2. The idea is to connect observation and reconnaissance data from all branches of the military into a single network. AI and other technologies will be used to work out an optimal plan, slashing the time needed to go from analyzing the environment to taking action.

The new strategy reflects the Pentagon's pivot away from the war on terror.

In terms of force and technology, the U.S. was vastly superior to the extremist groups it fought in the Middle East, and was able to mobilize its forces and act at its own pace. But Beijing is catching up with Washington in the land, sea, air, space and cyber domains, and, according to some observers, even exceeds American power in China's own backyard in the western Pacific.

With the two sides now more evenly matched, the speed at which they can gather and analyze intelligence and put their strategies into action will be decisive. The Pentagon looks to work with more than 30 countries to implement the JADC2 framework, according to a senior official. If a conflict breaks out, incorporating friendly nations' data would improve the accuracy of the intelligence.

In his speech, Austin emphasized that the use of AI must be "responsible, equitable, traceable, reliable, and governable."

Critics have raised concerns about the potential for autonomous "killer robots" capable of launching attacks without human intervention. There has been little discussion of international regulations surrounding the use of AI in warfare, and reports suggest that autonomous weapons may have been used in the civil war in Libya.

At the conference, U.S. Secretary of State Antony Blinken said the State Department will in the coming weeks come out with a strategy for using data effectively in foreign policy. Data could "help the department predict maybe the next civil conflict, the next famine, the next economic crisis, and how we can respond more effectively," he said.

U.S. national security adviser Jake Sullivan noted the recent creation of a working group for emerging technology by the security grouping known as the Quad -- U.S., Japan, India and Australia. The four partners will work together more closely in areas including fifth-generation wireless and supply-chain issues, he said.