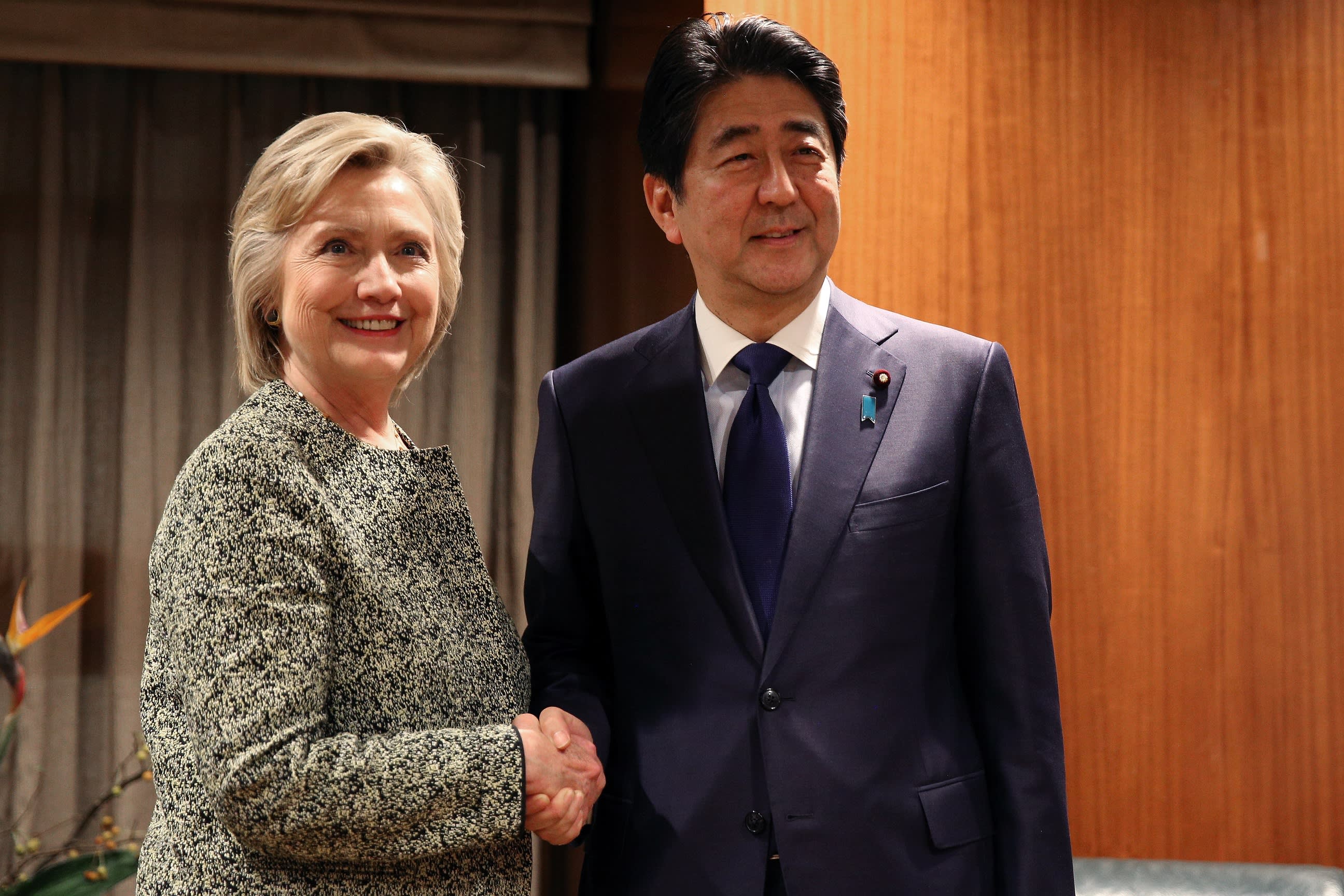 While affirming the importance of the Japan-U.S. alliance, the leaders stated their respective "known positions" on the 12-nation pact, according to a senior Japanese official.

Abe is believed to have once again called for a speedy implementation of the yet-to-be ratified TPP, while Clinton is thought to have reiterated her opposition to the deal, a position she adopted during her campaign for the Democratic presidential nomination despite having promoted the trade pact as secretary of state.

Abe and Clinton also discussed regional issues such as North Korea's missile and nuclear programs, maritime security including China's increased territorial claims in the South and East China seas, as well as terrorism and women's empowerment, according to the official who did not provide details of the talks.

Abe told Clinton that given the severity of the security environment in the Asia-Pacific region, "I would like to further strengthen the Japan-U.S. alliance so it can contribute to the region and the world as an 'alliance of hope,'" the official said.

Clinton, a former secretary of state, was quoted by the official as saying the Japan-U.S. relationship is important for peace and prosperity of the region and the world.

The 50-minute meeting at a New York hotel came at the request of Clinton, who will face Republican Party nominee Donald Trump in November's presidential election.

If elected, Clinton is expected to continue U.S. President Barack Obama's policy of a strategic "rebalance," or "pivot," to the Asia-Pacific region.