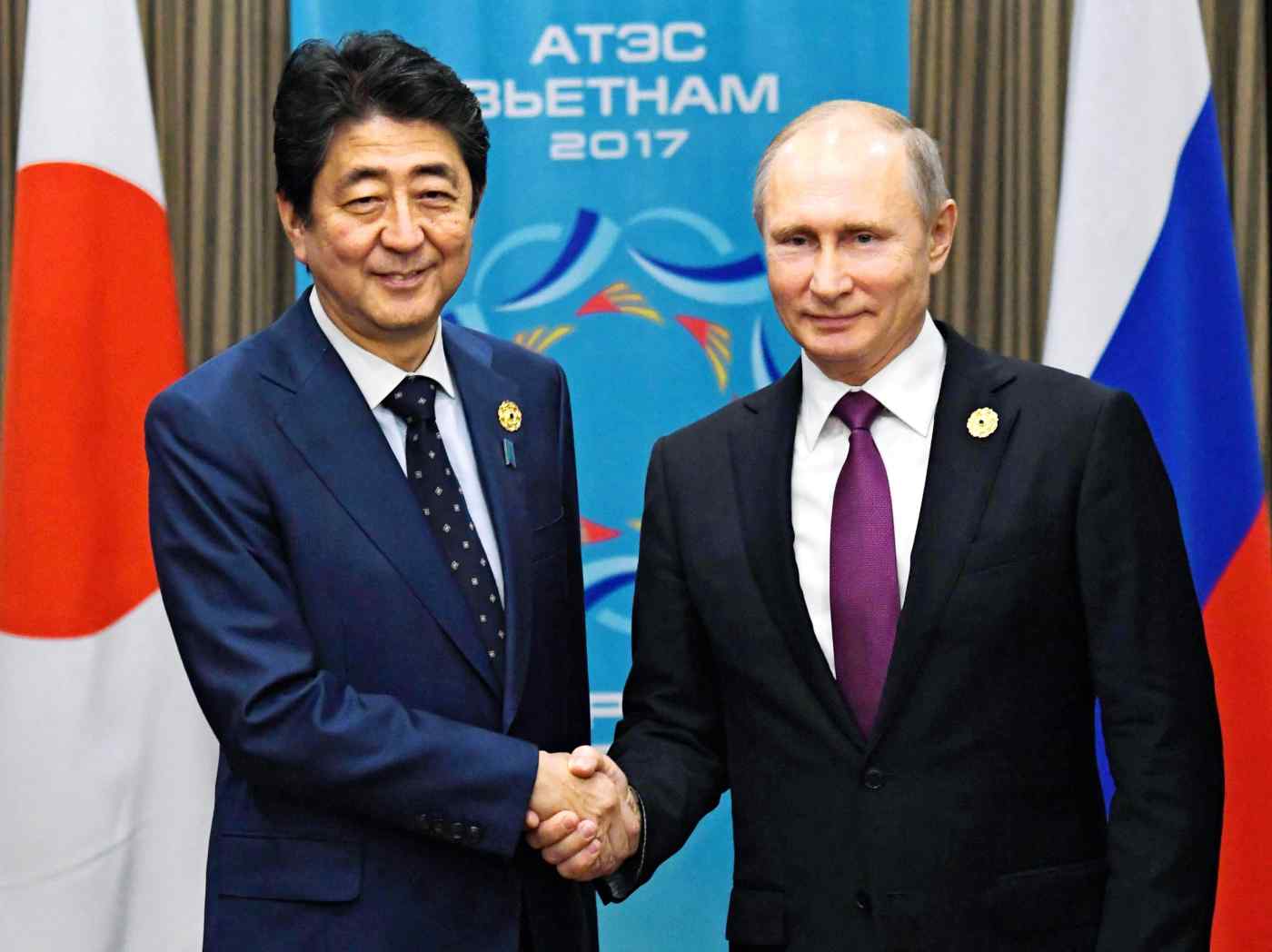 The two leaders met here for about an hour on the sidelines of the Asia-Pacific Economic Cooperation summit, attended only by interpreters for roughly 15 minutes.

When Putin visited Japan last December, he and Abe agreed to seek a special framework for joint economic activity on the Russian-administered Southern Kurils, which Japan calls the Northern Territories, that left the aside the issue of the islands' status. Abe told reporters afterward Japan's government aimed to "advance steadily, step by step, toward solving the problem of returning the islands and signing a peace treaty" with Russia.

Japanese former residents of the islands can also continue traveling by air to visit ancestors' graves next year as they did successfully in September, the two leaders agreed Friday.

The island dispute, which dates back to the close of World War II, is one barrier keeping the two nations from finally signing a peace treaty to formally end hostilities from that war. Abe and Putin have now met 20 times in an official capacity, counting Abe's first stint as prime minister, but a major breakthrough has yet to materialize.

The two men also agreed to strictly enforce United Nations Security Council sanctions including limits on supplying oil to North Korea, geared toward denuclearizing the hermit state. Abe called on Russia to take on a greater role in applying pressure to its neighbor.

In their September talks, daylight appeared between Japan and Russia on the North Korea issue, with Putin claiming it was necessary for all relevant parties to participate in dialogue over the situation. Asked whether the Russian leader referred to such talks during Friday's meeting, a Japanese government source declined to give details.