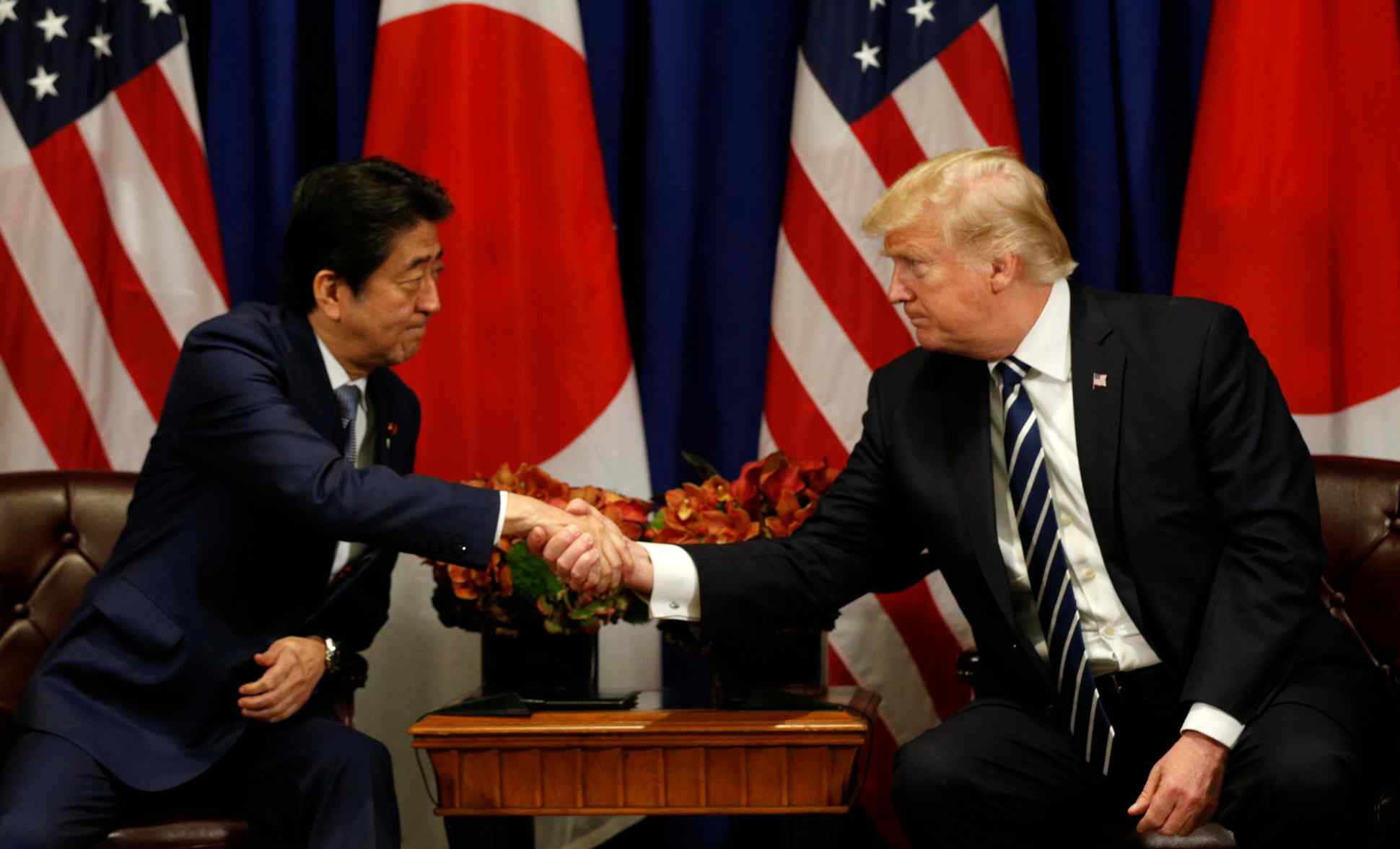 NEW YORK -- Japan and the U.S. will do their utmost to pressure North Korea to give up its nuclear and missile ambitions, Japanese Prime Minister Shinzo Abe said after a meeting here with U.S. President Donald Trump on Thursday. 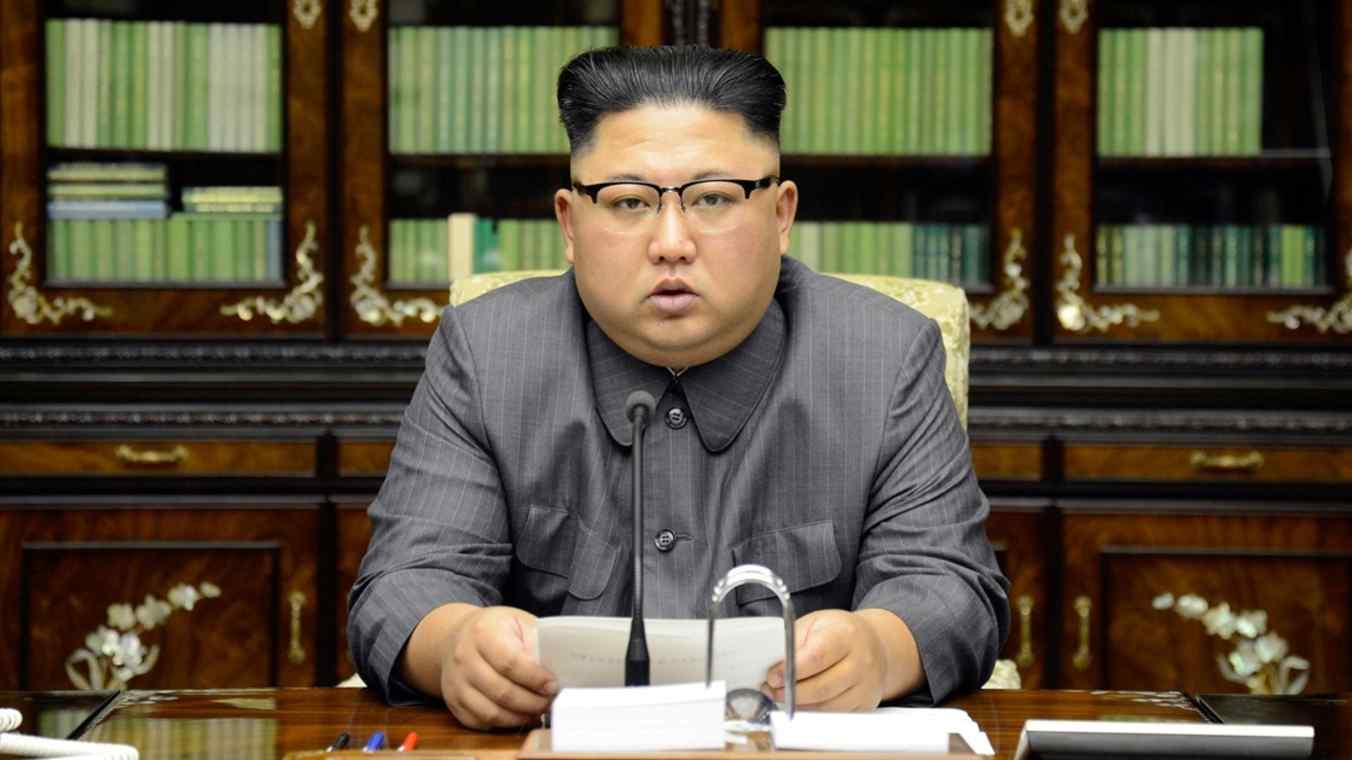 North Korea has world worrying about an H-bomb test

"I was able to reaffirm that Japan and the U.S. are 100% on the same page," Abe told reporters after the meeting, which lasted about an hour.

Also discussed at the meeting were long-unresolved abductions of Japanese citizens by North Korea. Abe and Trump confirmed that the two countries will work together to press Pyongyang on this point, as well as to secure the release of U.S. citizens held in North Korea.

The two leaders also agreed to step up efforts to realize Trump's first visit to Japan as president later this year.

Prior to their summit, Abe and Trump had a three-way meeting with South Korean President Moon Jae-in. The trio agreed to work closely to resolve the North Korea situation, specifically by persuading China and Russia to join in pressuring Pyongyang.

U.S. President Donald Trump on Thursday signed a new executive order to impose additional sanctions on North Korea. The move was in line with similar moves by the European Union, with its ambassadors reaching initial agreement on more economic sanctions on the same day, as the international community steps up its pressure on the rogue state.

"Our new executive order will cut off sources of revenue that fund North Korea's efforts to develop the deadliest weapons known to humankind," Trump said before a meeting with Japanese Prime Minister Shinzo Abe and South Korean President Moon Jae-in. The trio agreed to work closely to resolve the North Korea situation, specifically by persuading China and Russia to join in pressuring Pyongyang.

The executive order includes a range of industries, from financial services and fishery to information technology, in its scope for sanctions. The U.S. Secretary of the Treasury, in consultation with the Secretary of State, now has the authority to impose sanctions on companies with transactions with North Korea. Sanctions include measures like freezing of assets in the U.S.

On financial institutions specifically, the Treasury Secretary will have powers to prohibit the opening and maintenance of correspondent accounts or payable-through accounts in the U.S. related to the North.

"Foreign banks will face a clear choice. Do business with the U.S., or facilitate trade with the lawless regime in North Korea," Treasury Secretary Steven Mnuchin said at a press conference on Thursday.

The sanctions are thought to be primarily aimed Chinese and Russian companies, with both countries having strong relationships with Kim Jong Un's regime. However, Mnuchin said he had explained to Zhou Xiaochuan, the governor of the Chinese central bank, that the sanctions were "in no way specifically directed at China."

The executive order also prohibits aircraft and vessels from entering the U.S. within 180 days after departing from North Korea.

The U.S. sanctions, aimed at imposing sanctions on third-country entities, in this case those with dealing with North Korea, are known as secondary sanctions. The U.S. in 2005 restricted transactions with a bank in Macau suspected of money laundering on behalf of North Korea, which led to the bank closing its North Korea-related accounts.

The U.S.'s step is in line with the EU, with ambassadors from the 28 member states agreeing on principle to impose further sanctions on their own. EU foreign ministers are set to officially approve of the plans in their meeting on Oct. 16.

The EU measures are likely to include an oil embargo, which the latest United Nations resolution on North Korea failed to adopt. The measure is largely symbolic, as the EU does not export any crude oil to the rogue nation, but is aimed at pushing other countries to ban oil exports.

The EU is also expected to expand the ban on any investment in North Korea, and add several new North Korean officials to the sanctions list.

The 28-member group is also likely to impose a new limit on the size of money transfers to North Korea, currently capped at 15,000 euros ($17,900). According to the European Parliament, as of 2015, there were 583 North Korean registered passengers who had work permits within the EU, of which around 80% were in Poland. The new limit is aimed at restricting remittances back to the North, cutting off a source of funding for missile and nuclear development.