Abe approval down 5 points to 50% after cabinet reshuffle 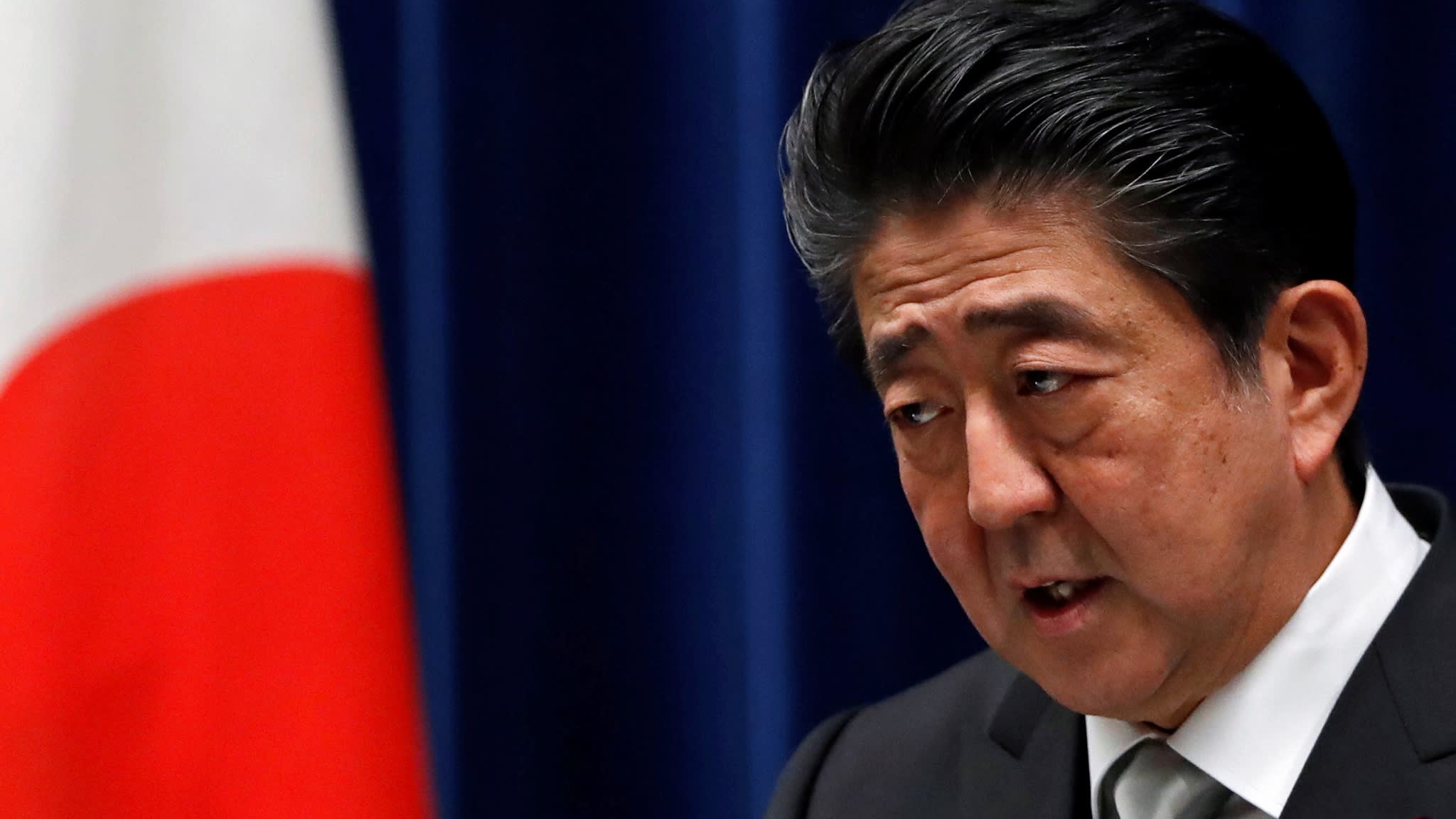 TOKYO -- The approval rating for the Japanese government dropped five points to 50% in the latest opinion poll, as the public gave a chilly reception to what it saw as a cabinet reshuffle by Prime Minister Shinzo Abe driven largely by internal politics.

The approval rating fell four points from September to 82% among supporters of the ruling Liberal Democratic Party, and nine points to 20% among independent voters in a two-day survey conducted by Nikkei and TV Tokyo this week. Overall disapproval rose three points to 42%.

The latest cabinet shake-up, in which Abe appointed 19 men and just one woman, was the first one that pushed down public support for him. The prime minister had enjoyed a bounce in approval after five of his six previous cabinet reshuffles. When he appointed a record five women to his team back in September 2014, his approval rating jumped 11 points to 60%.

This time, 44% said they were not happy with the cabinet changes, which was higher than the 28% who supported it. Of those disapproving the move, 26% said that Abe is too beholden to the different factions within the party. Seventeen percent were unhappy about the lack of younger appointees.

Of those who approve of the cabinet, 47% cited its stability, 34% its handling of international affairs, and 24% its leadership. On the other hand, personal distrust of Abe topped the reasons for those who disapproved at 48%. Respondents were allowed multiple answers to both questions. Meanwhile, almost half of the Japanese public support Abe's decision to start bilateral negotiations with the U.S. on tariffs, in a sharp reversal from polls just last month that showed overwhelming disregard for American demands on trade.

At a meeting with U.S. President Donald Trump last month, Abe agreed to start negotiations for a new Trade Agreement on Goods -- a framework to lower or eliminate tariffs on a wide range of categories, including agricultural products. Forty-five percent of respondents said they supported this move, while 36% did not.

Last month's poll had found that 76% of respondents did not believe Japan needed to respond to U.S. demands that it address the countries' trade imbalance.

When asked what issues they wanted Abe to focus on going forward, 41% of respondents said improvements to the social welfare system, followed by the 40% who named economic recovery. Foreign policy and national security were cited by 32% and education 30%. Constitutional change, which Abe hopes to start a motion for this fall, garnered just 13% of interest.

Support for the LDP dipped slightly to 46% from 48% in the last poll. The percentage of independents remained flat at 33%.

The poll was conducted through random digit dialing on Tuesday and Wednesday, receiving 943 responses from those age 18 and above, for a response rate of 42.9%.