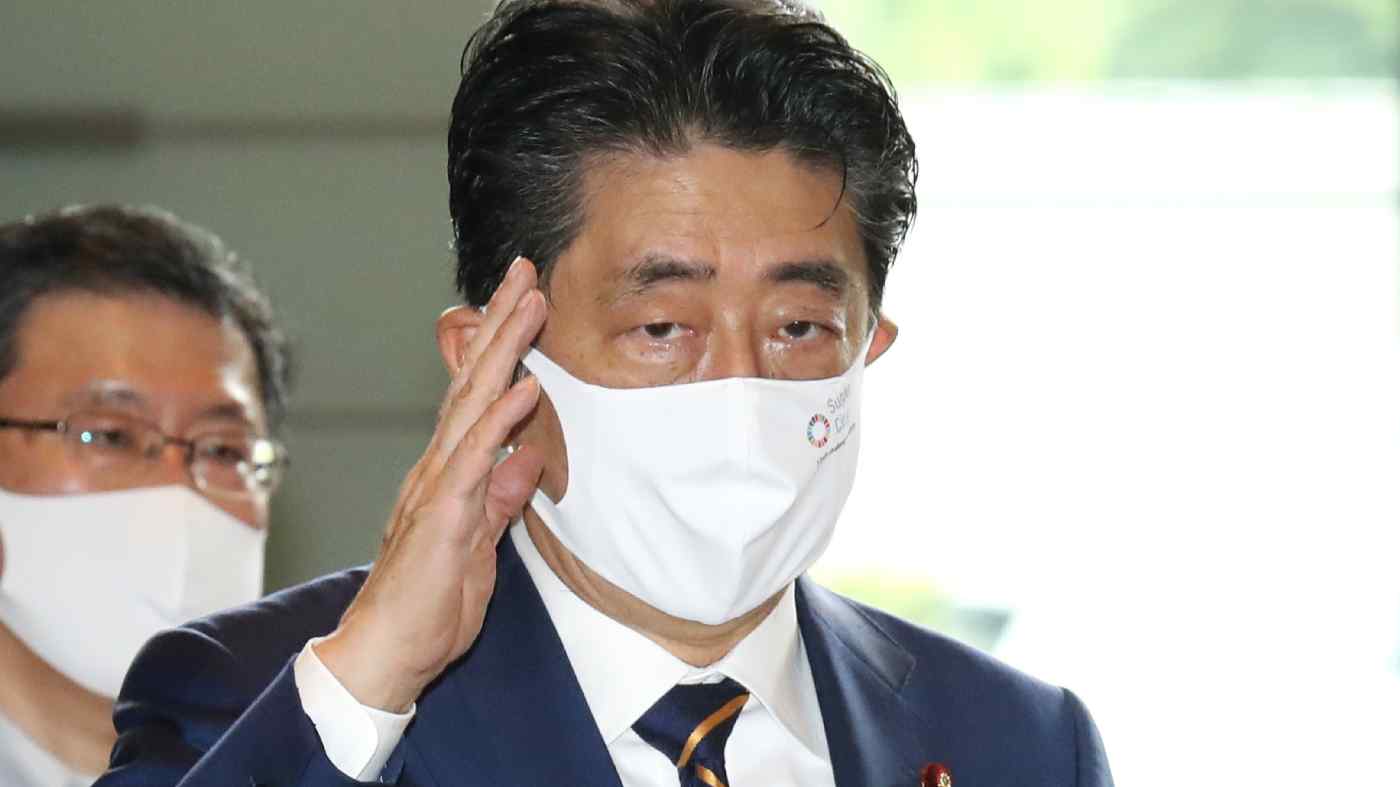 TOKYO -- Outgoing Prime Minister Shinzo Abe on Friday released a report calling for his successor to deepen deliberations on Japan's missile defenses, such as acquiring capabilities to strike weapons in enemy territory before they can attack the country.

In light of China's military expansion and other changes in the security environment, the government should reach conclusions on the issue before the end of this year in collaboration with the ruling parties, Abe said.

Adopted by the government's National Security Council earlier in the day, the statement is more Abe's personal view than policy requiring approval by the cabinet.

"I hope the next cabinet will discuss the matter thoroughly. It is quite natural to deepen the discussion," Abe told reporters after the NSC meeting.

Abe called for conclusions on two key issues about Japan's missile defenses: an alternative to a canceled plan to deploy Aegis Ashore missile defense systems, and the reinforcement of capabilities to deter enemy missile attacks.

Despite the country's pacifist constitution, the government maintains that the capability to attack enemy military facilities is allowable if it is the sole means of defense and Japan does not resort to a first strike. But the government has avoided the option due to political considerations, anticipating strong criticism from opposition parties and neighboring countries.

If Japan becomes capable of attacking enemy military facilities, Japan-U.S. joint military operations will be able to cover wider ranges and improve their power of deterrence. A senior official in Washington said the U.S. government would welcome Japan's possession of such capabilities.

On the question of the possession of such capabilities, Chief Cabinet Secretary Yoshide Suga, who is widely expected to succeed Abe, said, "We will deal with it while watching deliberations in the ruling camp."