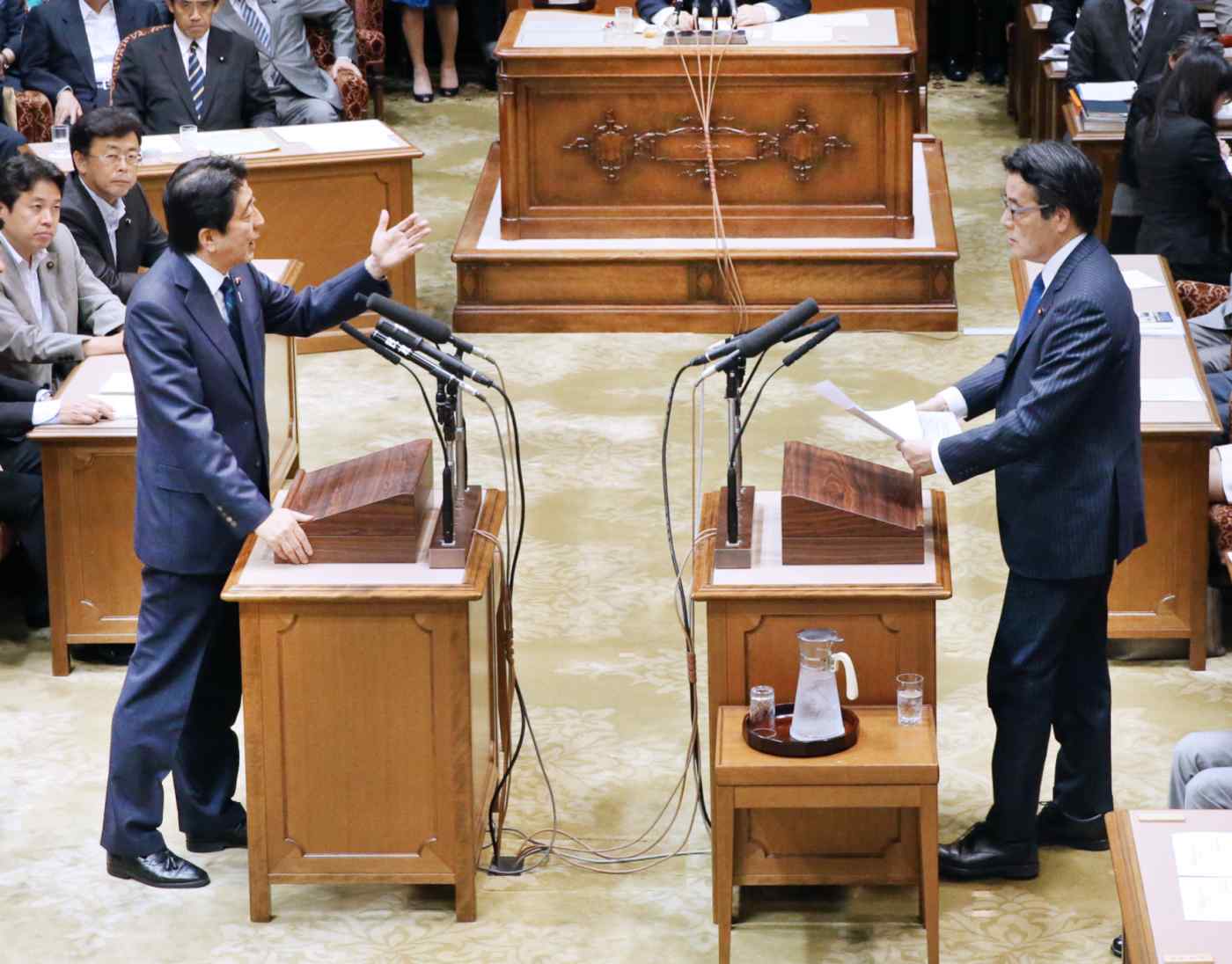 TOKYO -- Prime Minister Shinzo Abe on Wednesday stood firm on his assertion that new security legislation permitting broader defense powers does not violate Japan's pacifist constitution. But the head of the top opposition party warned that its ambiguous rules regarding the use of force could lead to future abuses.

Sparring with Abe in parliament, Democratic Party of Japan leader Katsuya Okada challenged the prime minister to justify his cabinet's reinterpretation of Japan's pacifist constitution to allow the country to defend an ally under attack.