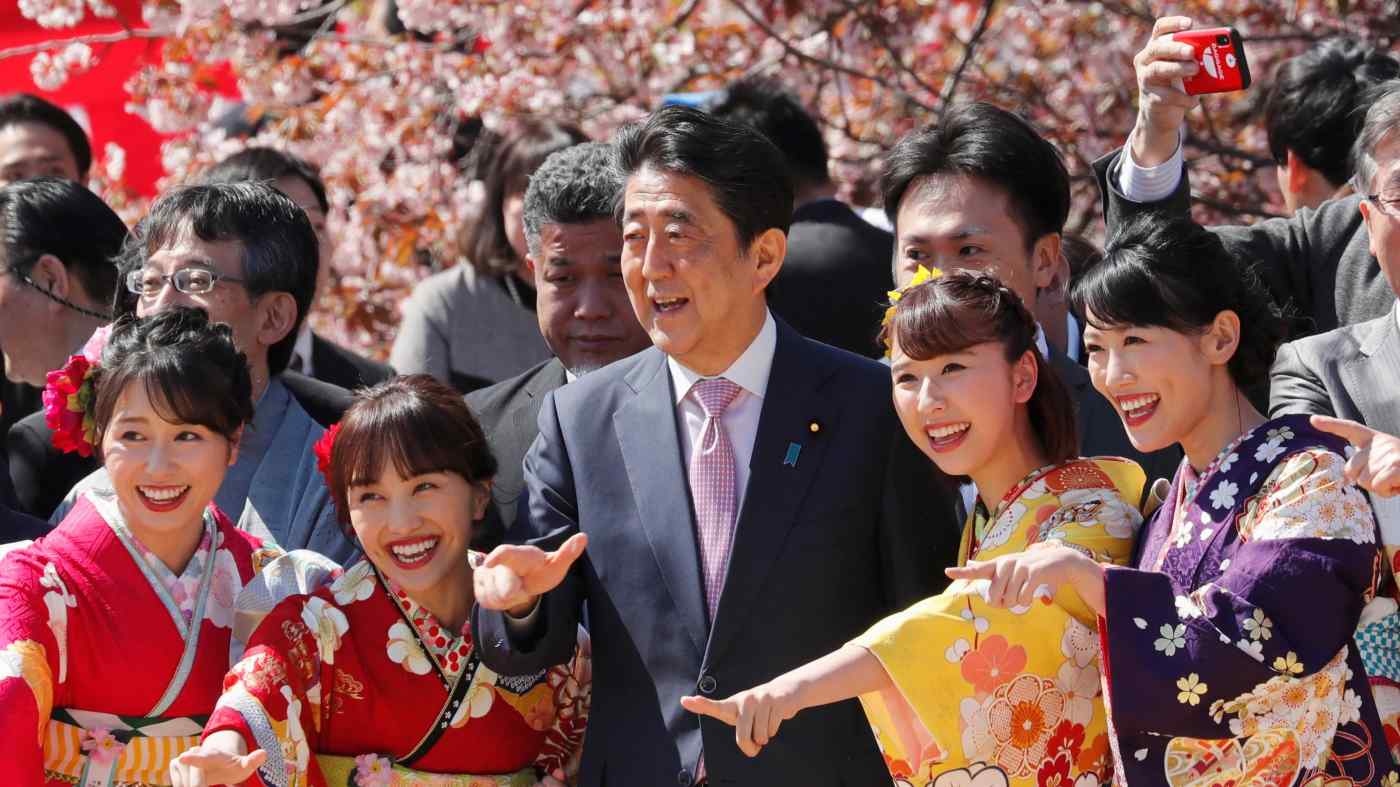 TOKYO -- If Japanese Prime Minister Shinzo Abe has a kryptonite, it might prove to be cherry blossoms.

Abe in late November became the country's longest-serving prime minister. But accusations that he used taxpayer-funded cherry blossom viewing parties to reward his political supporters have resonated online like few other scandals, a new study of Twitter activity has found.