Abe counts on legislative gains to bolster his re-election bid 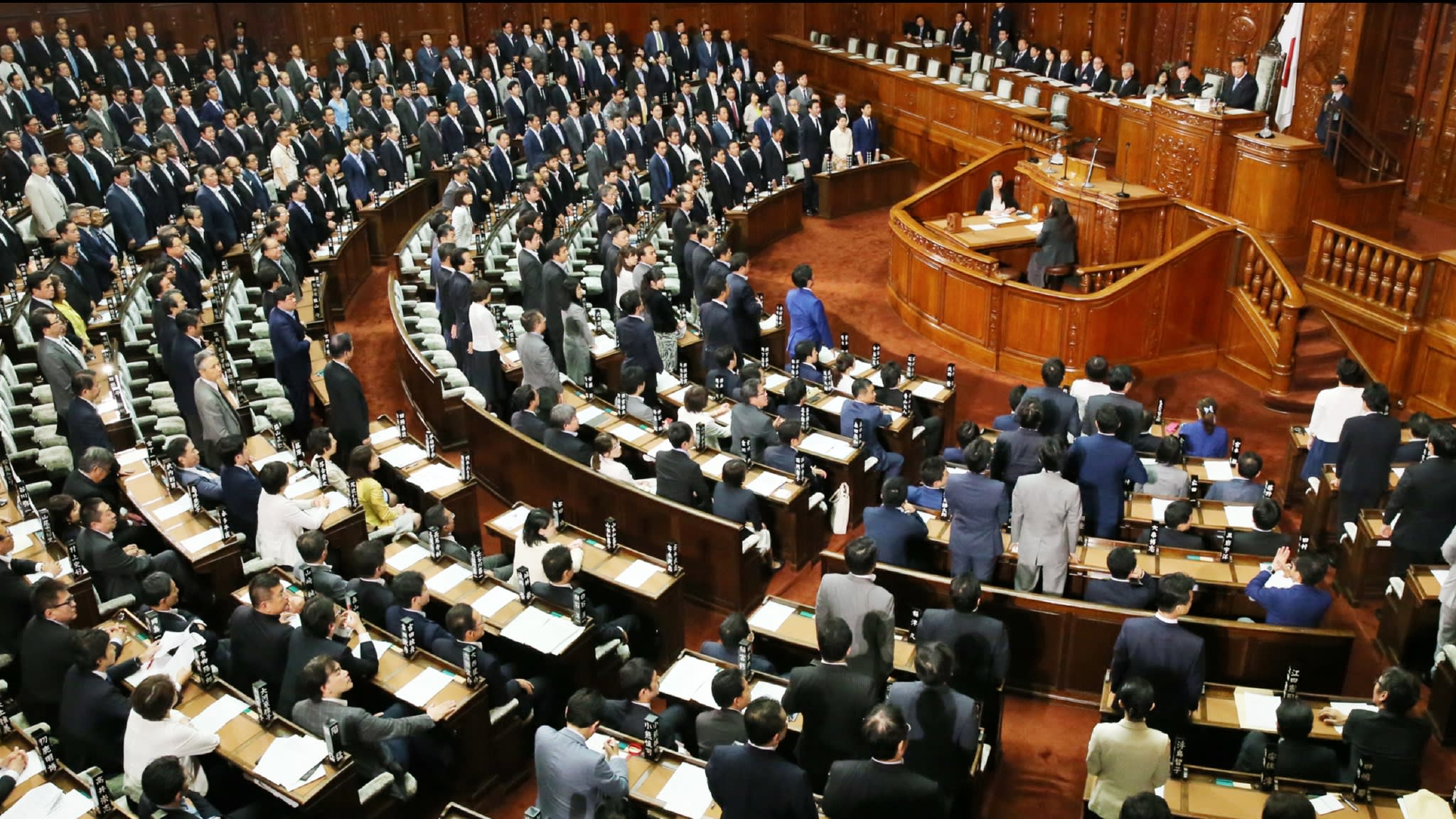 The powerful lower house of Japan's parliament decided to stay open until July 22, rather than close this week as had been scheduled. (Photo by Uichiro Kasai)
Nikkei staff writersJune 21, 2018 07:45 JST | Japan
CopyCopied

TOKYO -- Japanese Prime Minister Shinzo Abe made careful calculations that extending the parliamentary session to pass a casino resort bill and other key legislation would help his bid for another term as the ruling Liberal Democratic Party leader.

The lower house on Wednesday approved extending the Diet session, scheduled to end that day, until July 22. The Abe-led ruling coalition decided that at least one month is needed to pass pending legislation that also includes work reform-related bills and revisions to the public offices law that would increase the number of upper house seats by six.

The doctoring of public documents by ministry bureaucrats and a favoritism scandal rocked the government during the current session, with more of the public disapproving of the cabinet than supporting it. As parliamentary sessions provide the opposition a perfect stage for attacking the government, Abe should want to wrap up the session as planned.

But Abe decided to keep the Diet open for another month. Without work-reform legislation or a casino resort bill, the prime minister would not have much to show for the session. And that could be a problem as he seeks an easy win in the LDP presidential election in September.

In particular, Abe could not ignore the wishes of LDP upper house members. Hiromi Yoshida, the party's secretary-general in the upper house, is the driving force behind the electoral reform bill that will increase the number of upper house seats. He is close to Mikio Aoki, a power broker once known as the boss of the LDP upper house caucus who can whip up votes among caucus members to rally behind a candidate of his choice.

Yoshida has not said whom he would support in the LDP presidential election, saying it is up to Aoki to decide. Passage of the bill thus is directly linked to Abe's ability to gain support from upper house party members. 53% of Japanese public snubs Abe as scandals grind on

There is also the matter of Komeito. The junior coalition partner would grow reluctant to back the controversial integrated-resort bill allowing casinos as next spring's nationwide regional elections and next summer's upper house election draw closer. Voting for it during the extended session will be more palatable for the party.

Abe is also willing to offer the coalition partner political cover on the casino issue by passing legal revisions to waterworks law, an effort that plays much better with Komeito's base, during the extended time.

Abe's extra consideration comes after the party played a key role in getting an LDP-backed candidate elected governor of Niigata Prefecture on June 10. Vote-rallying efforts by Komeito and Soka Gakkai, a large lay Buddhist organization for which the party serves as a political arm, proved effective.

Aside from drumming up support from allies, extending the legislative session also handicaps Abe's potential challengers in the party election. LDP members customarily refrain from campaigning activities for party elections during Diet sessions. With the session now set to end July 22, potential challengers effectively have a month subtracting some time for August's Bon holidays -- before campaigning officially begins in early- to mid-September.

"At present, many Diet members support the prime minister, and there is little momentum" among opposition candidates, said an Abe supporter in parliament. The consensus among lawmakers is that Abe will do well in a short battle.