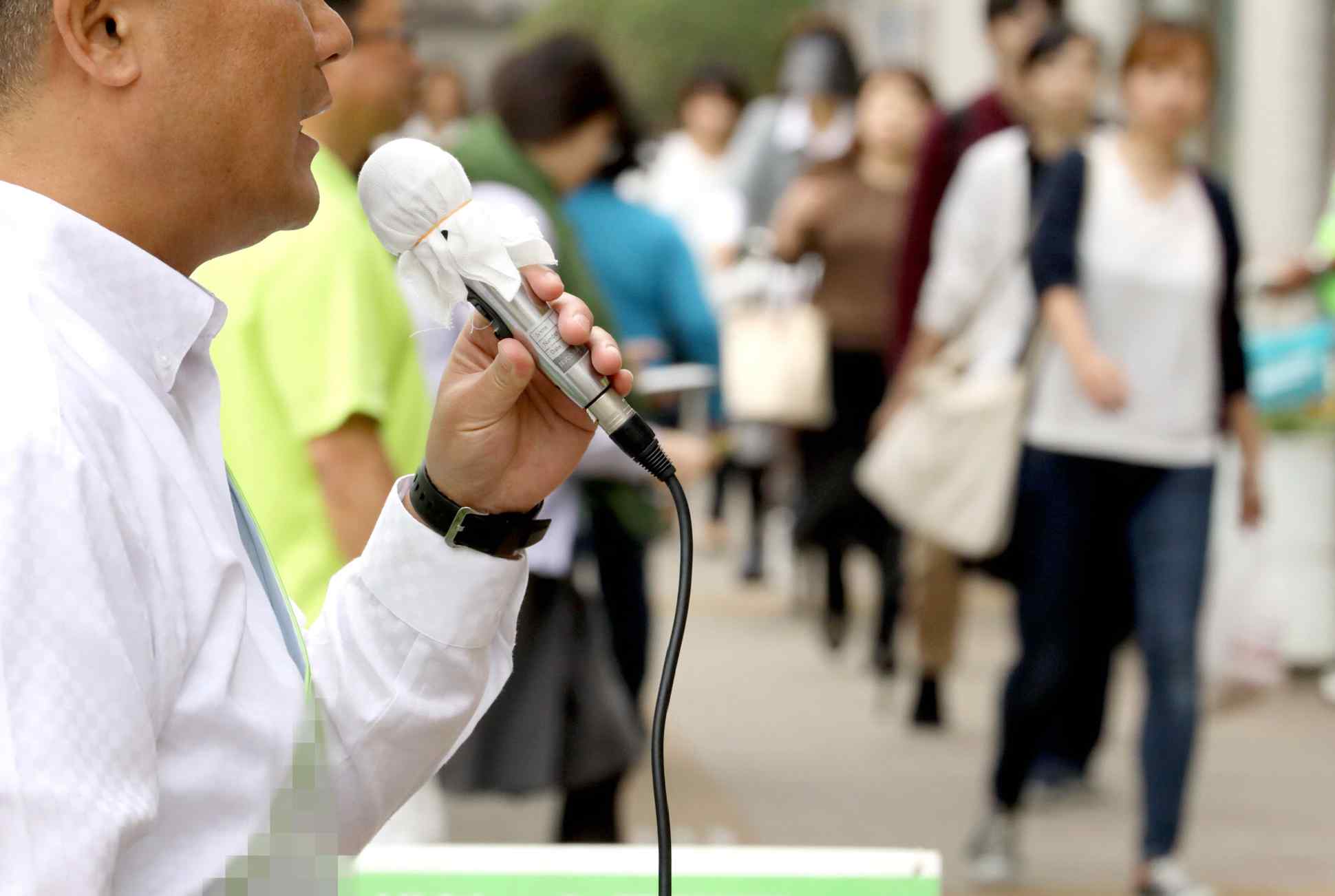 Candidates in Japan's Oct. 22 general election are hitting the streets to appeal to voters.
Politics

TOKYO -- Though Prime Minister Shinzo Abe appears to have far more critics than supporters, his ruling coalition seems likely to maintain its solid grip over Japan's electorate thanks to a divided opposition and deep regional ties.

A Nikkei Inc. poll conducted Tuesday and Wednesday found that 48% of the Japanese public disapproves of the Abe government, while only 37% approves. Yet Abe's Liberal Democratic Party and junior partner Komeito are on track to win roughly 300 of the 465 seats in the Diet lower house election Oct. 22.

In many urban constituencies, rivalries among opposition forces have let ruling coalition members grab the upper hand. Take the fourth district of Tokyo, where an LDP incumbent holds a solid lead over candidates from Tokyo Gov. Yuriko Koike's Kibo no To -- or Party of Hope -- the Japanese Communist Party and the new Constitutional Democratic Party of Japan. The three latter candidates together command more support than the LDP member, suggesting that the opposition could have benefited in this district by banding together.

This pattern appears in rural areas as well. The Party of Hope is competing against an independent former representative it refused to endorse in the third district of Shizuoka Prefecture, and the LDP candidate has taken the lead instead.

The LDP and Komeito have a good chance to win 213 of Japan's 289 single-seat districts, the Nikkei poll found. But the five major opposition parties together have more support than the ruling coalition in 100 of those districts.

Receding expectations for Koike play a role as well. The rising political star previously said that the public will "choose the next government" with this election, and she was expected at one point to become the flag bearer for Abe's critics. A Koike-led local party dominated the Tokyo Metropolitan Assembly race in July, but she has evoked much less enthusiasm this time around.

Her Tomin First no Kai, which promised to put "Tokyoites first," won 34% of the vote in the metropolitan race. But the Party of Hope is seen garnering only about 16% support for proportional representation in Tokyo. Though these figures cannot necessarily be compared, she seems to be losing momentum even in her stronghold.

Koike's proteges scored victories in both single- and multiple-seat constituencies during the Tokyo race. Forty-nine out of 50 Tomin First candidates won a seat, 39 of whom had little experience or name recognition. Voters clearly placed their faith in Koike, not the individual candidates.

But for the general election, the Party of Hope seems to have a chance in only three of Tokyo's 23 voting districts. Fresh-faced candidates hoping to capitalize on Koike's popularity have encountered an uphill battle.

The leading opposition Democratic Party tried to join the Party of Hope, but Koike declined to endorse the more liberal members of that party, leading them to form the Constitutional Democrats.

"The whole feel of the campaign changed when Ms. Koike said she will 'eliminate' the left wing of the Democratic Party," a Party of Hope member said. Koike also is open to amending the constitution in cooperation with the LDP, another stance that dampened her support among Abe's critics.

Major opposition parties also failed to reach some far-flung constituencies, leaving local voters little alternative to the LDP or Komeito. Fifty-one districts nationwide have no candidates from the Party of Hope, the Constitutional Democrats or the Japan Innovation Party. Twenty-two have shaped up into head-on battles between the ruling coalition and the Japanese Communist Party or Social Democratic Party, but the opposition camp is struggling in most of them.

The opposition has struggled to find any foothold in the more conservative areas. In Miyagi Prefecture's sixth district, nearly 80% said they will vote for the LDP candidate, while just 10% supported the only competition, a Communist.

Half of the Nikkei poll's respondents in that district did not support the Abe government, while fewer than 40% said they did. Yet roughly 70% of those who opposed the prime minister still intended to vote for an LDP candidate. The ruling party has won all five races there since 2003.

Even in the first district of Hiroshima Prefecture, a majority of the government's critics still backed the LDP candidate. The party has held this constituency since 1996.

The LDP has spent years in these areas fostering ties to businesses and developing a network tightly woven into the community. Many lawmakers based there are second- or third-generation officeholders who can count on rock-solid local support, regardless of swings in cabinet approval.

Support for the LDP stands at 36%, roughly half the level before the 2012 and 2014 general elections -- both of which the party won by a landslide. Ever since Abe began his second stint as prime minister in 2012, the LDP has maintained public support of at least 30% and won a series of national elections. Though confidence in the government has flagged, the ruling party itself seems to remain on solid footing.