Learning from past prime ministers 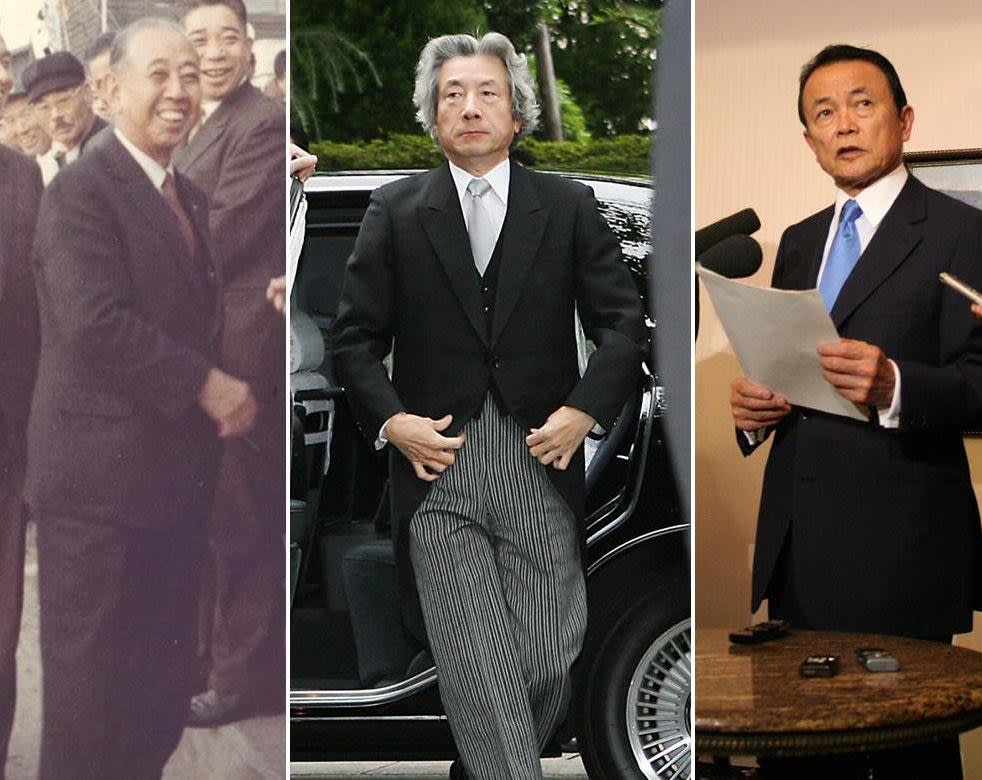 TOKYO -- After two years in office, Prime Minister Shinzo Abe has decided the time is right to exercise his prerogative. On Nov. 21, he dissolved the lower house of parliament.

In making the move, Abe evidently took into account some of his predecessors' successes and failures, particularly those of Junichiro Koizumi, Taro Aso and his grandfather, Nobusuke Kishi.

"We would like to ask the public to judge whether our growth strategy is correct," Abe said in a Nov. 20 speech in Tokyo. The prime minister is positioning the election as a referendum on whether he should continue to push ahead with his economic agenda, known as Abenomics.

The call is reminiscent of Koizumi's decision to dissolve the lower house for a general election in August 2005. At that time, bills to privatize the postal service had been voted down in the upper house. Koizumi acted. "I would like to ask the public whether they support the privatization of postal services," Koizumi said. He achieved a landslide victory in the snap election.

Abe is "strongly conscious of the postal dissolution," said one of his aides.

Koizumi's decision was criticized, even by members of his own Liberal Democratic Party, as "unreasonable." Critics argued the bills should be put to a second vote in the more powerful lower house. Koizumi brushed off the opposition and led the LDP to an overwhelming election victory.

Some members of today's Abe-led LDP are questioning whether this election is necessary, given that there is no parliamentary stalemate on legislation to put off the planned sales tax hike. Abe, however, is thinking of "how to attract popular attention" as Koizumi did, according to a person close to the prime minister.

Koizumi overcame resistance to his policy by winning strong popular support. He was helped by "Koizumi Theater," as his often dramatic news conferences were called.

"I found myself isolated as I thought [about an election] too much, and so my timing was wrong," Aso, who currently serves as deputy prime minister and finance minister, reportedly told Abe Nov. 17. The two were returning on a government plane from the Group of 20 summit in Australia. Although Aso opposes a delay in the sales tax increase, he immediately nodded when Abe told him of his decision to dissolve the lower house, according to someone familiar with the conversation.

Aso took office as prime minister immediately after the crisis following the bankruptcy of U.S. investment bank Lehman Brothers, in September 2008. Although he was widely expected to dissolve the lower house immediately, he prioritized addressing the impact of the Lehman shock and thus failed to call a snap election at the most opportune time.

The Democratic Party of Japan came to power in a landslide after Aso dissolved the lower house in July 2009, just before the termination of its members' terms. Today, Aso apparently supports Abe's decision.

Chief Cabinet Secretary Yoshihide Suga, then-deputy director-general of the LDP's election strategy committee, advised Aso against immediately dissolving the lower house. In the election that eventually followed, Suga beat the DPJ candidate running against him by a margin of several hundred votes. He has since cited that figure as a reminder to "never repeat the mistake," a person close to him said.

This time around, Suga has supported a snap election from the start.

Kishi's experience also is factored into Abe's decision. Following an agreement in 1960 between Japan and the U.S. to amend their bilateral security treaty, Kishi told Shojiro Kawashima, the LDP's secretary-general at that time, he intended to dissolve the lower house. Kawashima's opposition convinced Kishi to drop the plan. Kishi eventually resigned to take responsibility for the confusion caused by the process of ratifying the revised treaty. Japan was shaken by chaos as the treaty took effect.

Kishi wrote in his memoir that he should have dissolved the lower house when he initially intended to. Abe has recently referred to the episode frequently.