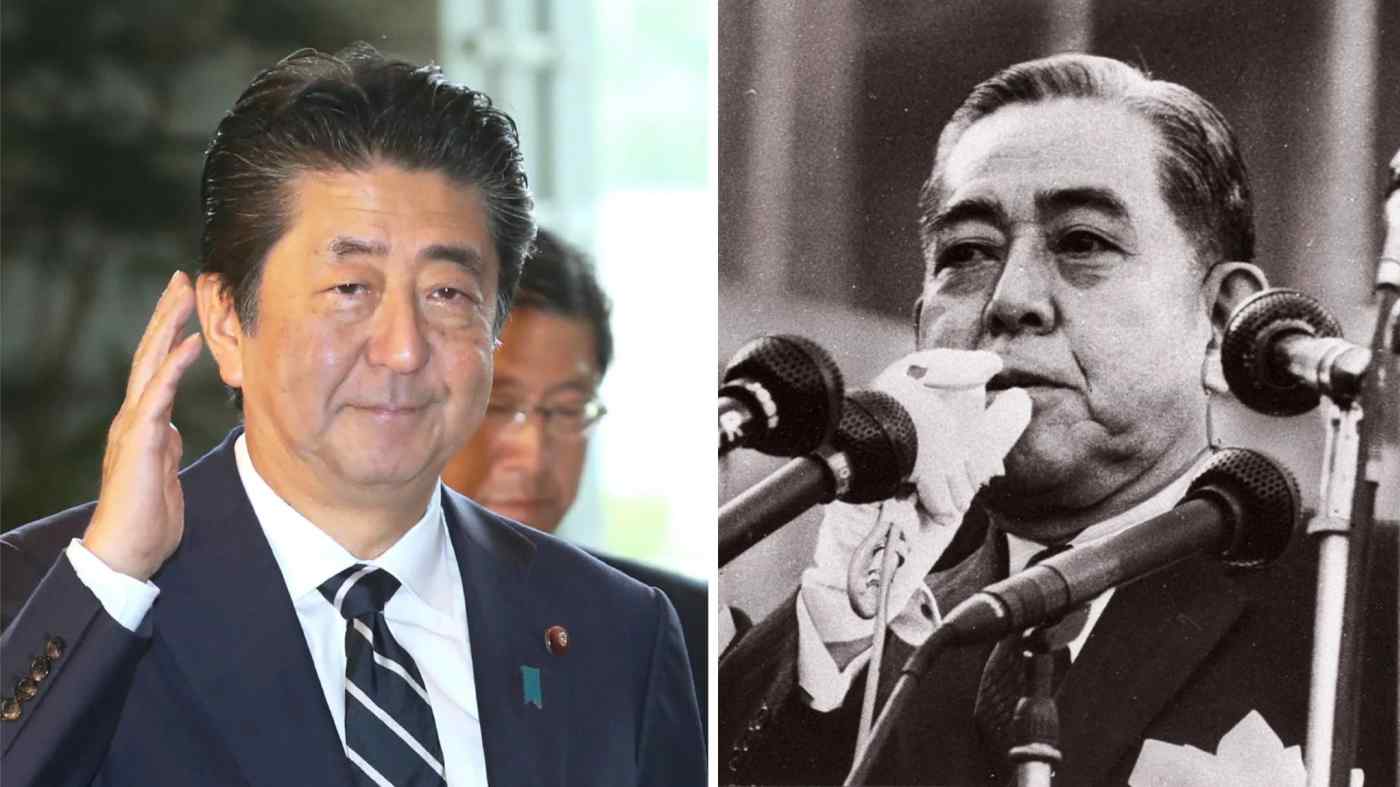 As of that day, Abe had served as many days in office as Eisaku Sato, who became prime minister a month or so after Tokyo hosted the 1964 Summer Olympics. Sato was the brother of Abe's grandfather.

If Abe remains in office until late November, he will surpass record holder Taro Katsura, who held office for 2,886 days in the early 20th century.

Abe has led the LDP to six straight victories in parliamentary polls since 2012, when his party returned to power after three years in opposition.

The biggest task for his new cabinet, which takes office next month, will be bringing a proposal to revise Japan's constitution to fruition.

But Abe's government faces no shortage of other challenges. In economic policy, Tokyo must guide Asia's second-largest economy through a consumption tax hike in October while continuing talks on a trade agreement with the U.S.

In foreign policy, relations with South Korea deteriorated further this week as Seoul decided to scrap a bilateral intelligence-sharing agreement that helped the U.S. allies coordinate against North Korea. Abe must also contend with American calls to cooperate in securing the Strait of Hormuz, an artery for oil flowing to Japan.

Abe served a troubled stint as prime minister in 2006 and 2007 before making a comeback in 2012. The first half of his time in office since 2012 was dominated by Abenomics, his government's plan for rekindling consumer price growth with fiscal and monetary stimulus. But the Bank of Japan's inflation goal remains distant, even as public concern grows about the sustainability of social welfare programs.

Abe "deserves credit for helping employment recover from long-running deflation and bringing us to a state that is not deflation," said Yasuhide Yajima, chief economist at the NLI Research Institute in Tokyo. "What people want now is something beyond that," he said.

The prime minister said in July that he seeks to advance social security reform that gives "peace of mind for all generations."

Harukata Takenaka, a politics professor at the National Graduate Institute for Policy Studies here, said he hopes that the government will take "drastic" measures on this front, such as extending employment into old age.