Ahead of trade talks in Japan, US leader takes in national sport 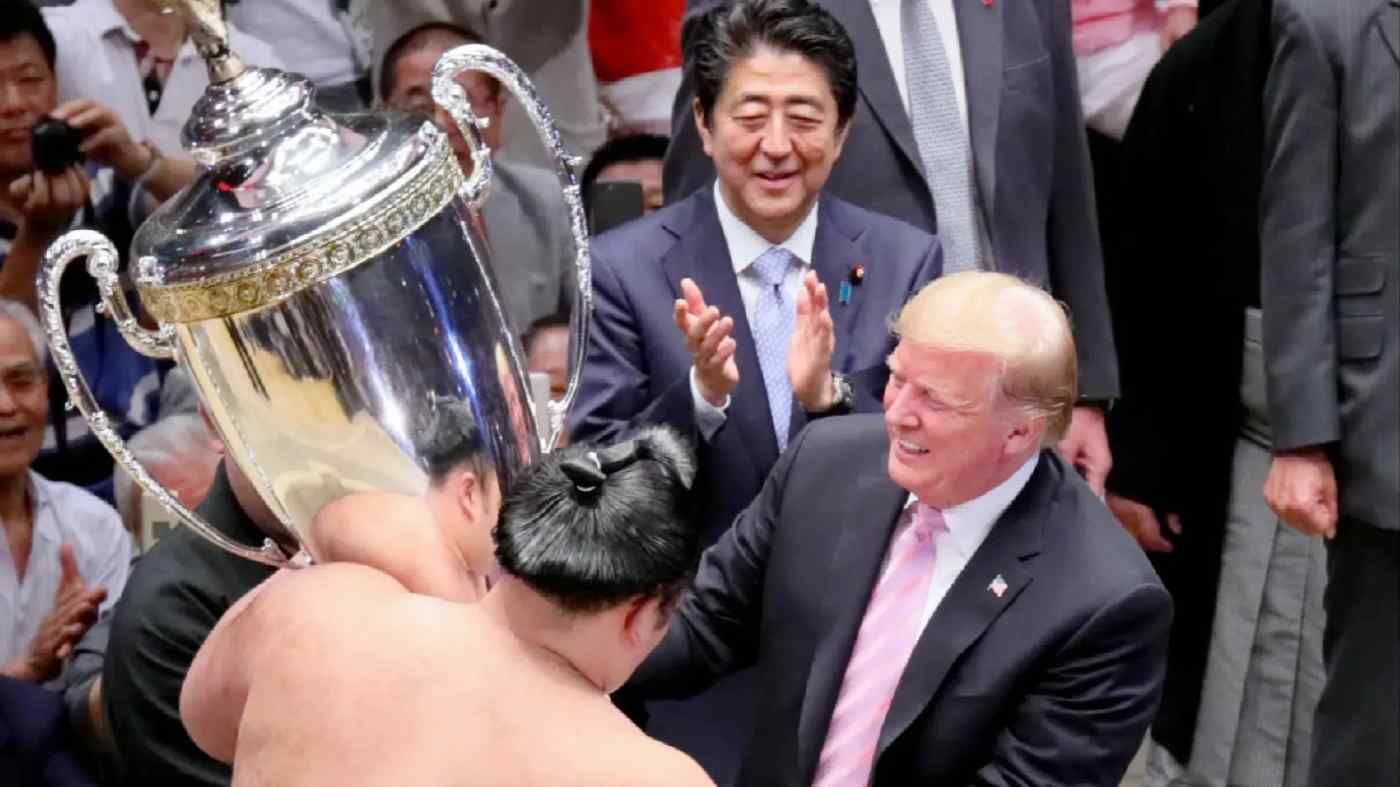 TOKYO -- U.S. President Donald Trump presented a custom-made trophy to the winner of a sumo tournament in Tokyo on Sunday, marking the first time a sitting American president has appeared at an event for Japan's national sport.

Trump attended the tournament on the second day of his four-day visit to Japan, after playing golf with Prime Minister Shinzo Abe and pro golfer Isao Aoki at Mobara Country Club in Chiba, near Tokyo. Dinner followed sumo at a restaurant in Tokyo's upscale Roppongi district.