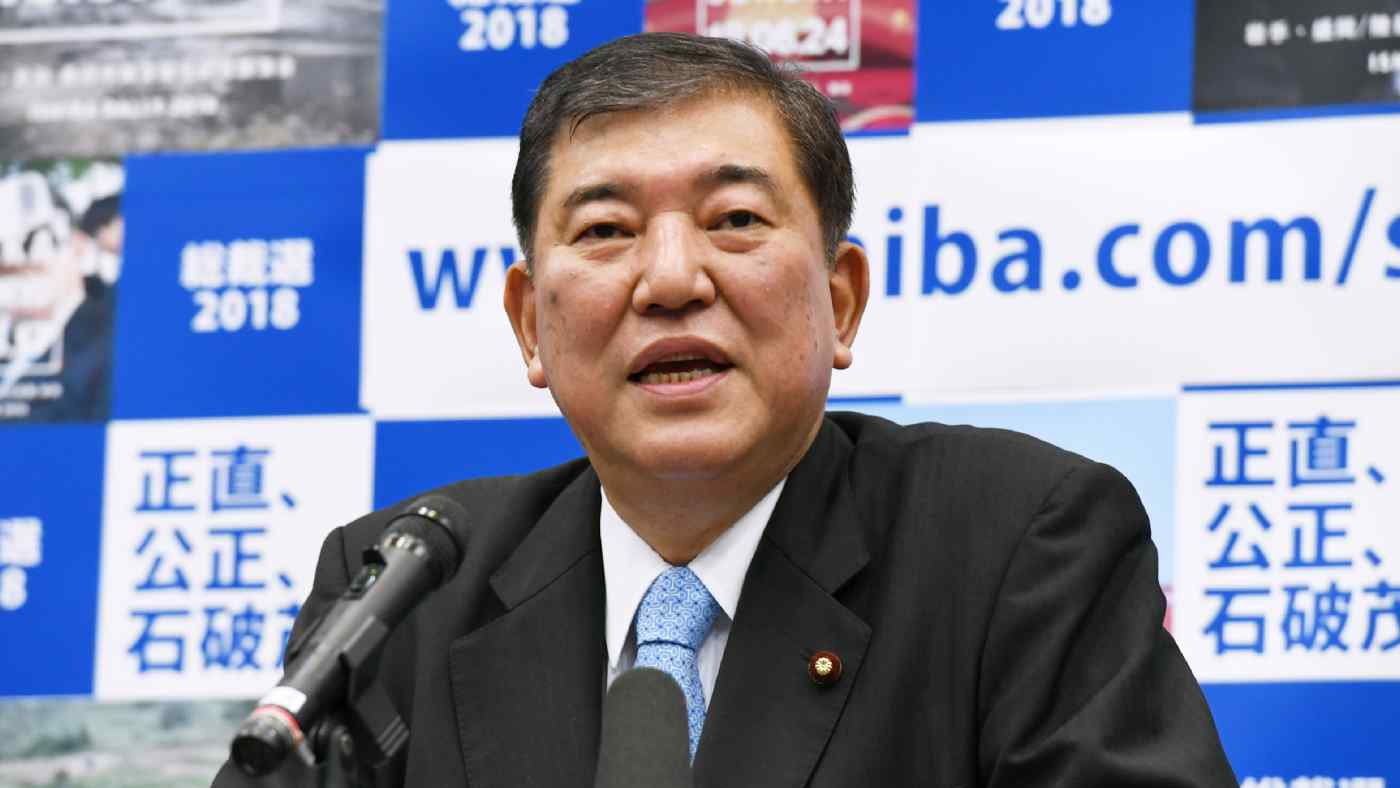 TOKYO -- Japan's Shigeru Ishiba, the leading contender to Prime Minister Shinzo Abe in next month's leadership race for the ruling Liberal Democratic Party, has called for a shift away from Abe's growth-first economic policy to one stressing fiscal discipline.

Ishiba, a previous defense minister and LDP secretary-general, on Monday offered his own vision, which includes reform of Japan's social welfare system, should he win the Sept. 20 contest. He also unveiled diplomatic and other policies.