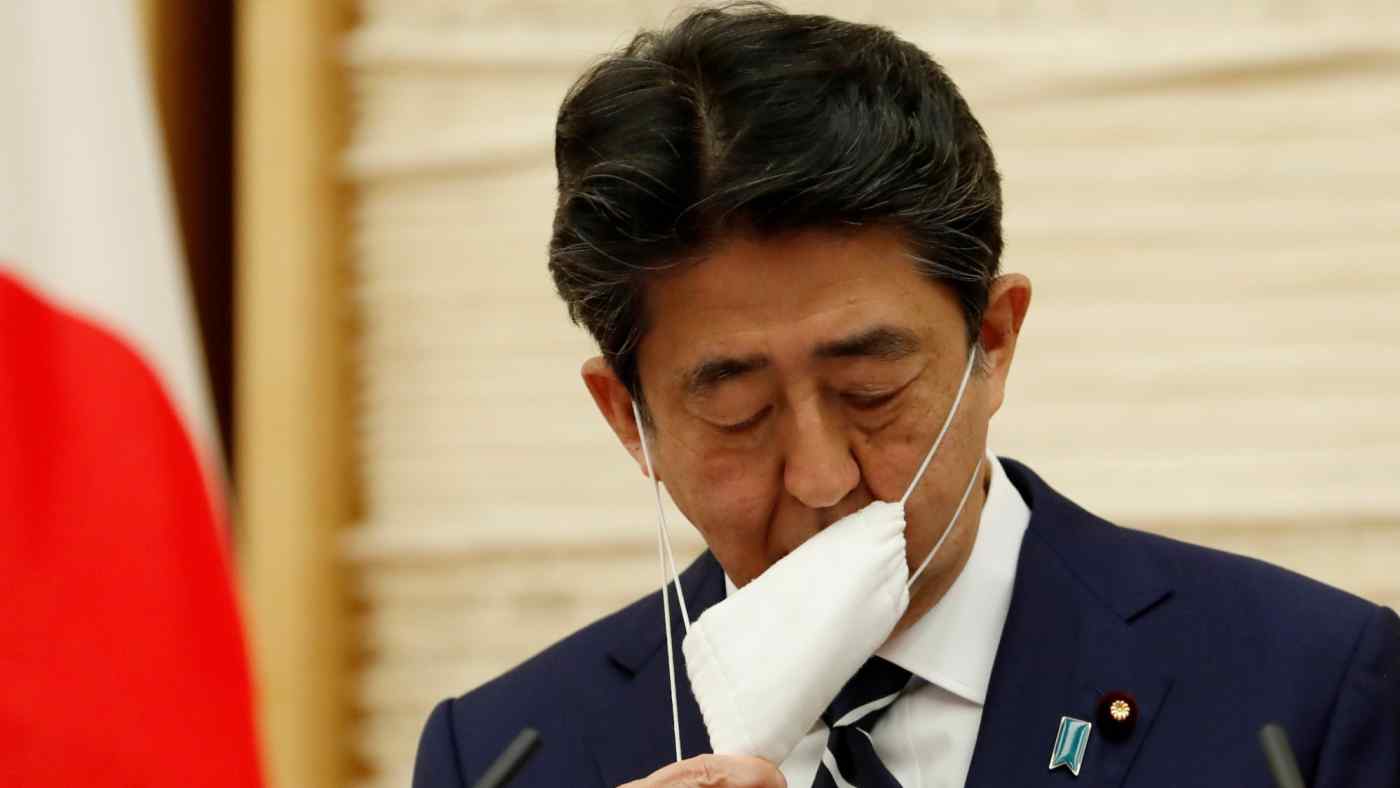 TOKYO -- The approval rating of Japanese Prime Minister Shinzo Abe's government sank 11 points from the previous month in June to 38% in a new Nikkei survey, matching the lowest level during his second stint in office.

While Japan has logged relatively few coronavirus infections, the economic response has been criticized as too slow, especially the 100,000 yen ($930) cash payments to every resident. That money has been slow to arrive to recipients, critics say, while people read reports of South Korea swiftly making payments in a similar program.