Abe's approval rating climbs back above 50% 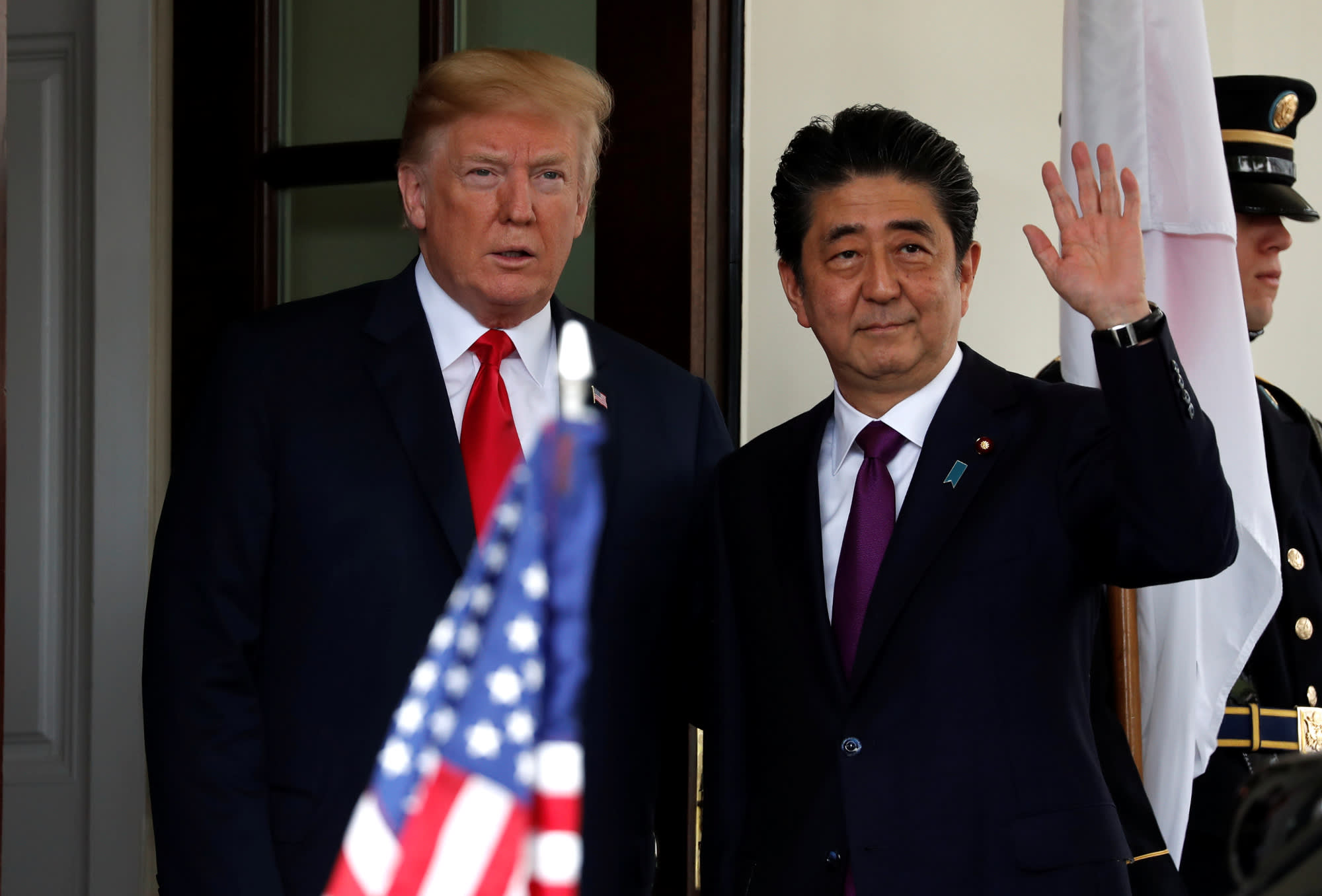 Prime Minister Abe got high marks from the Japanese public for his diplomatic efforts abroad, but the scandals brewing around his administration are still exacting a cost.   © Reuters
Nikkei staff writersJune 25, 2018 03:14 JST | Japan
CopyCopied

TOKYO -- Support for the cabinet of Japanese Prime Minister Shinzo Abe now exceeds disapproval for the first time in several months, with the public eager to see summit talks with North Korea but still dissatisfied with the handling of domestic scandals, a Nikkei survey showed.

Support for the cabinet rebounded 10 points from last month's reading to 52% while disapproval sank 11 points to 42%. The approval rating had plunged to the low 40% range starting in March as corruption allegations beset the government. The survey was conducted Friday through Sunday by Nikkei Inc. and TV Tokyo Holdings.

A leading 37% of cabinet supporters cited its international sensibility as the reason, while 36% appreciated its sense of stability and 22% its leadership. Support among men grew to 56% from 48% in May. Among women, it grew to 45% from 33%.

Regarding diplomacy with North Korea, 60% said Abe should meet with the once reclusive state's leader, Kim Jong Un, soon, while 33% felt there was no need to hurry. Just 32% believed there was hope that the Abe government would resolve the issue of the North's kidnapping of Japanese citizens in the 1970s and '80s, while 60% expressed doubt.

Over half of respondents, or 55%, said they approved of what was achieved at U.S. President Donald Trump's summit with Kim in Singapore on June 12, while 35% said they did not.

The public, however, expressed widespread dissatisfaction with the government's attempts to explain away long-running scandals.

Abe has been accused of using his influence to press for approval for a project by his friend Kotaro Kake, director of the Kake Educational Institution, to build a veterinary school in Ehime Prefecture. The prime minister claimed to have only found out about the project when it received the green light in January 2017, but recently unearthed documents undermined that assertion, detailing a meeting between Abe and Kake in February 2015 where they allegedly discussed the idea. Both have denied the meeting took place, but just 20% of respondents said they could accept that denial, while 70% could not.

Abe's wife Akie is also suspected of being involved in a cut-price land sale to nationalistic school operator Moritomo Gakuen, and Ministry of Finance documents related to the matter were found to have been doctored. Of those polled, 75% said the punishment of people involved with the falsification had not resolved the matter, while just 18% said it had. 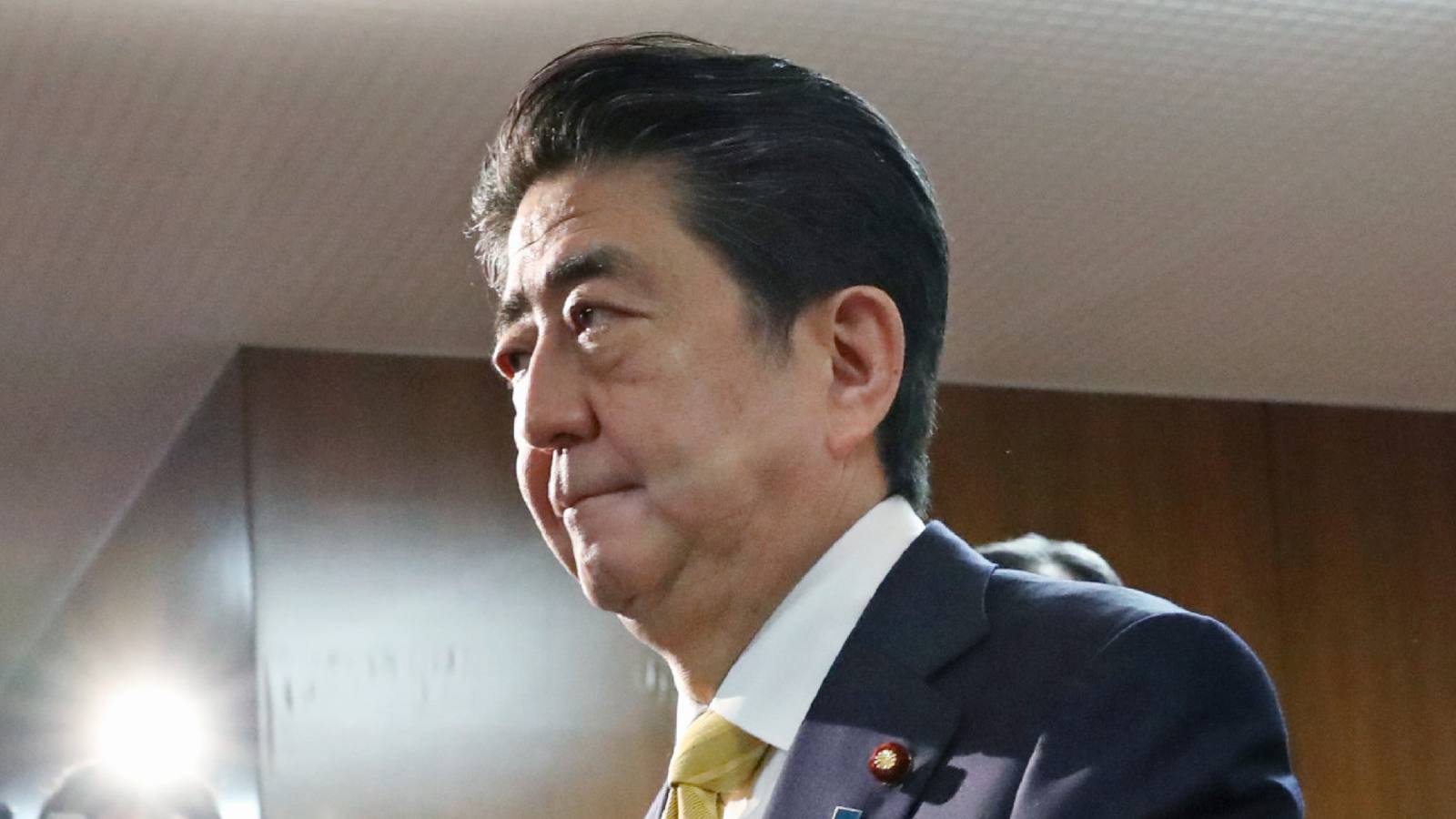 A bill allowing integrated resorts that incorporate casinos, a key goal of the Abe government, was opposed by 53% of respondents, while 33% approved of it. The numbers were reversed among those supporting the cabinet, with 49% favoring the bill and 36% against it.

Abe was favored to be re-elected president of the ruling Liberal Democratic Party when his term expires in September by 30% of respondents, his first time in the lead since April. Polling in second place was Shinjiro Koizumi, the party's chief deputy secretary-general and son of popular former Prime Minister Junichiro Koizumi, with 26%, followed by former LDP secretary-general Shigeru Ishiba with 20%.

LDP-supporting respondents favored the prime minister by 52%, with Koizumi a distant second at 20%.

Asked to pick one or more policy they hoped for under the party's next president, a leading 43% said fleshing out social security. Economic recovery was the next-most-popular choice at 39%, with 30% support for both improving education and stepping up diplomacy and national security. Fiscal reform, a major talking point for LDP members seen as potential successors to Abe, was favored by 28%. Just 9% said they hoped to see Abe's pet cause of revising Japan's pacifist constitution go forward.

In the survey, men and women 18 or older were called by random-digit dialing. There were 990 responses, for a response rate of 47.2%.