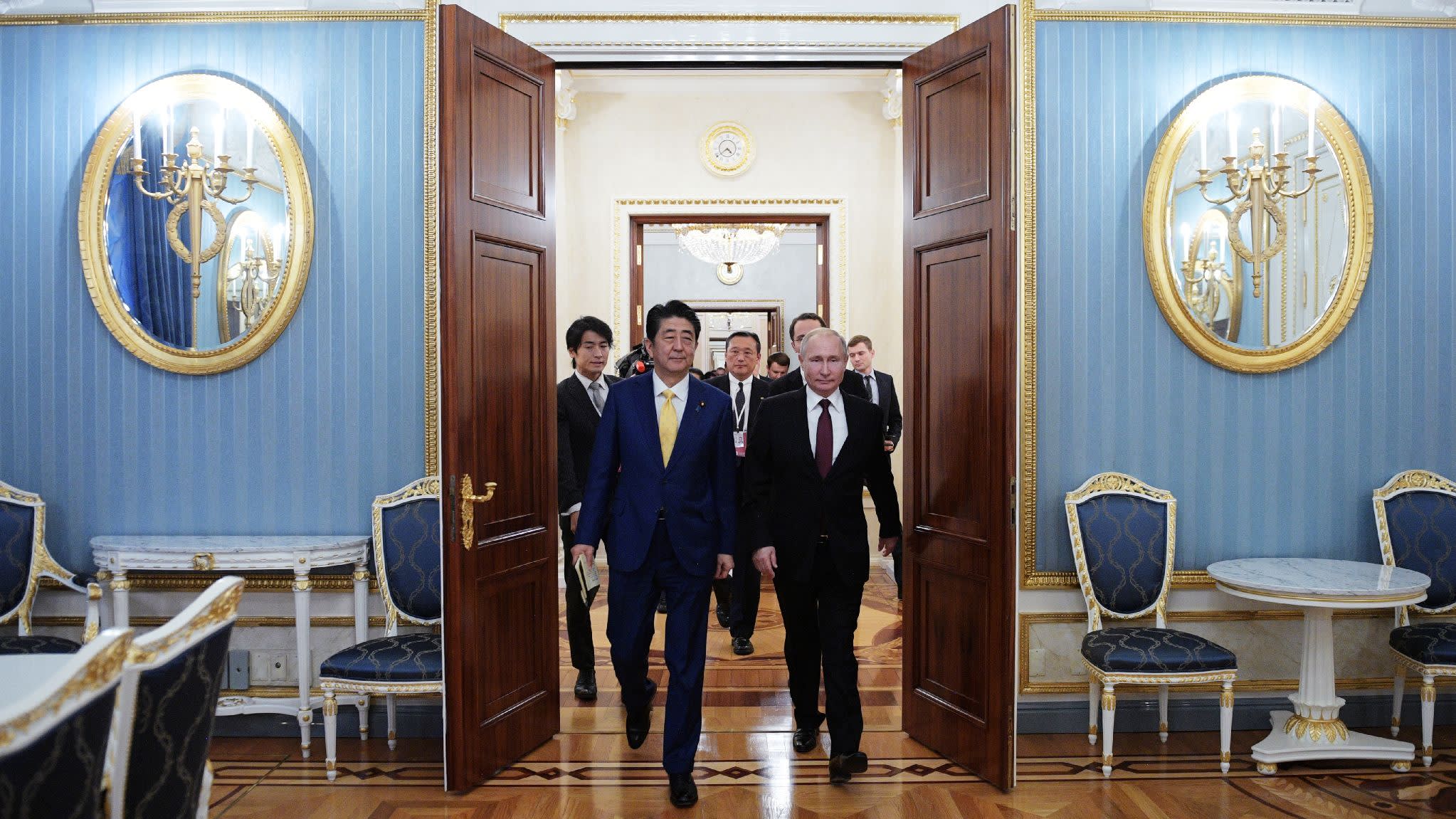 TOKYO -- The Japanese government's approval rating rose this month as Prime Minister Shinzo Abe fends off an economic data scandal with support for his foreign policy toward Russia and South Korea.

Approval for Abe's cabinet rose 6 percentage points from December to 53% while the disapproval rate fell 7 points to 37%, according to a Nikkei survey conducted from Friday through Sunday. Support reached 86% among backers of the ruling Liberal Democratic Party, but only 29% among independents. Approval for the LDP itself also rose 5 points to 43%.

Of those who endorsed the cabinet, 46% cited its stability while 32% applauded its global perspective.

Foreign affairs and national security gained greater importance among respondents. When asked which policies they saw as a priority, those areas rose 8 percentage points to 34%. Japan's talks with Russia about officially ending World War II likely had an impact, along with the recent radar-lock incident involving a South Korean ship and a Japanese plane.

Abe and Russian President Vladimir Putin agreed to accelerate negotiations for a peace treaty based on a 1956 joint declaration between their countries that promises to return two of four disputed islands to Japan after an accord is reached.

Signing a peace treaty with Russia before resolving the territorial dispute over these islands north of Hokkaido drew support from 42% of respondents, while 46% opposed doing so. There is concern that the islands issue could be shelved if a treaty came first.

Only 27% of respondents said that all four islands should be returned to Japan at once, a 6-point drop from November. A plurality of respondents, at 41%, favored an initial return of just Shikotan and Habomai for now as cited in the declaration, though that figure represents a 5-point decline as well.

Support for ultimately receiving only two islands climbed 6 points to 11%, while those saying Japan should make no demand for the islands increased by 3 points to 10%.

Tuesday's summit between Abe and Putin failed to produce a solution to the territorial dispute, and Russia continues to take a hard line on the islands. The lack of progress appears to have increased Japanese support for the return of just two islands or even none.

When asked about the radar incident with South Korea, 62% supported a stronger response by Japan. Just 7% thought Tokyo should be more receptive to Seoul's side, and 24% said Abe should adopt a wait-and-see approach. A South Korean ship locked its weapons system onto a Japanese patrol plane late last year, sparking a diplomatic row.

At home, Abe's government has been reeling from a scandal involving faulty monthly labor surveys that resulted in unpaid benefits for millions of Japanese. Around 80% of respondents across gender and age groups said they did not have confidence in government statistics, while only 14% said they did. Distrust ran high among LDP supporters at 73%, and even higher among independent voters at 83%.

The poll was conducted through random digit dialing, receiving 990 responses from those 18 or older, for a response rate of 44.4%.