A candidate delivers a speech in Tokyo, where Gov. Yuriko Koike's Party of Hope has been flagging. (Photo by Akira Kodaka)
Politics

TOKYO -- As the campaign for Sunday's general election enters its final stretch, new polling shows Prime Minister Shinzo Abe's ruling coalition on track to win around 300 of the 465 seats in the Diet's lower house, while Tokyo Gov. Yuriko Koike's upstart Party of Hope has lost much of its initial momentum.

But The Nikkei Inc. survey indicates that some uncertainty remains on the eve of the Japanese election, with 23% of the 289 single-seat constituencies and 16% of the 176 proportional-representation seats still considered close races.

The poll, conducted Tuesday through Thursday, finds 207 single-seat districts and 55 proportional-representation seats leaning toward or strongly favoring Abe's ruling Liberal Democratic Party, roughly the same as in an Oct. 10-11 poll conducted as campaigning officially began. The party held 290 seats before Abe dissolved the lower house in September for the snap election.

Junior coalition partner Komeito looks to reach 35 seats, up one from the earlier survey and an increase of one seat from the party's previous standing in the lower house.

The poll suggests the coalition may capture 63.9% of the chamber, down from 68.2% before the election. This would leave it just short of the 310 seats -- a two-thirds supermajority -- needed to advance Abe's goal of revising Japan's pacifist constitution to formally acknowledge the role of the country's Self-Defense Forces. The coalition would be forced to seek opposition support, and how that proceeds would depend on which party gains the upper hand in the opposition. 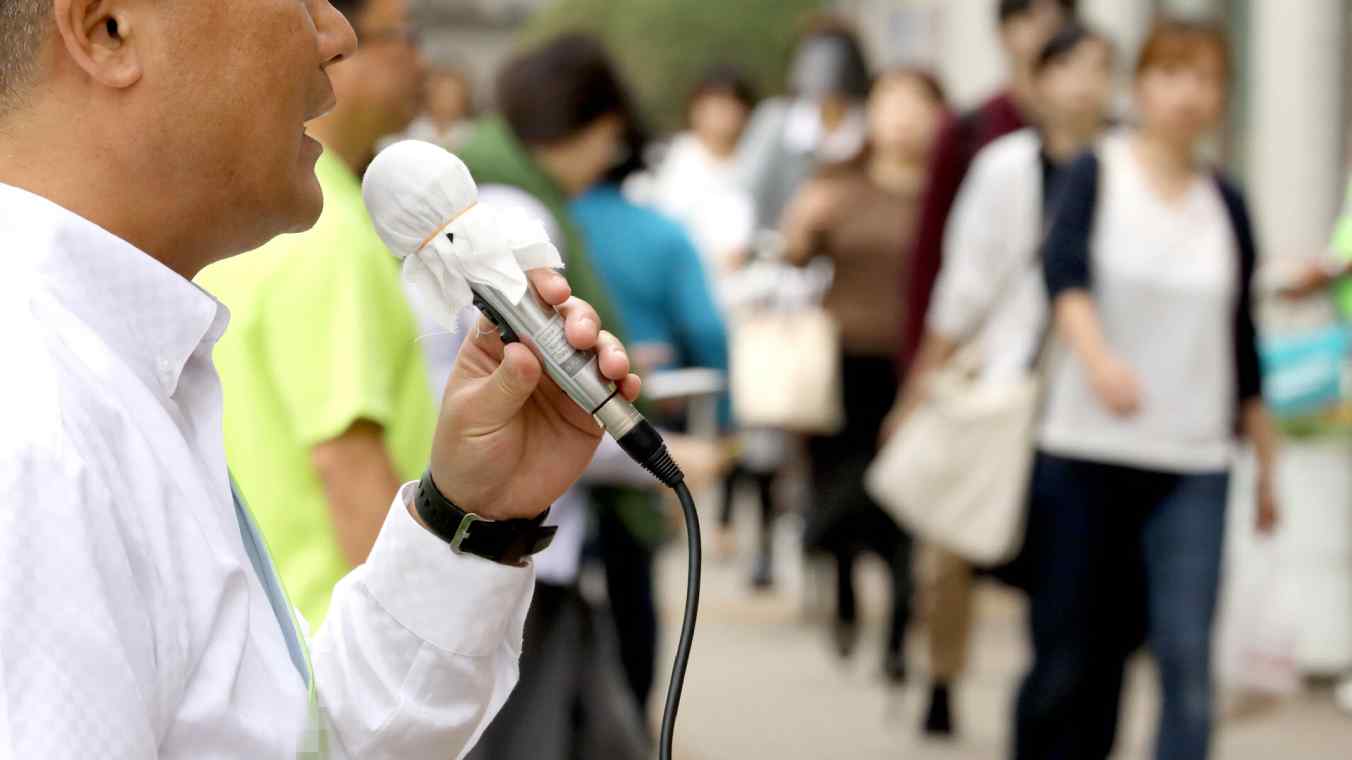 The Party of Hope -- or Kibo no To -- which picked up many candidates from the former Democratic Party in an effective merger, was favored in the earlier poll to lead the opposition, with 69 seats. But the party has failed to gain widespread support, owing partly to Koike's comments about "excluding" Democratic lawmakers deemed too liberal. The governor acknowledged in a news conference Thursday that her phrasing "may have been harsh." The latest survey shows her party winning just 55 seats -- fewer than its individual members held before the election.

The left-leaning Constitutional Democratic Party, which includes many of those former Democrats left out by the Party of Hope, is rapidly catching up. The party's projected seat total has risen from 45 to 54 as it attracts more of the opposition interest away from the Party of Hope. The Constitutional Democrats, headed by Yukio Edano -- who served as chief cabinet secretary in a former Democratic Party of Japan government, could become the second-largest party in the lower house.

The Japanese Communist Party looks set to lose three seats, bringing its total to 18, while the Japan Innovation Party would drop from 14 to 10 amid struggles in its main support base of Osaka.

Independents are expected to take 30 seats, up from 28 in the earlier poll. The gains likely owe to growing support for former Democrats who chose not to join the Party of Hope.

The poll was conducted by Nikkei Research via random-digit dialing. Roughly 45,000 eligible voters participated for a response rate of 60.1%.

The survey results suggest that the opposition's failure to present a united front against the ruling coalition has hit the Party of Hope hardest. The LDP has pulled well ahead of the party in 13 districts previously considered battlegrounds, nearly all of which had at least two opposition candidates splitting the anti-Abe vote.

The upstart party is foundering even in Tokyo, where Koike's local party Tomin First no Kai trounced the LDP in the July metropolitan assembly election. The Party of Hope is not strongly favored to win in any of the capital's 25 single-seat districts, and it is seen as having the upper hand in only two. The governor's association with the party does not seem to be drawing unaffiliated voters as hoped.

Koike circulated a manifesto to her party's candidates Thursday casting the Party of Hope as a healthy, "reformist conservative" alternative to an LDP focused on protecting its own interests and a Constitutional Democratic Party veering steadily to the left.

A survey of party support showed the LDP leading with 38%, followed by the Constitutional Democrats at 15%, the Party of Hope at 10% and Komeito and the Communist Party tied at 5%. Yet despite the ruling party's commanding lead, 47% of respondents disapproved of the current cabinet while only 38% approved.