But prime minister says lockdown is not necessary TOKYO -- Japanese Prime Minister Shinzo Abe is to declare a state of emergency in seven prefectures and announce a record economic stimulus package.

Tokyo, Kanagawa, Saitama, Chiba, Osaka, Hyogo and Fukuoka prefectures will be covered by the decree which will start at midnight April 8 and is expected to stay until May 6.

But the Japanese leader said the measures would not amount to a lockdown. 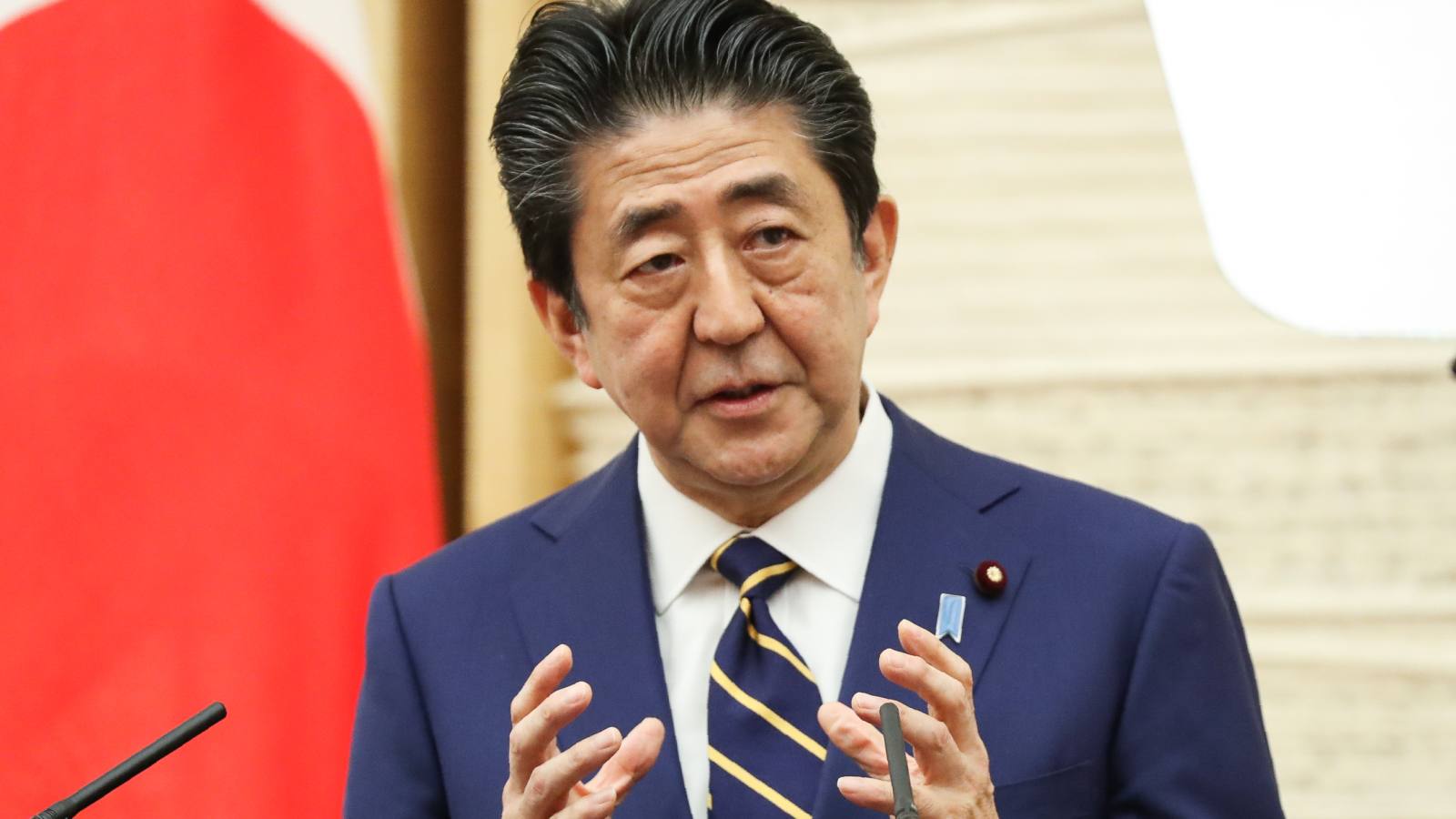 "Even though we will declare a state of emergency, we will not lock cities down and I do not think it is necessary," Abe told reporters in Tokyo before a meeting of the government's coronavirus task force. "We will ramp up our effort to maintain economic activities as possible as well as preventing the further spread of the virus."

It also followed an overnight rally in U.S. stocks after New York City, the current epicenter of the coronavirus pandemic, signaled slowing infection rates. The Japanese yen fell to 109.11 against the dollar at the market opening, compared to 109.17 on Monday afternoon.

In his announcement Abe said the government would also approve a 108 trillion yen (about $1 trillion) stimulus package. This includes 6 trillion yen in cash payments to households and small and medium enterprises, and a 26 trillion yen for a moratorium on tax payments and social insurance premiums.

"After taking the enormous impact on economy into consideration, we have decided to take 108 trillion yen stimulus measures, which is equal to 20% of GDP," he said. "I request those who live in the subject areas to stay calm and will request your further cooperation to prevent the spread of the virus."

Tokyo recorded 143 new infections on Sunday, a daily record that lifted the city's total to more than 1,000. Over 3,500 cases have been recorded nationally, with 73 deaths.

Based on a recently amended law, the declaration will give local authorities the legal power to request the public to stay home, and ask schools and businesses to close. The public will be asked to refrain from going outside except for grocery shopping and limited other tasks.

The declaration will lack the legal authority for Japan to impose the kind of lockdowns seen in other countries, but governments will be allowed to call for closures of schools, malls and movie theaters, as well as for the cancellations of events where large groups of people gather.

The constitution, which bows to civil liberties, does not permit the government to demand that individuals stay home.

If businesses do not cooperate without a legitimate reason, authorities can give out "instructions," which have a stronger connotation than requests. But no penalties can be imposed on those who refuse to go along. 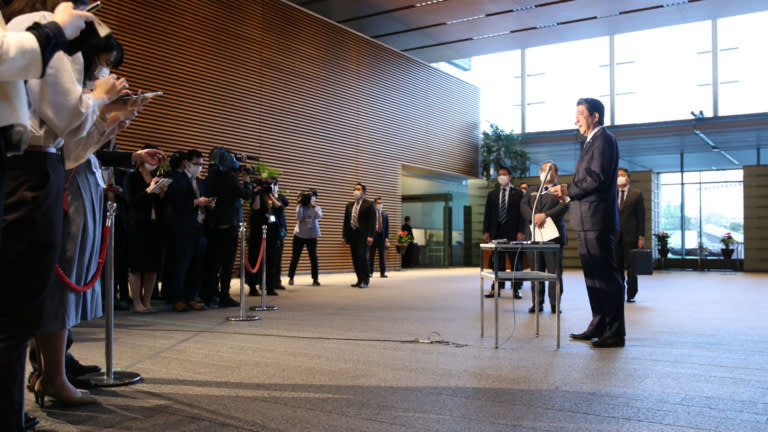 Prime Minister Shinzo Abe keeps his distance from reporters at a news conference in Tokyo on Monday. (Photo by Uichiro Kasai)

Also on Monday, a new economic team was set up within Japan's National Security Agency. Chief Cabinet Secretary Yoshihide Suga told reporters: "I hope the team will give its best in preventing the spread of the virus by eliminating vertical divisions between government agencies and not being bound to precedents in tackling key issues such as flexible border measures and the movement of people."

Japan's equity benchmark Nikkei Stock Average surged 4.24% on Monday, partly because investors hope the declaration will lead to a faster recovery from the coronavirus. The market was also boosted by a rise in U.S. futures after New York Gov. Andrew Cuomo announced on Sunday that the number of virus-related deaths in the city had dropped for the first time.

Abe has been criticized for not having already declared an emergency -- a hesitance thought by many to stem from a strong desire to pull off the Tokyo 2020 Olympics as scheduled. The International Olympic Committee decided in late March to postpone the games to 2021 after consulting with the prime minister and others.

Yasutoshi Nishimura, the economic and fiscal policy minister, told a parliamentary committee on Monday that "a lockdown does not equal a closed city. I plan on carefully explaining what will be different and what will remain the same after the declaration."

Koike told reporters on Monday: "Tokyo had many new coronavirus cases yesterday. We have begun preparation, assuming that the city will be included in the declaration. I plan on communicating with the public on what may happen once the declaration is made."