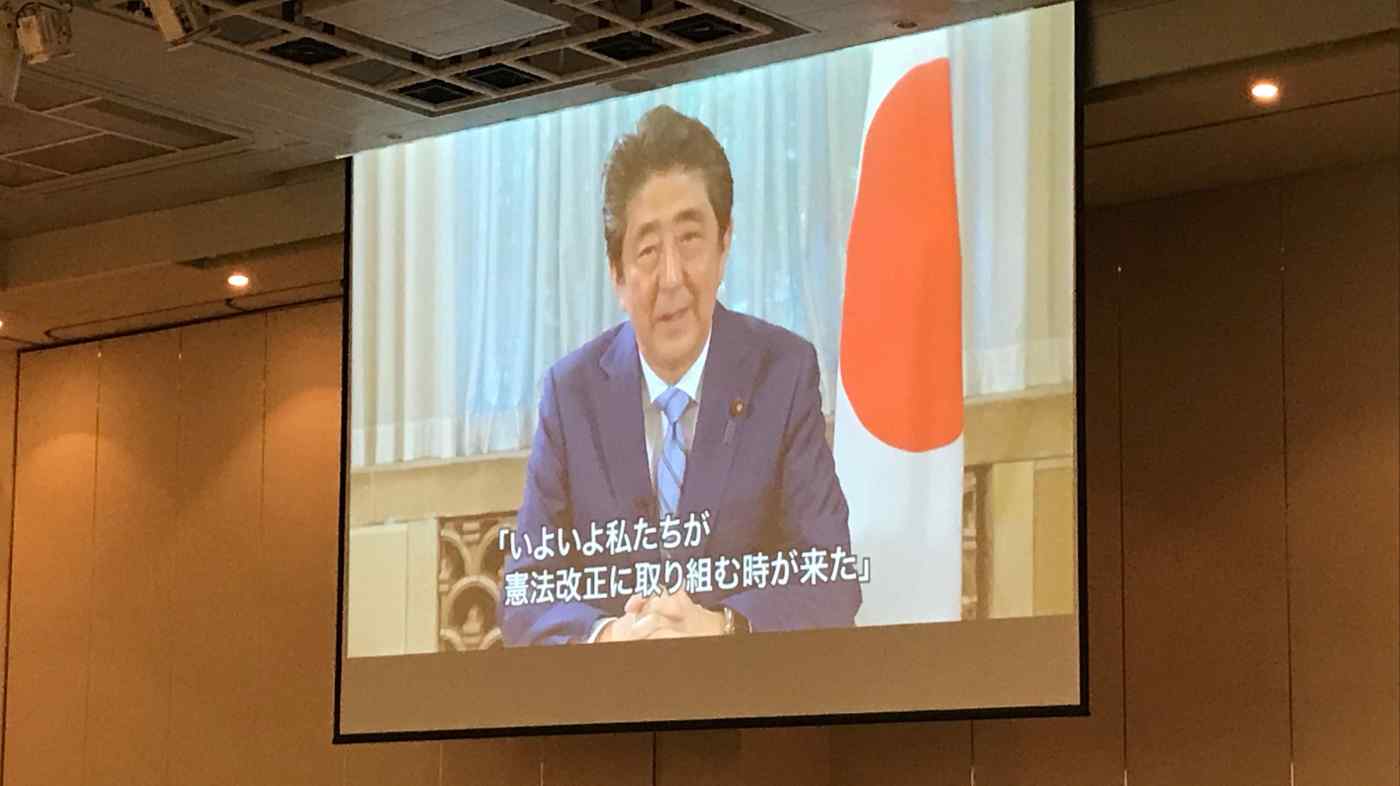 Prime Minister Shinzo Abe tells a rally in favor of revising Japan's constitution that the "the time has come at last."
Nikkei staff writersMay 4, 2018 04:27 JST
CopyCopied

TOKYO -- The time to rally for changing Japan's pacifist constitution is now, Prime Minister Shinzo Abe told a group of  supporters on Thursday, Japan's Constitution Memorial Day, ramping up what could be a tough fight for public support of an eventual amendment.

Amending the charter is a long-held ambition of Abe's. "Over the past year, discussion of revisions has grown much livelier and more specific," he said in a video message to a group pushing for constitutional change. The goal is to bring a revised charter into force by 2020, according to the prime minister.