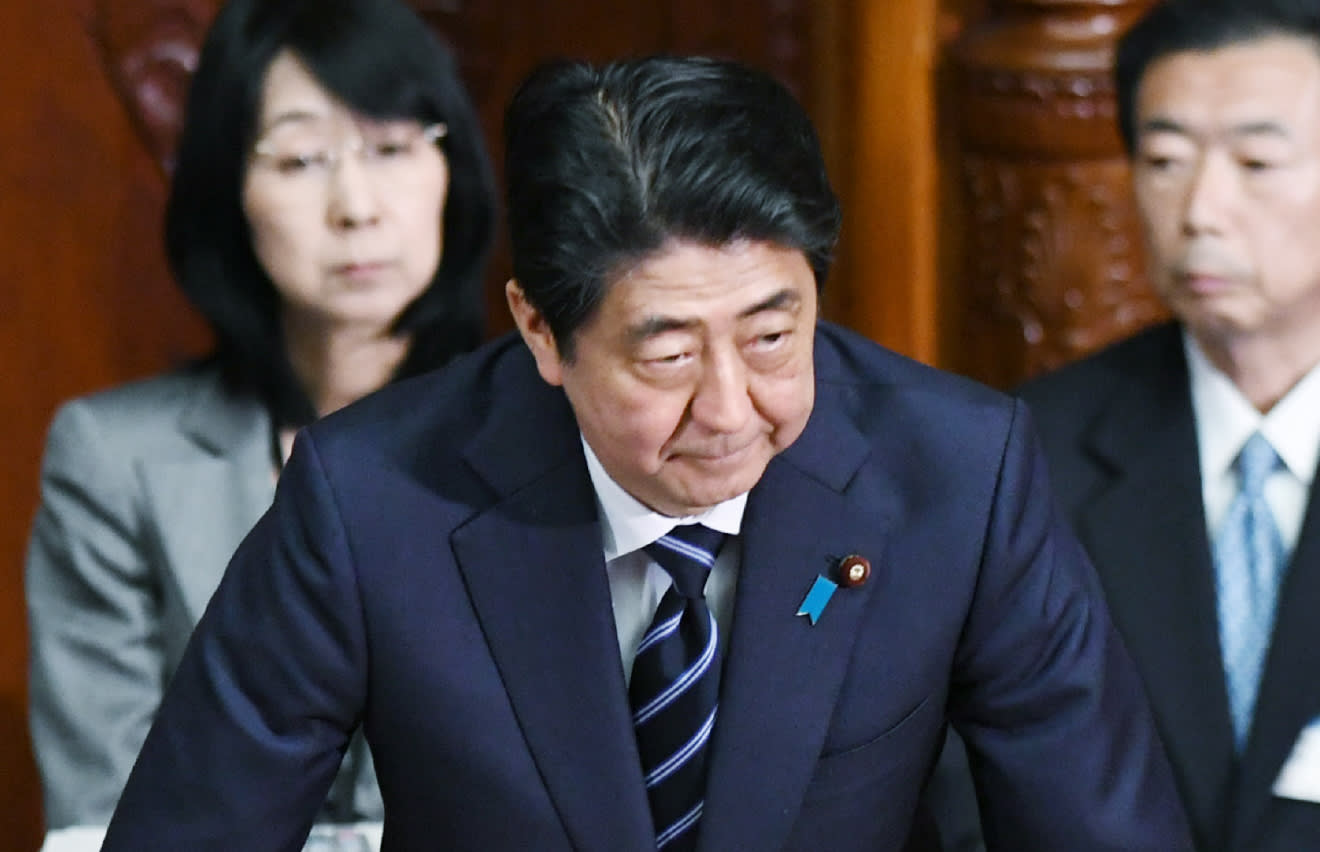 Prime Minister Shinzo Abe thanks lower house lawmakers for voting down a no-confidence motion against his cabinet on May 31.
June 1, 2016 06:45 JST | Japan
CopyCopied

TOKYO -- The government hopes to push ahead with child- and elder-care expansions amid plans to postpone the April 2017 consumption tax hike, though securing alternative funding sources could strain the country's balanced approach to fiscal policy.

Yet even within the ruling coalition, support for the change was hardly unanimous. LDP lawmakers at a meeting Tuesday demanded that Abe spell out exactly which policies would be rendered unworkable by the delay, warning that it would be a grave mistake to proceed without a road map for revenue increases to accompany rising spending. Komeito chief Natsuo Yamaguchi will meet with Abe on Wednesday to convey similar concerns from his party.

The Abe government's fiscal policy centers on expanding social security programs such as pensions, medical care, nursing and child care in tandem with increases in Japan's consumption tax. This balanced approach, aimed at bringing the messiest fiscal house of any advanced nation back under control, originates in a three-way agreement forged in 2012 among the LDP, Komeito and the then-Democratic Party of Japan, which held power at that time.

The agreement strictly defines how to distribute the added revenue from scheduled tax-rate hikes -- that from 5% to 8% in April 2014, as well as the delayed increase to 10%. In fiscal 2015, for example, 40% of the additional tax revenue resulting from the first hike, or 3.4 trillion yen ($30.7 billion at current rates), was put toward shrinking Japan's budget deficit. Another 1.35 trillion yen went toward expanding social programs.

The next hike was expected to increase revenue by around 6 trillion yen, with 1.3 trillion yen of that to fund further social program growth. These planned expansions include an annual subsidy of 60,000 yen for those receiving meager pensions, reductions to nursing-care insurance premiums for low-wage earners, and a reduction in the time needed to achieve pension eligibility.

Despite the tax-hike delay, the Abe government plans to raise wages for nursing- and child-care workers as scheduled in fiscal 2017 if the requisite 200 billion yen can be secured. Measures to cut out-of-pocket medical and nursing-care costs also will be considered. Expanding the capacity of Japan's public day-care and other child-care facilities by a total of 500,000 slots -- at a cost of 100 billion yen -- evidently remains a priority as well.

This would not be the government's first departure from the 2012 agreement. The LDP and Komeito at the end of 2015 hatched plans to keep the consumption tax rate on certain necessities at 8% when the overall hike to 10% occurs. Scrapping plans to cap low-income households' out-of-pocket costs under social security programs provided 400 billion yen in funding for the exceptions. But another 600 billion yen has yet to be located.

Funding these and other programs by shaving outlays elsewhere is the most popular plan. Others in the government have proposed tapping higher tax revenue expected from economic growth due to the prime minister's signature Abenomics policies. Abe indicated during a Monday meeting with Yamaguchi that he would try to secure funds without issuing deficit-covering bonds, the Komeito leader revealed Tuesday. But finding that money within an already tight budget likely will prove challenging.