Timing is tricky, but vote before 2019 upper house election is being considered 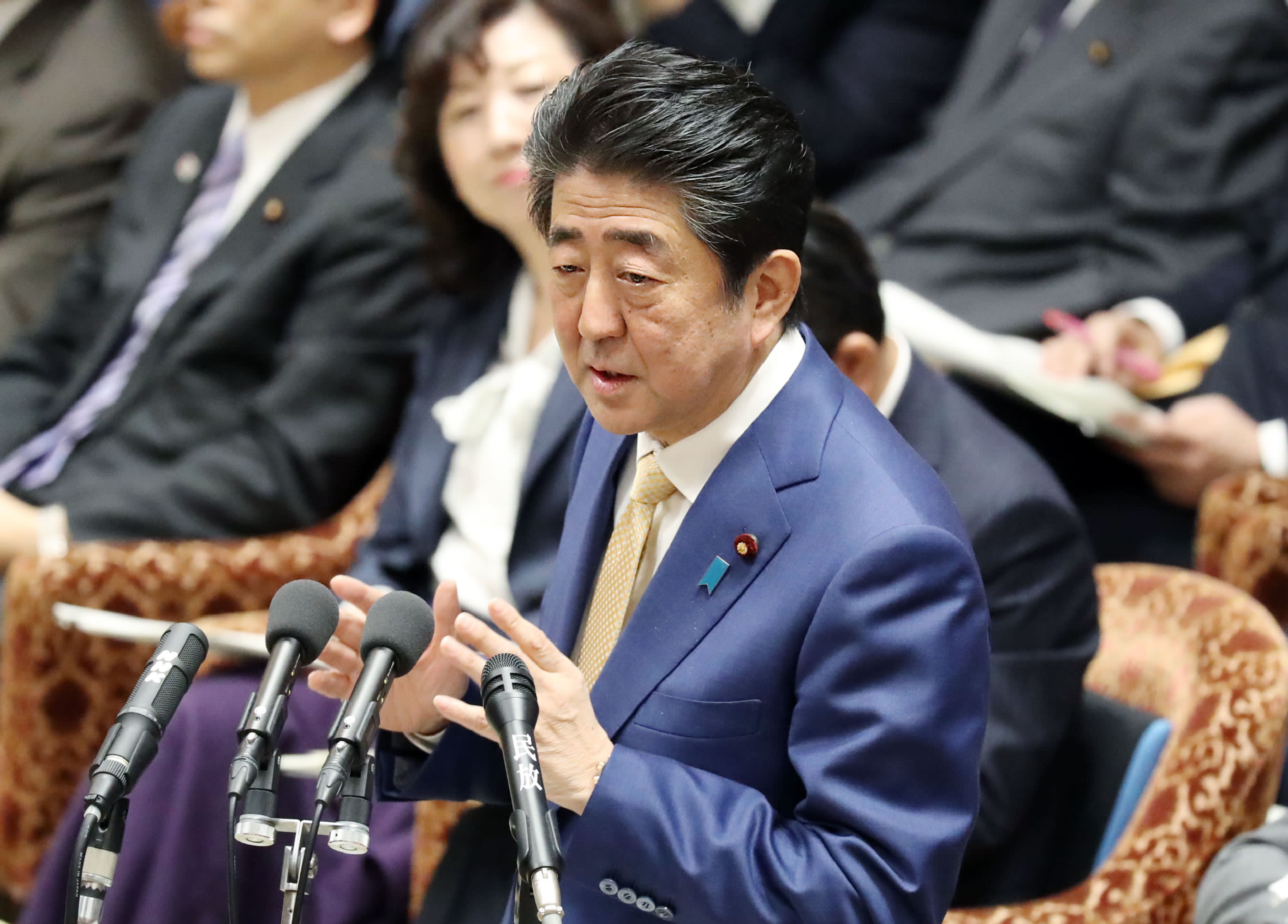 TOKYO -- A flurry of activity related to constitutional amendments is happening within the ruling Liberal Democratic Party as it quickens its political efforts to achieve its long-held policy goals.

The LDP has decided to draft its amendment proposal by the March party convention and is accelerating the intraparty debate on the issue.

Much of the constitutional talk within the LDP is revolving around the time frame for amendments. Previously, the party was inclined to have a national referendum on a constitutional amendment simultaneously with the upper house election scheduled for the summer of 2019.

But the ranks of LDP lawmakers favoring this "simultaneous vote" plan are apparently dwindling, while a growing number of party members are calling for an earlier referendum.

Prime Minister Shinzo Abe, a long-time and staunch champion of the cause, has repeatedly said that it is the party that should take the initiative in tackling this touchy political challenge. But nobody doubts that the prime minister's office is controlling the political agenda of the amendment drive.

For months, Abe made efforts to lay the groundwork for the "simultaneous votes" formula.

Abe and other LDP legislators believe this plan offers some advantages for the amendment drive. They reckon that it would do more to mobilize voters who support constitutional amendments to turn out than a stand-alone referendum and encourage those critical of opposition parties to vote for the proposed amendment.

The problem is that 2019 is studded with important political events, including Emperor Akihito's abdication, the consequent change in era name, the upper house election and the Group of 20 summit in Japan.

An increasing number of lawmakers are arguing that the historical constitutional referendum should not be squeezed into the tight schedule and held amid a whirlwind of big political events. The Diet parliamentary building in Tokyo

Many legislators also point to potential legal problems that could arise if the upper house poll and the referendum are held on the same day. That is because the public offices election law, which regulates elections for Diet and local assembly members as well as local government chiefs, imposes tighter restrictions on campaign activities than the national referendum law.

After the official campaign period for a national election begins, for instance, house-to-house canvassing is prohibited by the election law. There are also restrictions on the distribution of posters and other campaign materials.

In contrast, the national referendum law does not impose any ban or restriction on door-to-door canvassing or the distribution of campaign materials.

Many warn that holding the constitutional referendum simultaneously with the upper house election could cause serious confusion.

But the Abe administration was undoubtedly aware of all these potential obstacles related to the schedule and the legal issues when it became inclined to the idea after weighing the pros and cons.

There is another major factor that is behind the administration's growing zeal to move up the time frame for amendments: weaker-than-expected public support for the initiative.

In a Nikkei survey in January, 47% of the respondents expressed support for Abe's proposal to add a paragraph to establish the constitutional status of the Self-Defense Forces to Article 9 while maintaining its current two paragraphs, which ban Japan from engaging in war to settle international disputes and possessing armed forces for that purpose.

While the 47% represented the largest group, the fact remains that the support ratio is still less than half.

A survey by Japan Broadcasting Corp. (NHK) the same month found that 38% of the respondents agreed with the statement that it is not necessary to change Article 9.

A senior member of Komeito, the LDP's junior partner in the ruling coalition, said the political priority should win the upper house election. Komeito is known to be cautious about the idea of rewriting the Constitution itself.

A senior administration official has expressed concern that the referendum could end up being postponed until after the election.

That could endanger the constitutional initiative itself because of the possibility that the ruling alliance and other pro-amendment groups could lose their current two-thirds majority in the upper chamber. Initiating a constitutional amendment for a national referendum requires "a concurring vote of two-thirds or more of all the members of each house."

The plan to hold the referendum along with the upper house poll could cause a decisive delay in the process due to possible foot-dragging by Komeito and lukewarm public support, which could derail the initiative.

This concern has prompted the LDP to prepare an alternative strategy.

Under this two-pronged strategy, the LDP would first seek to have the constitutional referendum held by early 2019, before the upper house election. If public opinion warms to its proposal, creating political pressure on the opposition camp to engage in serious debate on the issue, the ruling party would move swiftly to initiate a constitutional amendment for such an early referendum.

If the public remains less than enthusiastic about the proposal, the LDP would opt for the original plan to hold the referendum simultaneously with the upper house election.

A national referendum must be held 60-180 days after the Diet initiates an amendment.

If the envisioned national vote is to be held by early 2019, the Diet will have to initiate an amendment by this autumn at the latest.

With this time frame in mind, Abe and other advocates of constitutional amendments are gearing up to start efforts to enhance the momentum for the initiative during the current Diet session.

That is why the LDP is racing to draft its amendment proposal by the March party convention.

Unlike decisions to dissolve the lower house for a snap election, the prime minister cannot decide when a national referendum is held on his own authority.

The fate of Abe's initiative to amend the Constitution by 2020 hinges on whether the LDP's efforts to speed up the process during the current Diet session succeed.