Trump hopes to convene June meeting in or near Washington 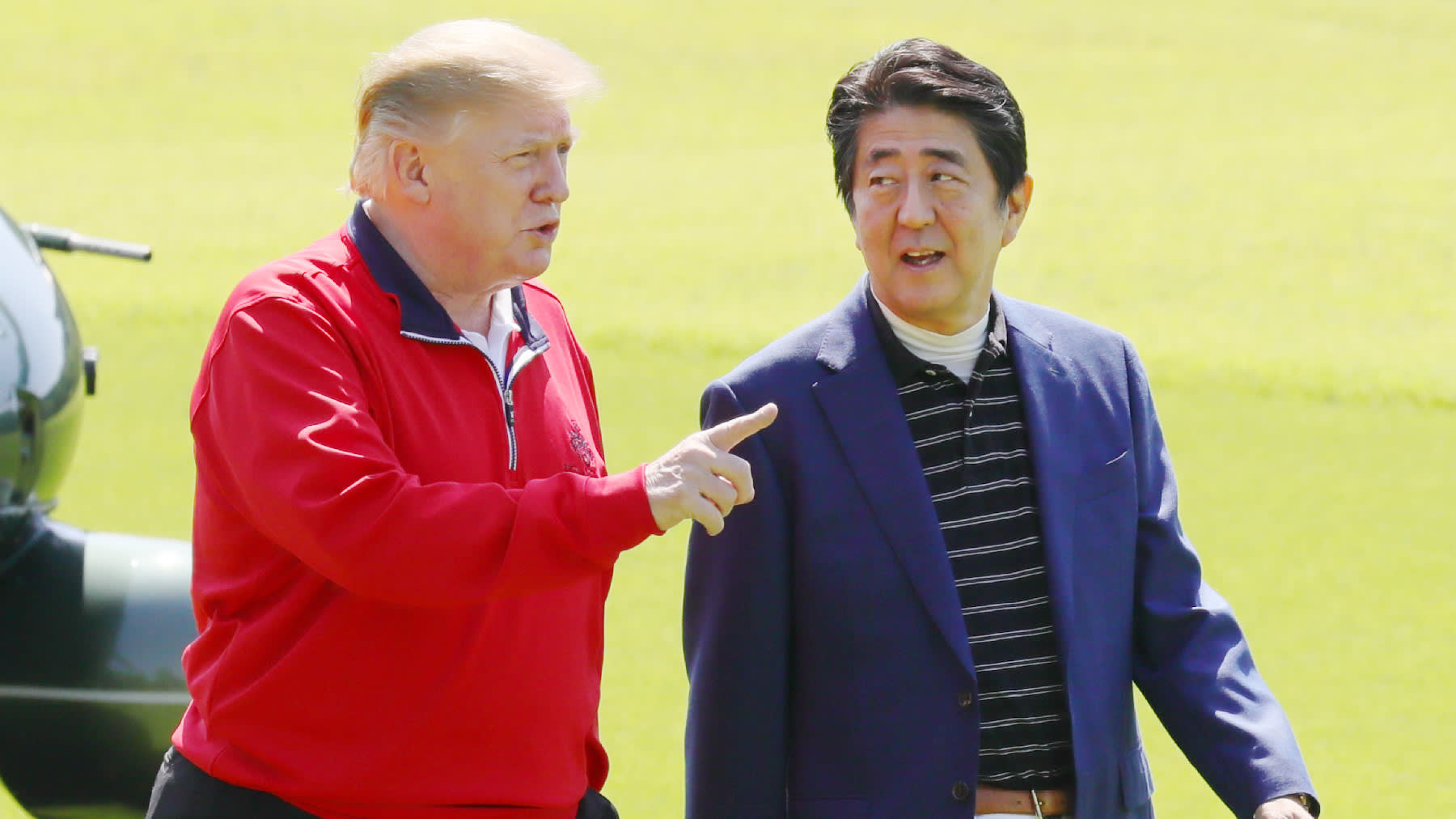 TOKYO -- Japanese Prime Minister Shinzo Abe has informed the U.S., the chair of the Group of Seven nations this year, that he will attend a leaders' meeting if it takes place in June as the White House hopes.

U.S. President Donald Trump said this week that he may again host an in-person summit of the G-7 leaders in or near Washington, after earlier canceling the meeting amid the novel coronavirus pandemic.

If Abe does attend, it will be his first overseas trip since visiting the Middle East in mid-January. He is expected to hold a bilateral meeting with Trump during the visit.

The topics at the summit of representatives of the major industrial nations will include cooperation in rebuilding the global economy, as well as the development of COVID-19 treatments and vaccines. China's bid to strengthen security controls over Hong Kong is also expected to be discussed.

This year's G-7 summit was originally planned to be held on June 10-12 at Camp David in the U.S. state of Maryland, but was switched to videoconference due to the pandemic.

Since March, multinational political gatherings such as the G-7 and Group of 20 have all shifted to videoconference. But concerns have been raised regarding the security of the connections.