Abe to kick off party-head election: Here are five things to know 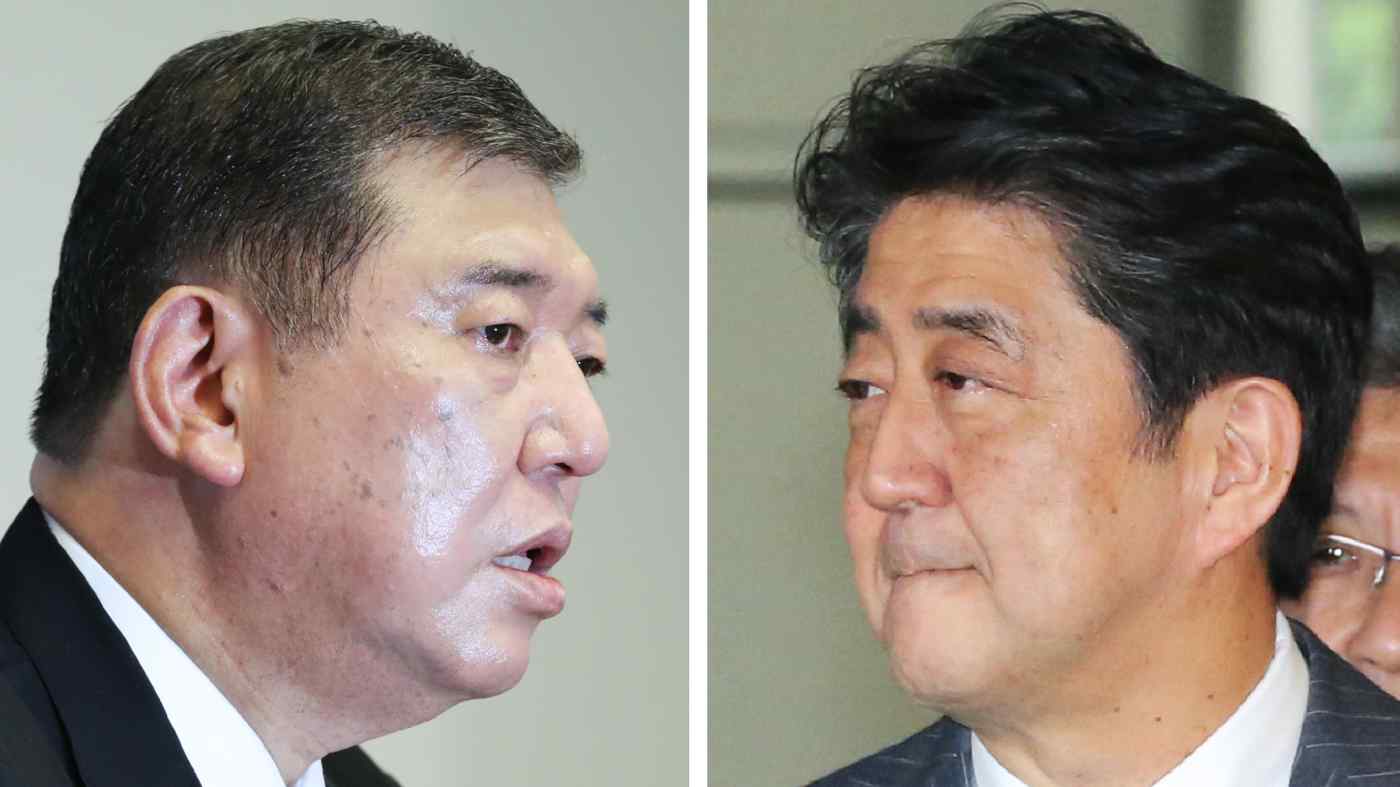 TOKYO -- Japan's ruling Liberal Democratic Party holds its presidential election on Sept. 20, which means Shinzo Abe has another hurdle in front of him if he wants to remain the country's prime minister.

While the election holds little mystery -- Abe is expected to cruise to victory -- it will have global ramifications in that it will determine the leader of the world's third largest economy. Here are five things you need to know about the election.

How will the LDP presidential election work?

The election period kicks off on Friday, and voting will take place on Sept. 20. In the first round, 405 parliamentarians and 405 party members from every prefecture will vote. If no candidate wins a majority, a runoff will take place. In this round, all of the 405 parliamentarians will have voting rights, but prefectural representatives will be limited to 47 votes, one per prefecture.

Former Defense Minister Shigeru Ishiba is expected to run. Fumio Kishida, the LDP's policy chief, and Seiko Noda, minister for internal affairs and communications, were seen as possible candidates but have said they will not enter the race.

What are the key policy differences between Abe and Ishiba?

Abe's so-called Abenomics is aimed at pulling Japan out of its decadeslong deflationary funk. The prime minister and his government have been leveraging fiscal spending and hyperaggressive monetary easing in an attempt to revive the business sentiment of large companies. The hoped-for result, strong corporate investment, would then be counted on to trickle through the economy, down to smaller companies and rural areas.

Ishiba believes it is better to directly boost the growth potential of rural areas and smaller companies.

Abe is now also pledging to overhaul social security "in the next three years ... to give peace of mind to everyone -- children, parents, active workers and senior citizens," the prime minister said.

Among his plans are free preschool for low-income families beginning in 2019 and help with college tuition beginning the following year. He also wants to push through reforms to encourage people to work later into their lives and to expand the labor force.

Ishiba says Abe's plan lacks a long-term perspective. "We have to show what pensions, medical care, nursing care and child-rearing will look like," he said, adding that the government must keep an eye on 2040, when the population of the aged is expected to peak.

What are their track records?

The election comes as Abe's popularity among the general public has flagged due to various scandals. According to a Nikkei group survey in August, the approval rating of Abe's cabinet stood at 48%. It was 76% in April 2013, a few months after Abe became prime minister for a second time. The rating has hovered around 50% for a year.

But Abe is well-supported by LDP parliamentarians, who see the incumbent as a safe choice. He has been prime minister since December 2012. He first served in the office from September 2006 to September 2007. Earlier, in the mid-2000s, Abe was Junichiro Koizumi's chief cabinet secretary. Abe was elected to the lower house in 1993, winning the seat of his deceased father, Shintaro. 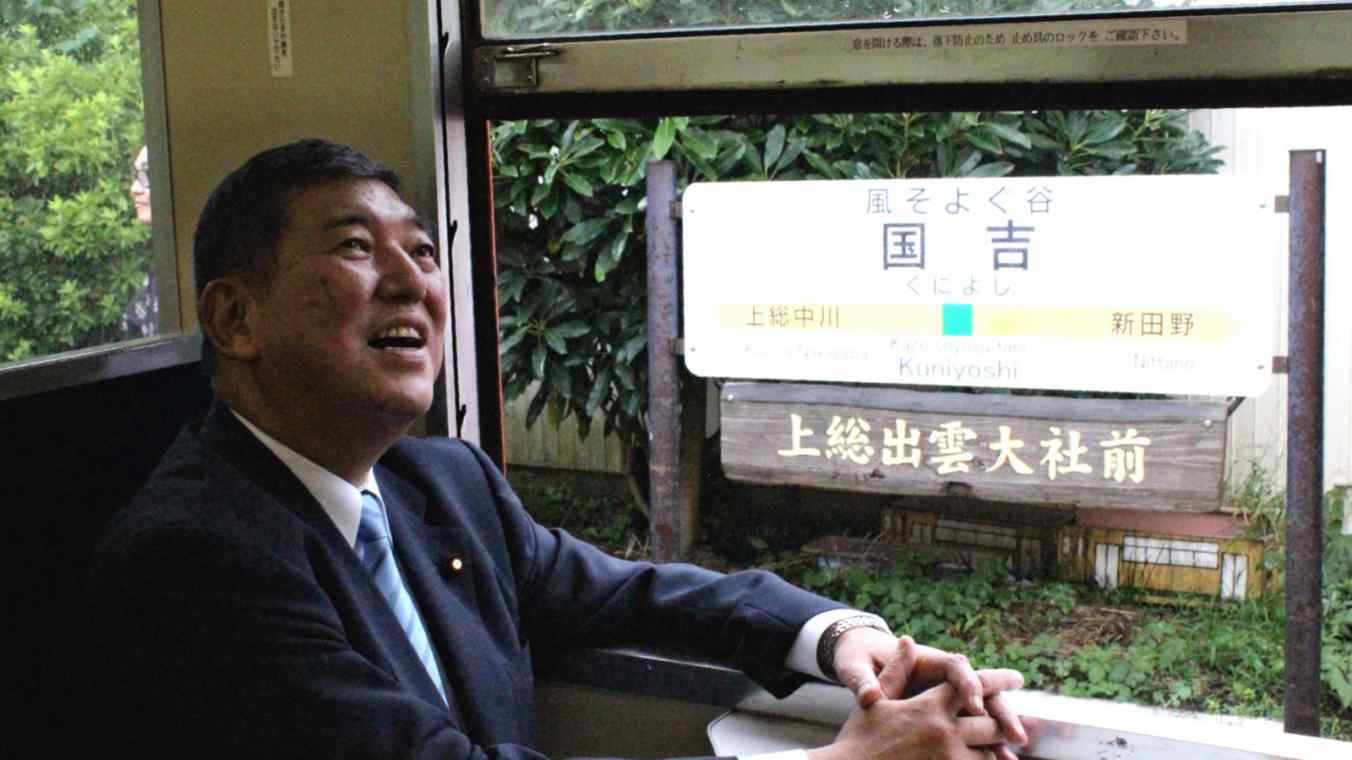 Japan will encourage companies to employ workers until 70

Like Abe, Ishiba followed in his father's footsteps to become a lower house member, in 1986. Since then, he has filled prominent ministerial and party positions, such as defense minister and LDP secretary general.

Both have previously vied for the same position. In the 2012 LDP presidential election, Ishiba won the first round but was unable to secure a majority. Abe won the runoff. Later that year, Abe's LDP went on to a sweeping victory in a general election.

This time, Ishiba is running for the party presidency with the slogan "honest and fair," an obvious dig at the scandal-hit Abe. But it is also understood that Ishiba will not push things too far for fear of damaging the party.

What would an Abe victory mean for domestic policies?

Abe would most likely continue his signature Abenomics, which consists of easy money and fiscal spending. At the same time, he would work on expanding Japan's working-age population.

Abe is calling for a society in which people remain actively engaged throughout their lives. He has mentioned reforming Japan's pension system so that people would receive higher payments if they delay their pension benefits beyond the age of 70.

The 63-year-old will likely allow more foreign workers into the country to tackle problems caused by an aging population and labor shortage. By the end of the year, he said he would have a comprehensive package of measures to smooth foreigners' way into Japanese workplaces and communities.

How about Japan's foreign policies?

Abe will continue to strike a balance between being a good friend to U.S. President Donald Trump and a promoter of free trade. He will push multilateral deals such as the Comprehensive and Progressive Agreement for the Trans-Pacific Partnership as well as the Regional Comprehensive Economic Partnership.

Abe will become Japan's longest serving prime minister in modern history if he wins a third term. On the global political stage, such as at G-7 summits, his experience could give him more influence.

Abe's hawkish conservative stance at first was seen as a danger to regional peace. But he has managed to rebuild relations with China and South Korea, and he will likely remain on the same path.

As for North Korea, Abe has voiced an eagerness to meet with leader Kim Jong Un to discuss the country's abductions of Japanese decades ago. "It is my personal resolve," Abe said, "to sit down with Chairman Kim personally and solve the issues of nuclear weapons, missile development and Japanese abductees."

However, his long-held wish of amending the constitution may again stir up worries in the region because any move in that direction could be perceived as a step toward the remilitarization of Japan.

For now, this seems unlikely. Abe must win two-thirds of both houses to have the constitutional amendment put to a national referendum. A majority of Japanese voters then must approve it. However, a Nikkei survey showed that 73% of respondents do not want Abe to rush into amending the constitution.