Inner circle to stay in cabinet reshuffle, with new defense and economy ministers 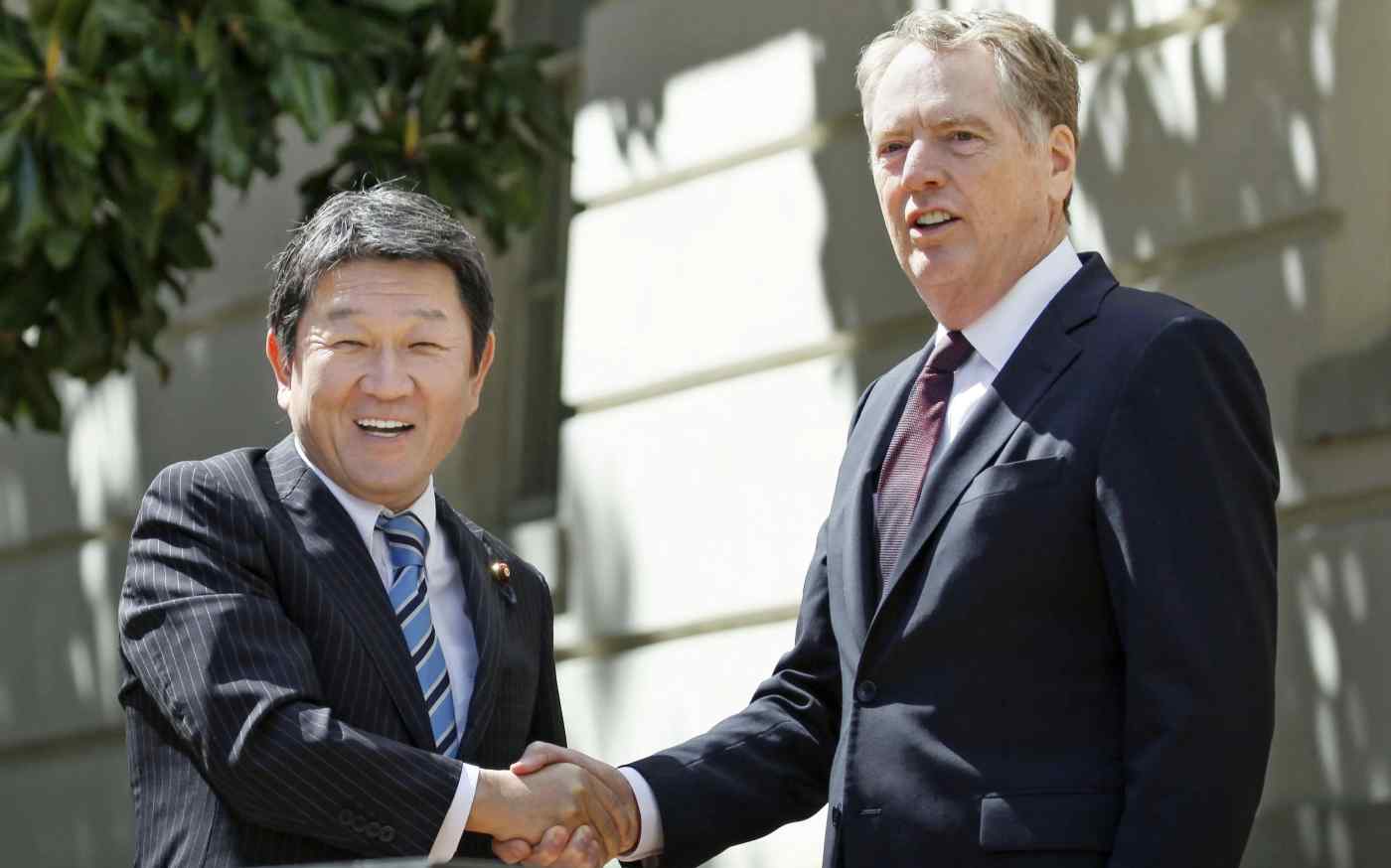 TOKYO -- Japanese Prime Minister Shinzo Abe intends to appoint Toshimitsu Motegi as foreign minister in a leadership reshuffle next Wednesday, partly in recognition of his success at securing a trade deal with the U.S.

Abe is expected to retain the core of his cabinet and the ruling Liberal Democratic Party's top ranks while bringing in fresh faces. This approach keeps with his stated focus on maintaining stability while tackling new challenges.

Motegi's negotiations with U.S. Trade Representative Robert Lighthizer led to the basic agreement on a trade deal announced by Abe and U.S. President Donald Trump last month on the sidelines of the Group of Seven summit.

Taro Aso is set to be reappointed as deputy prime minister and finance minister, with Yoshihide Suga remaining chief cabinet secretary and Toshihiro Nikai continuing as the LDP's secretary-general.

Those slated to be replaced include Foreign Minister Taro Kono, Defense Minister Takeshi Iwaya and Hiroshige Seko, who heads the Ministry of Economy, Trade and Industry.

He has offered political support to Abe as well. In last year's party leadership election, Motegi drummed up support for the prime minister among lower house members even as upper house lawmakers in his LDP faction leaned toward supporting Abe opponent Shigeru Ishiba. This helped Abe coast to a third straight term.

On the party side, Abe is believed to be positioning potential successors in strategically important posts. Policy Research Council head Fumio Kishida is slated to stay on, while General Council chief Katsunobu Kato is expected to be chosen for a major cabinet or party position, possibly industry minister.

Abe intends to keep the LDP's current lineup on party and Diet affairs to accelerate the administration's agenda at the parliamentary session convening next month, which includes approving the trade deal and debating revisions to the Japanese constitution's war-renouncing Article 9.

Keiichi Ishii, the only cabinet member from LDP coalition partner Komeito, is expected to be replaced as land, infrastructure, transport and tourism minister.