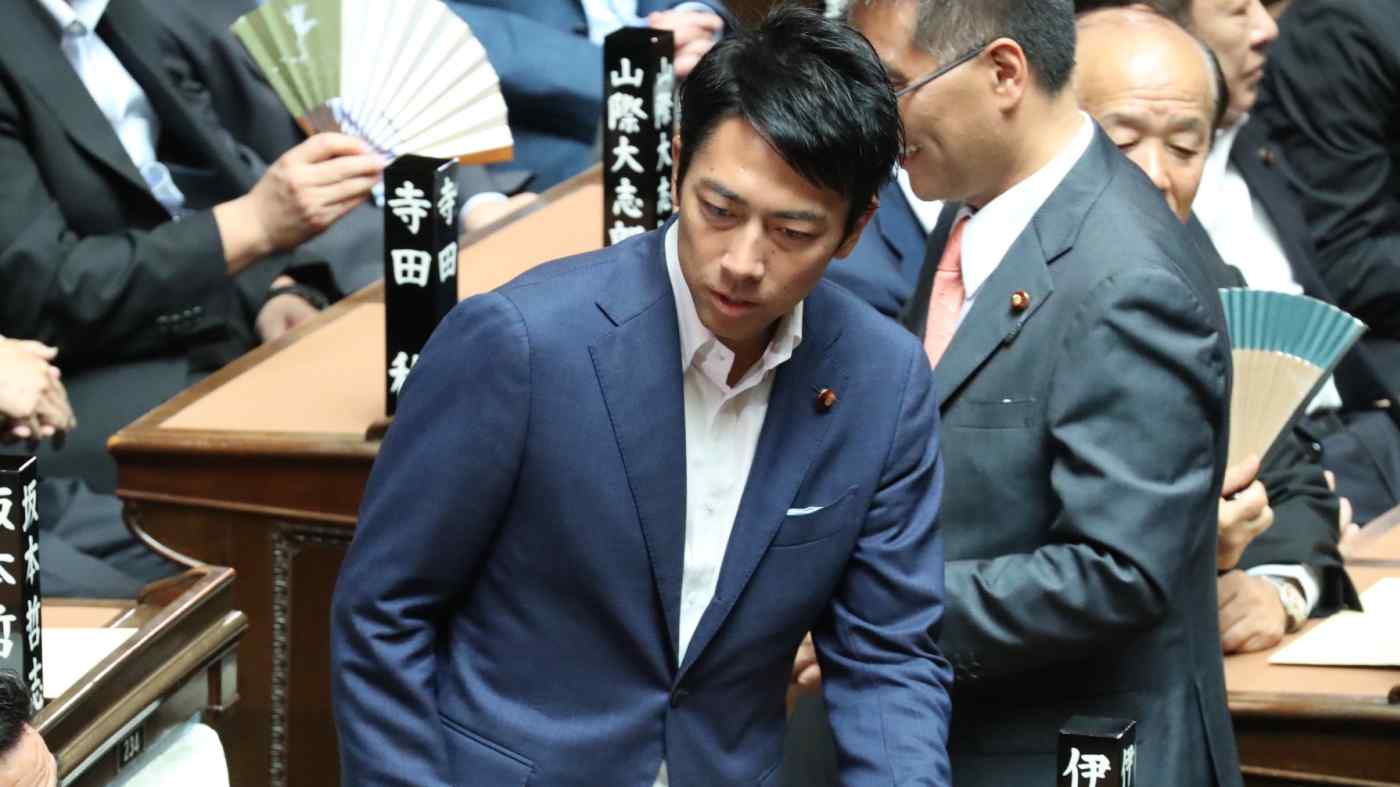 The son of former Prime Minister Junichiro Koizumi is serving his fourth term in the lower house. He and TV personality Christel Takigawa made news last month with the announcement that they would marry.

The cabinet reshuffle puts new faces in 13 out of 19 posts -- an unprecedented number for Abe's current stint as prime minister.

The new foreign minister will be Toshimitsu Motegi, the current economic revitalization minister, who has won Abe's trust as Japan's chief trade negotiator. Motegi has been praised by U.S. President Donald Trump as a competent counterpart to U.S. Trade Representative Robert Lighthizer.

Taro Kono, who has been at the forefront of managing the contentious relationship with neighbor South Korea, moves from foreign minister to defense minister.

Two other trusted allies will serve. Katsunobu Kato becomes health, labor and welfare minister. Yasutoshi Nishimura will be economic and fiscal policy minister and take charge of the social insurance system. Together, they will form the heart of the entitlement reform team.

They will play key roles in efforts to realize Abe's long-held goal of revising Japan's war-renouncing constitution as the prime minister enters the final leg of his term, which ends in September 2021.

The new cabinet includes two female ministers. Sanae Takaichi returns as minister for internal affairs and communications. And bronze-winning Olympic speedskater Seiko Hashimoto will be minister of the 2020 Tokyo Olympics.

Abe, who is also president of the ruling Liberal Democratic Party, will announce the new lineup of party officers Wednesday morning. He will launch the new cabinet that night after consulting with Natsuo Yamaguchi, chief of junior coalition partner Komeito.