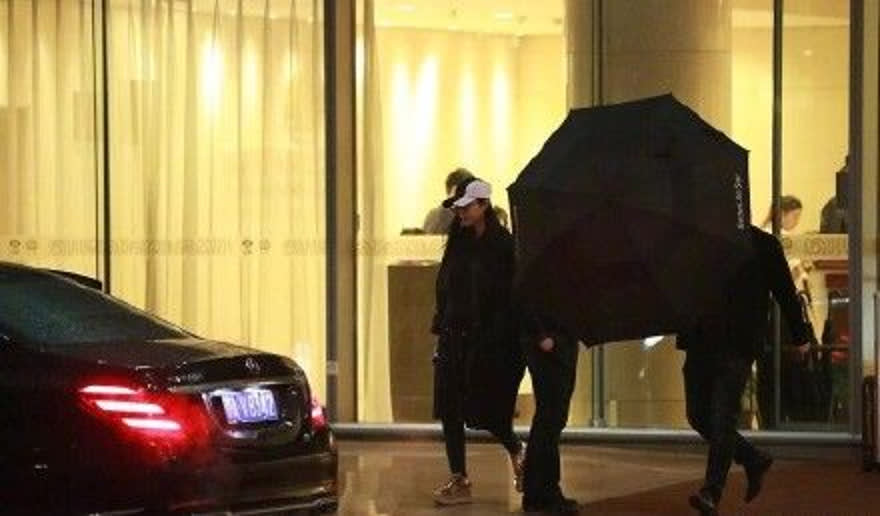 DALIAN, China -- Fan Bingbing, China's highest-paid actress, has been seen in public for the first time in about four months after Chinese authorities slapped her with a bill of roughly 880 million yuan ($127 million) for tax evasion.

Chinese media reported that the movie star was spotted leaving a Beijing airport on Monday wearing a white cap, black coat and sneakers, her face obscured by sunglasses, as she hurried to a waiting car.

A man accompanying her carried an open black umbrella, apparently trying to hide the 37-year-old actress, whose credits include Hollywood's "X-Men" and "Iron Man" franchises.

Authorities began investigating Fan for tax evasion after a former host on state-run China Central Television accused her in May on Weibo -- China's equivalent to Twitter -- of underreporting income from film appearances.

Earlier this month, the actress was ordered to pay back taxes as well as a steep fine.

Fan disappeared from the public eye following a social media post in June, stirring speculation that she had been detained by authorities. After the fine, she emerged on Weibo to write that she was "ashamed" and "deeply remorseful" for her actions.

Suspecting similar cases in the film industry, Chinese authorities have directed studios and actors to report any tax dodging and pay what they owe by the end of the year to avoid penalties.