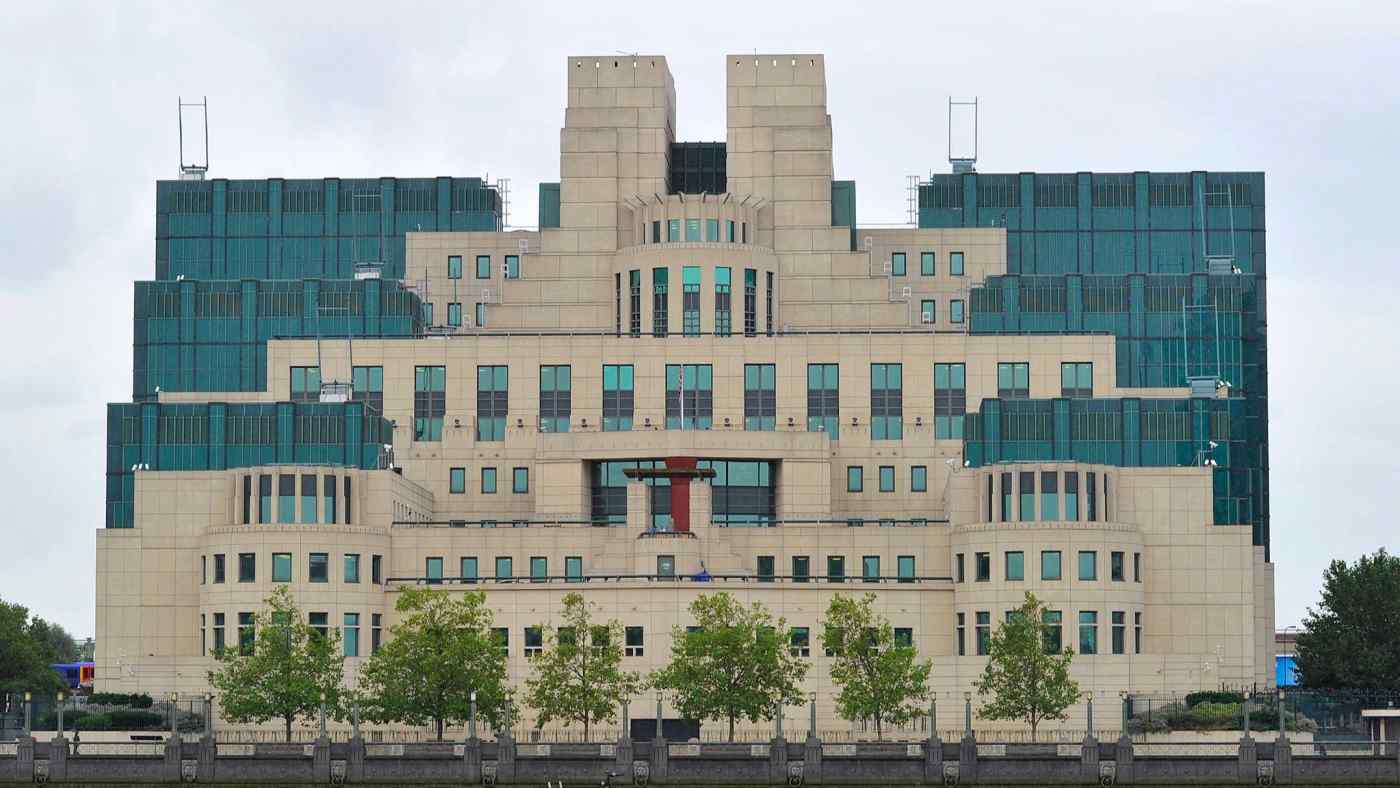 LONDON -- In his first public speech since becoming Britain's spy chief, Richard Moore was unambiguous about the top challenge for his organization, MI6: China

"Adapting to a world affected by the rise of China is the single greatest priority for MI6," Moore, chief of the U.K. Secret Intelligence Service, said Tuesday at the International Institute for Strategic Studies here.

In the speech -- a rare event for an MI6 chief -- Moore mentioned China, Beijing or Chinese 25 times.

"We are deepening our understanding of China across the U.K. intelligence community, and widening the options available to the government in managing the systemic challenges that it poses," he said.

He also emphasized the need to be at the forefront of technology, in a global environment where Chinese surveillance tech is expanding its reach.

Moore became chief of the Secret Intelligence Service, a role traditionally known as "C," in October 2020, though he has been with the MI6 for 34 years. He also served as the British ambassador to Turkey from 2014 to 2017.

Moore warned that Chinese intelligence services are "highly capable," and "continue to conduct large-scale espionage operations against the U.K. and our allies."

He also said MI6 was "concerned by the Chinese government's attempt to distort public discourse and political decision-making across the globe."

These include targeting government workers, industries and research, as well as monitoring and trying to exert influence over the Chinese diaspora. Social media platforms were cited as being used for their operations.

Other countries should be "clear-eyed" about debt traps, data exposure, and vulnerability to political coercion due to depending on relationships that have no recourse to an independent judiciary or free press.

MI6, an organization made familiar around the world through the James Bond films, chiefly gathers international intelligence to protect the U.K. and its interests from overseas threats.

Moore's speech titled, "Human Intelligence in the Digital Age," addressed the threats faced in a digital age and how intelligence gathering must evolve to meet them.

While acknowledging that the U.K. needs to cooperate with China in areas such as trade, investment and global challenges like climate change, "the fact remains that China is an authoritarian state," Moore said, meaning threats and opportunities coexist.

China is counted among the "big four" threats, the others being Russia, Iran and international terrorism.

The MI6 chief said China's "growing military strength and the [Chinese Communist] Party’s desire to resolve the Taiwan issue, by force if necessary, also pose a serious challenge to global stability and peace."

According to the International Institute for Strategic Studies Military Balance 2021, China has the world's second-largest defense budget after the U.S., spending $193.3 billion in 2020.

As the Chinese Communist Party leadership favors "bold and decisive action" on national security grounds, and underestimates the resolve of the U.S., "the risk of Chinese miscalculation through overconfidence is real," Moore said.

Moore also noted that the threats and competition in technology extend to the intelligence sphere.

The concern is that Chinese technology used for control and surveillance is increasingly exported to other governments, according to Moore. This is "expanding the web of authoritarian control around the planet," he said.

With the British intelligence service having to operate globally in environments that include Chinese surveillance technology, and adversaries investing heavily in technologies such as artificial intelligence, quantum computing and synthetic biology, the U.K. is stepping up efforts to be at the forefront. To do so, in a significant break from past practice, the MI6 is seeking partnerships with the tech community, Moore said.

"I cannot stress enough what a sea change this is in MI6's culture, ethos and way of working, since we have traditionally relied primarily on our own capabilities to develop the world-class technologies we need to stay secret and deliver against our mission."