After 3 years, Suu Kyi running out of time to energize Myanmar economy 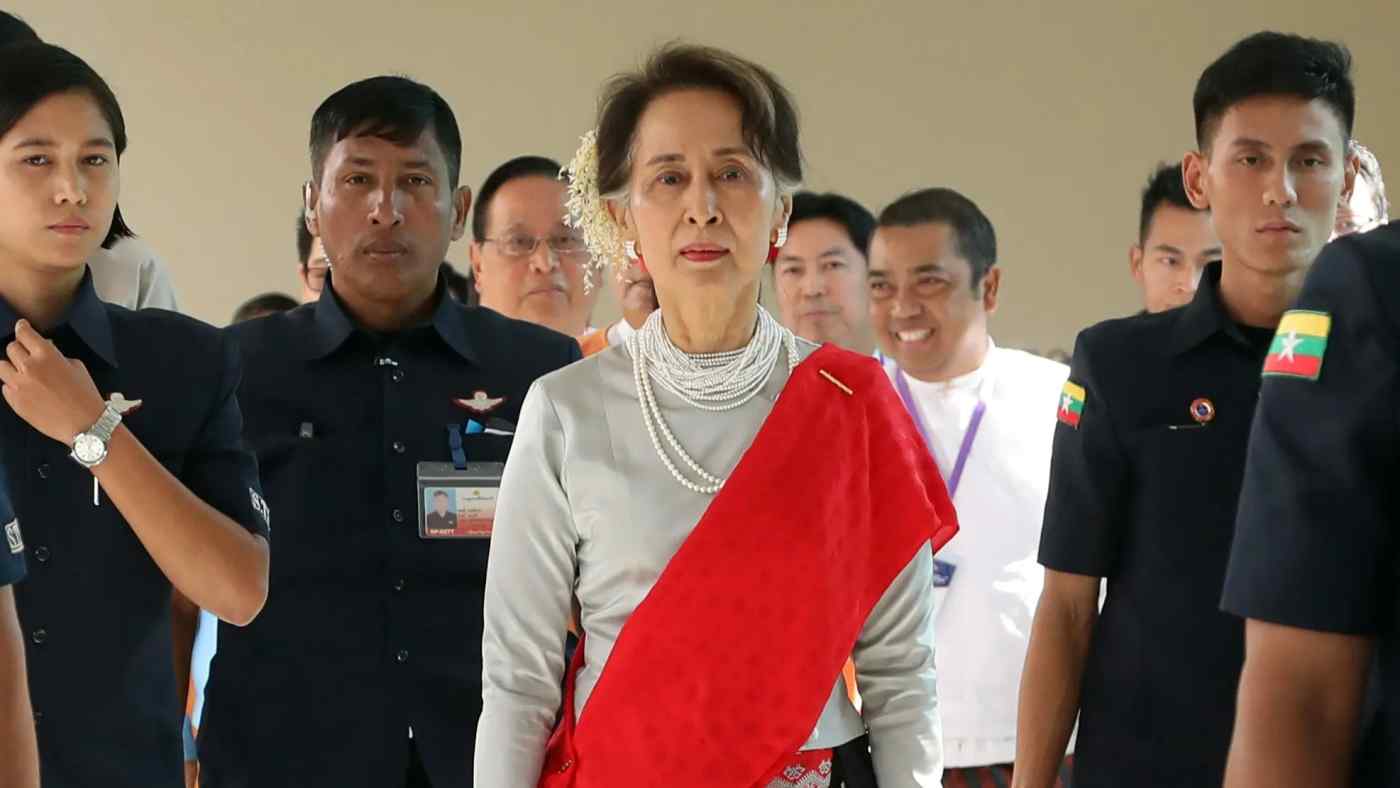 YANGON -- Myanmar State Counselor Aung San Suu Kyi's government is racing against the calendar. Her National League for Democracy marks the third anniversary of its rise to power on Saturday, but this is only a reminder that she has less than two years to rev up the economy before the next general election.

The government is now pushing to accelerate reforms, but progress has been slow over the last three years.

"In ministries there are a lot of people who really do want to change things, but they are still stuck in the inheritance of years of isolation," said Filip Lauwerysen, executive director at the European Chamber of Commerce in Myanmar, referring to the country's five decades under military rule.

Democratization and the political ascent of Nobel Peace Prize winner Suu Kyi had raised hopes of a full-on economic transformation, but Lauwerysen said officials are "very underpaid and understaffed," and communication between ministries and government agencies is lacking.

Foreign investors have recoiled. The Myanmar Investment Commission approved $3.4 billion worth of deals involving overseas companies from April 2018 to February 2019, down 35% on the year and the third straight drop.

Like other emerging economies, Myanmar needs to attract global companies not only for their money but also their business expertise. But investors are wary of obsolete regulations that have been in place for decades, as well as insufficient infrastructure like electricity and roads. At the same time, the Rohingya refugee crisis has tarnished the government's international reputation and given companies another reason to steer clear. An ambitious plan to develop Dawei as an industrial hub remains in doubt. (Photo by Yuichi Nitta)

One policy analyst who asked not to be named put it simply: "The government lacks the ability to carry out reforms."

Likewise, economic growth is not meeting expectations. The country's gross domestic product expanded 6.8% in fiscal 2017, falling short of the 7-8% forecast, according to the World Bank. The pace is believed to have slowed to 6.2% in fiscal 2018.

Suu Kyi's government did ease foreign investment requirements in the retail, wholesale and financial sectors, all of which had been tightly restricted. And with the November 2020 vote fast approaching, the government appears to have a new sense of urgency.

At a state-sponsored Myanmar Investment Summit in Naypyitaw, the capital, in January, Suu Kyi pledged to establish attractive conditions for companies. "I hope that it is now obvious that Myanmar is committed to creating not only a favorable, but also a predictable, facilitative and friendly, investment environment," she said.

Last November, the government established a Ministry of Investment and Foreign Economic Relations, in a step toward streamlining procedures and attracting more investors.

Still, delays and unfulfilled promises make it hard to shake the doubts.

In January, the government disclosed the details of its review process for foreign insurance companies looking to enter the country. On Friday, the government was scheduled to announce approvals for three companies to do business through wholly owned subsidiaries. Instead, they postponed the announcement to April 5, citing a "continued selection process" and without giving a full explanation.

At a visitor center in the southern special economic zone of Dawei, an illustration on a wall depicts a planned industry and distribution hub with a deep-sea port. The project is meant to take advantage of the area's proximity to Bangkok, and a major Thai construction company acquired the development rights in 2015. But since the land was leveled, there has been no progress.

"It makes me wonder how serious the government is about this project," said a local company official involved.

Some say that under previous military-dominated governments, officials who had the clout took the initiative and swiftly made decisions based on the top leaders' intentions. In comparison, they say, the NLD government is slow to act and struggles to navigate the country's still-militaristic bureaucracy.

This image could hurt the NLD at the polls. "Over the past three years, we have seen no improvement in our lives," complained one resident of Shan State, where many ethnic minorities live.

In Myanmar's big cities, voters see few viable choices besides the NLD. But in states home to sizable minority populations, ethnic political parties appear to be gaining new supporters. Since 25% of parliament seats are allocated to military officials, the NLD could be at risk of losing its majority.

Reversing the investment decline might help the NLD. But as far as European investors are concerned, Lauwerysen said it is important for them to see that the "Myanmar authorities recognize [the Rohingya issue] as a big problem and are trying to cooperate to find a solution."

On a more positive note, Lauwerysen said the companies that have already bet on Myanmar are unlikely to give up on the country.

"The companies that are active in Myanmar, they are committed to stay," he said. "Of course, most of them feel that the climate is tough, maybe they had entered with too high expectations. But the potential of the county is still very much there."

An economic analyst in Yangon agreed. "Myanmar's potential, given its location between two giants India and China, has not changed," the analyst said on condition of anonymity. Noting that the government has made some headway in reforming investment requirements, he said "the question is how much they can make it work."