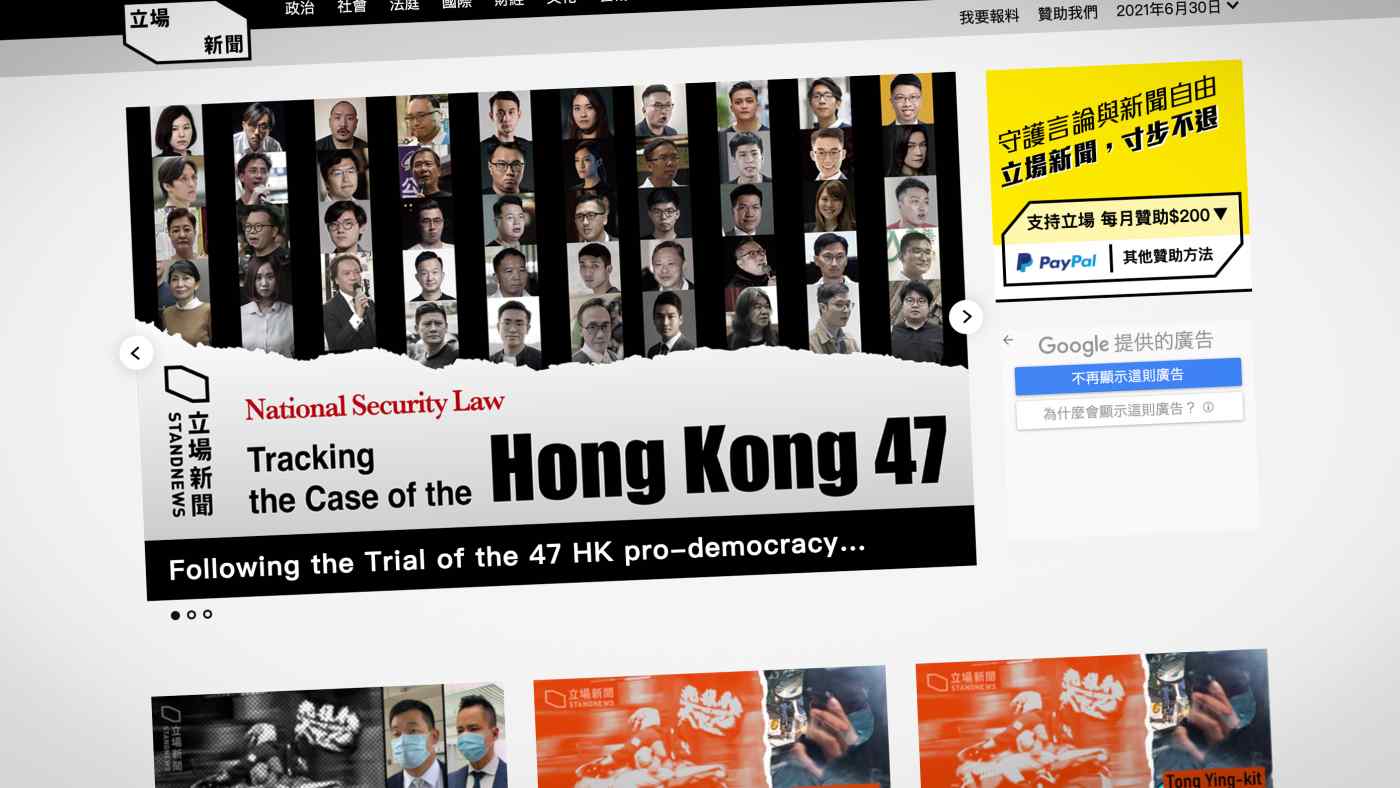 HONG KONG -- Independent news outlets in Hong Kong are rushing to take down articles and suspend donations, among other precautions, as the shutdown of pro-democracy newspaper Apple Daily sends a deep chill through the territory's once-freewheeling media industry.

Online publisher Stand News, one of the largest nonprofit media outlets in Hong Kong, announced this week that it would remove most opinion articles published on its site. Some were penned by activists now in jail or in exile, and discussed sensitive topics such as foreign sanctions.