In Indonesia and Malaysia, young politicians emerge in party ranks JAKARTA/KUALA LUMPUR -- Political parties around the world have sought to unlock the secret of attracting more millennial voters. The new Indonesian Solidarity Party (PSI) took a blunt approach: it barred people older than 45 from joining.

As Indonesia gears up for national elections in April, the PSI -- known as the "millennials party" -- is generating attention for its focus on issues that appeal to the young.

This makes sense in a young country where the median age is about 30. People in their 20s to 30s account for 40% of Indonesian voters, making the millennial generation a potential voting bloc of more than 80 million. PSI candidates have emphasized issues important to them, including ending a chronic shortage of school teachers and lowering the income tax for millennials.

Natalie is hoping to harness younger voters' anger at conventional politics that has left everyday problems unaddressed. In a speech on March 11, she said teh country needed to be saved from "corruptors who think they are the most righteous and therefore feel entitled to discriminate against people with different faiths."

“We will disrupt the long nap of politicians who work only once in every five years,” Natalie said.

The presidential election will be held together with the election for the national assembly, so President Joko Widodo will need to win support from younger voters. He successively posts photos of himself riding a motorcycle on the Instagram social networking site in a bid to stress his common touch. But his choice of senior cleric Ma'ruf Amin as running mate, while somewhat shielding him against anti-Islam allegations, risks alienating such voters. Analysts say  the opposition's vice presidential candidate, the relatively young businessman Sandiaga Uno, appeals more to millennials.

About 60% of the world's millennials -- people born between 1980 and 2000 -- live in Asia. Given this, many are looking to Asia to see how millennials will re-shape societies.

But when it comes to politics, the group has not proven to be much of a force, at least in youthful Southeast Asia.

A survey conducted in 2018 by the Hakuhodo Institute of Life and Living ASEAN, a think tank based in Bangkok, found 29.9% of people in their 20s in major Southeast Asian nations were interested in politics and the economy, compared with 36.7% in Japan as of 2016.

Yet in Malaysia, young voters proved to be decisive in the general election in May 2018, when former prime minister Najib Razak was defeated by Mahathir bin Mohamad. The election also saw the rise of young politicians, including Syed Saddiq, a then-25-year-old opposition candidate.

Syed Saddiq, who beat a veteran lawmaker by attracting strong youth support, was picked by Mahathir to serve as the minister of youth and sports in his cabinet. The difference in age between them is 67 years. 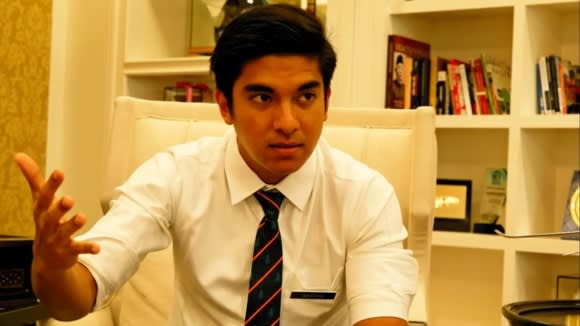 "I entered (the race) to clean up politics," Syed Saddiq said in an interview. "If the youth of Malaysia or Asia would keep on shying away from politics because of its dirtiness, then the youth will always be sidelined, our voice would be unheard," he said.

"The point is we are the future," he said. "If we don't do something now, when we are young, then we will inherit a nation which is built by the arms and hands of those who might not represent our generation. The time to act is now."