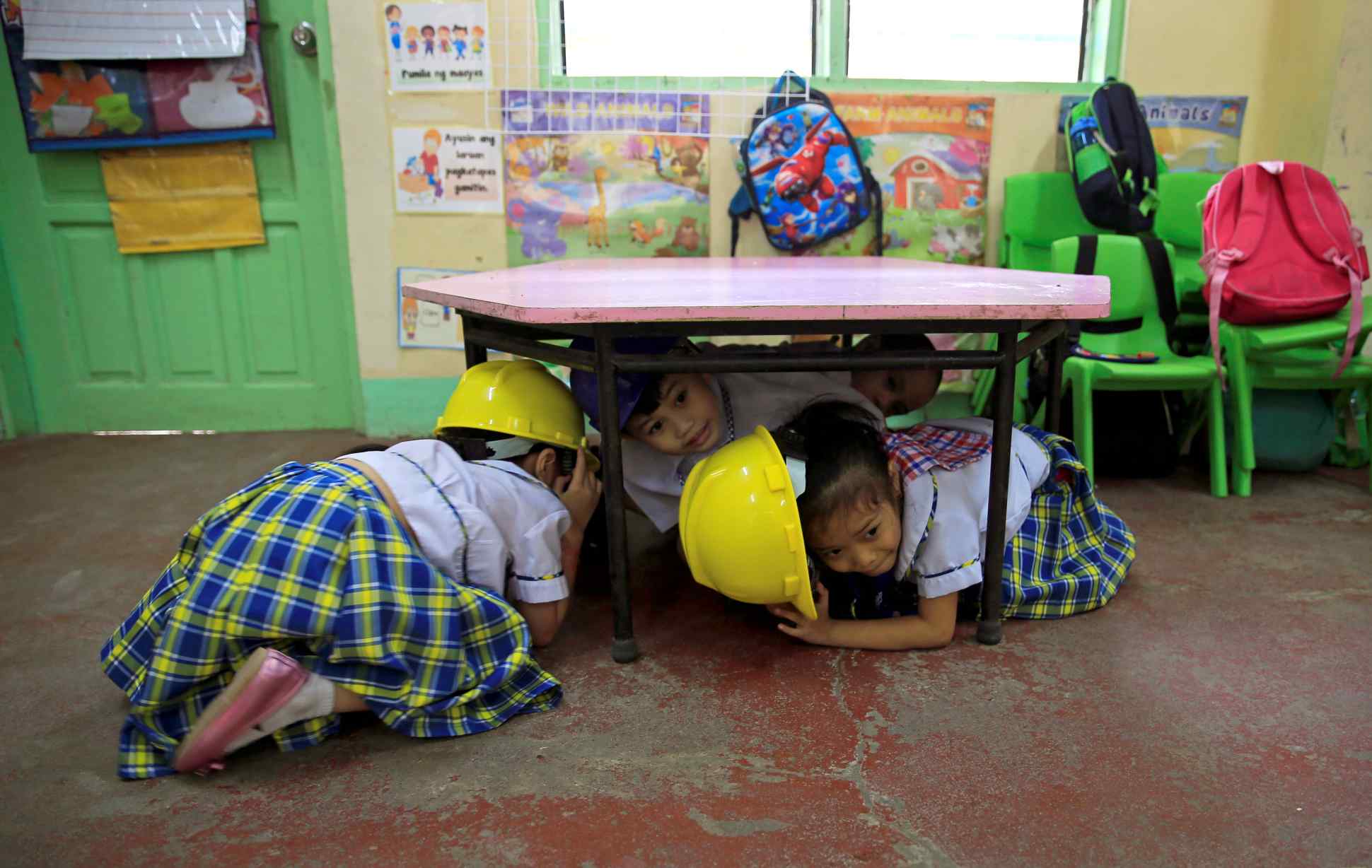 Students prepare for the "Big One" at a Manila elementary school on Feb. 15.   © Reuters
Politics

Asia seeks to improve its record on disaster preparedness

Volcano-packed Indonesia has reduced its fatalities thanks to better monitoring

BANGKOK/MANILA -- In an infamous incident in 1982, all four engines on a British Airways Boeing 747 failed when it encountered a dry cloud of volcanic ash from Indonesia's Mount Galunggung. "We are all doing our damnedest to get them going again," the captain told his passengers. "I trust you are not in too much distress." The crew succeeded, but not before the airliner had glided from 37,000 feet to 12,000 feet.

The chances of such an incident repeating itself have been virtually eliminated by better ground warning systems, improved avionics and the demands of aviation insurance, but volcanic disruption remains potentially immense. Some 100,000 flights were canceled over six days in April 2010 when Iceland's Mount Eyjafjallajokull fouled up busy trans-Atlantic corridors and European airspace, and 10 million travelers had flights canceled. A serious eruption in Southeast Asia could wreak havoc on the archipelagic, tourism-dependent economies of Indonesia and the Philippines, and affect routes to Australia and New Zealand.