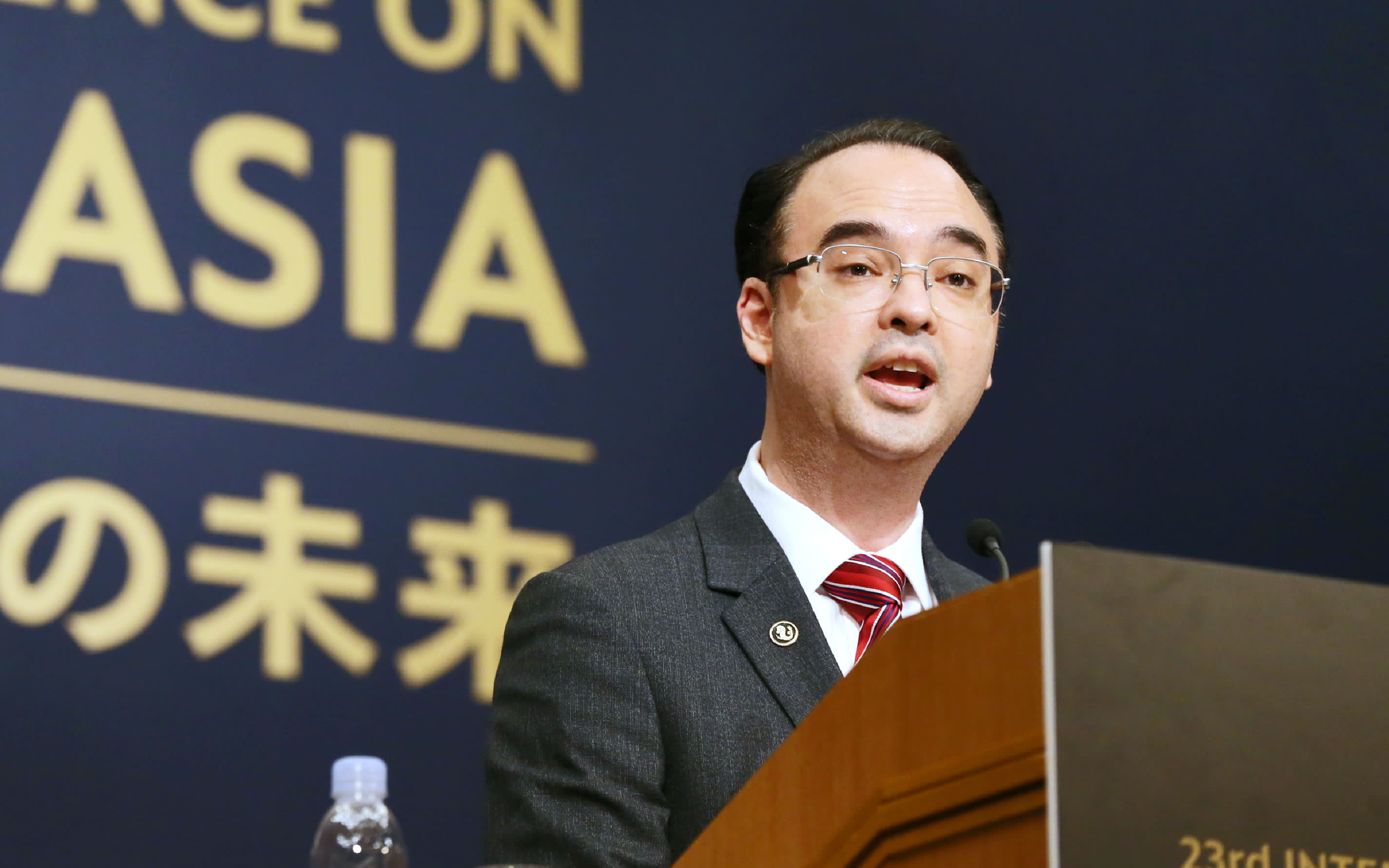 Philippine Secretary of Foreign Affairs Alan Cayetano delivers the closing speech at The Future of Asia 2017 Conference in Tokyo on June 6.
Politics

TOKYO -- Asia, though it has become the world's growth center, should actively shape its own future through both internal and external partnerships.

That was the key message from Alan Cayetano, Philippine Secretary of Foreign Affairs, who gave the closing remarks at the two-day Future of Asia Conference in Tokyo on Tuesday.

At the two-day meeting organized by Nikkei Inc, speakers from Asian countries discussed issues facing the region, including the rising trend of anti-globalization and security concerns.

Cayetano delivered an upbeat assessment of the region: "Asia need not despair from the shock of the rapid changes that are being seen around the world. The future that awaits our region remains a bright and prosperous one."

He stressed that Asia should not simply wait for tomorrow, but actively move forward, saying that the future requires Asia "to choose to actively shape and secure its own future, from within and in partnership with external partners."

Regarding the Philippine economy after nearly one year under President Rodrigo Duterte, Cayotano said that "the present government would like to do more than just sustain the Philippines' growth momentum."

"The goal is," he claimed, "to usher in the golden age of infrastructure, attract investments, create jobs and achieve economic inclusion." Cayotano expects these measures to transform the Philippines into a high middle-income country by 2022. He also spoke about reducing the poverty rate from more than 20% in 2015 to 14% by the end of the president's six-year term.

The secretary implicitly called for understanding and cooperation of Duterte's efforts, stressing that the president is mandated by the Filipino people to "make hard choices," "to solve unsolvable problems" and "to make the Philippines safe for all."