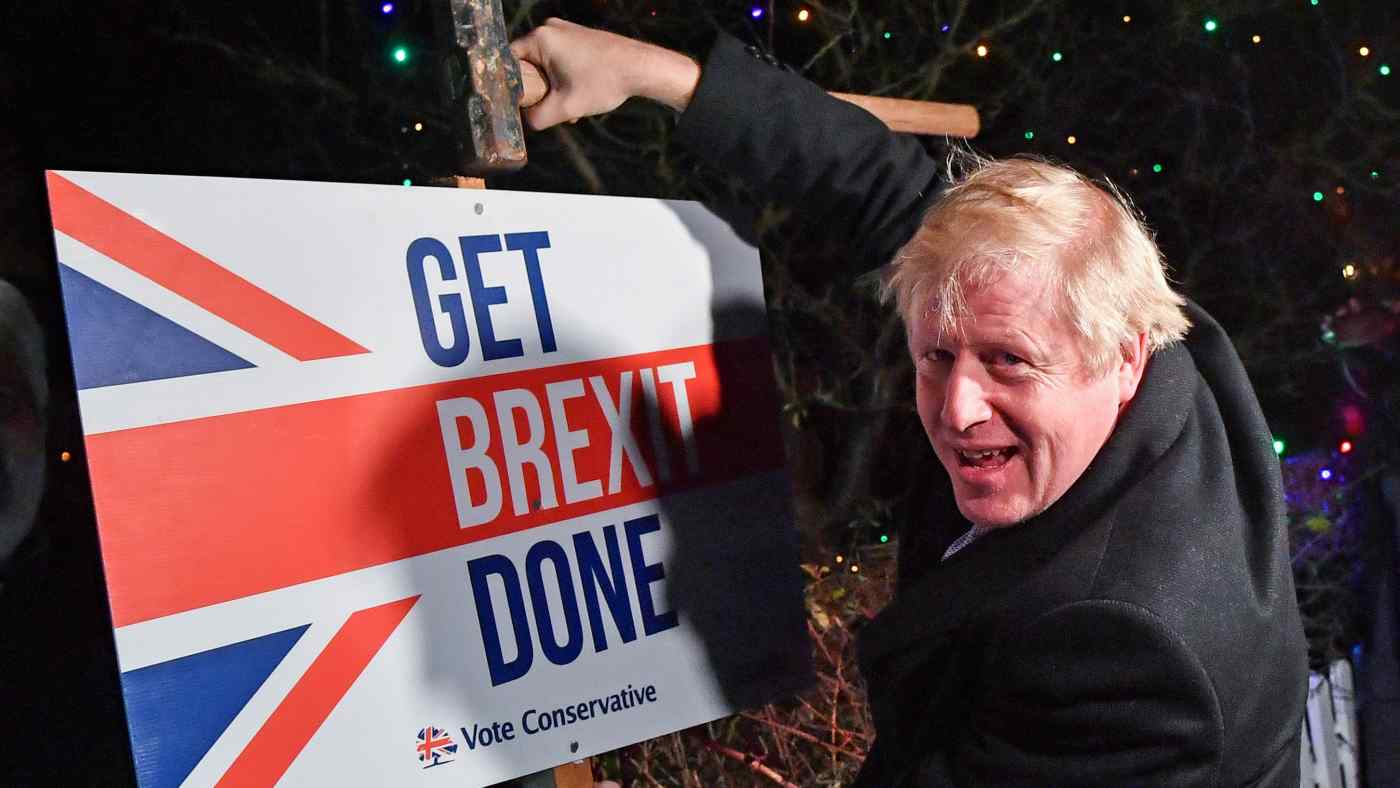 Britain's Prime Minister Boris Johnson, the leader of the Conservatives, poses with a sledgehammer after planting a "Get Brexit Done" sign in the garden of a supporter on Dec. 11.   © Reuters
ANDREW SHARP, Nikkei Asian Review deputy politics and economics editorDecember 13, 2019 17:13 JST | Europe
CopyCopied

TOKYO -- The substantial majority for Prime Minister Boris Johnson's Conservatives in Thursday's U.K. election is set to hasten the nation's departure from the European Union. This removes some uncertainty for Asian companies investing in Britain, but leaves them with difficult decisions to make.

"This one-nation Conservative government has been given a powerful new mandate to get Brexit done -- and not just to get Brexit done but to unite this country and to take it forward," Johnson said early Friday after winning in his constituency.