Prayuth and other generals use fortunetellers to lift their spirits 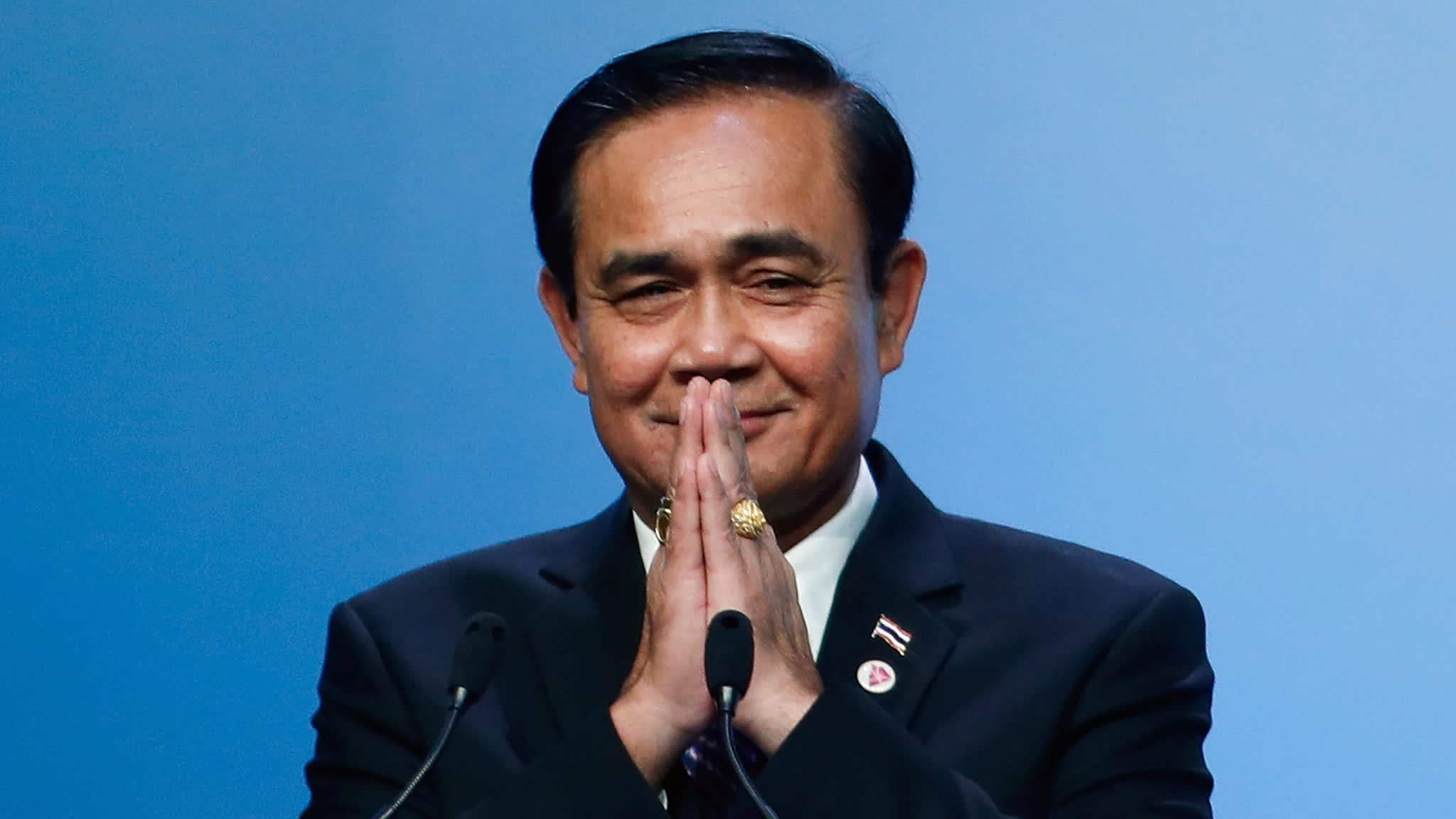 CHIANG MAI, Thailand -- In a leafy neighborhood of Chiang Mai in Thailand's hilly north, Warin Buawiratlert resides in an opulent mansion set behind high walls and a black iron gate, and bills himself as "the fortuneteller to the generals."

"Everything has happened just like I have said," Warin, 61, told the Nikkei Asian Review as he leaned across a low table in a spacious room bathed in morning light. "They call me the NCPO's astrologer."

The National Council for Peace and Order (NCPO) is the official title of the junta that seized power in May 2014, headed by then army chief General Prayuth Chan-ocha.

"I have said that Prayuth will be prime minister for two terms," Warin told Nikkei, reminding of a prediction he first made in 2016.

Warin turns to an ornately carved black statue of a Himalayan holy man in the room where he dispenses predictions to visitors on Saturdays. The spirit of the holy man channels visions through him, according to Warin.

Softly-spoken and slight, Warin's predictions have become a staple of the Thai press, and are often mixed with other political news and splashed beneath large headlines. 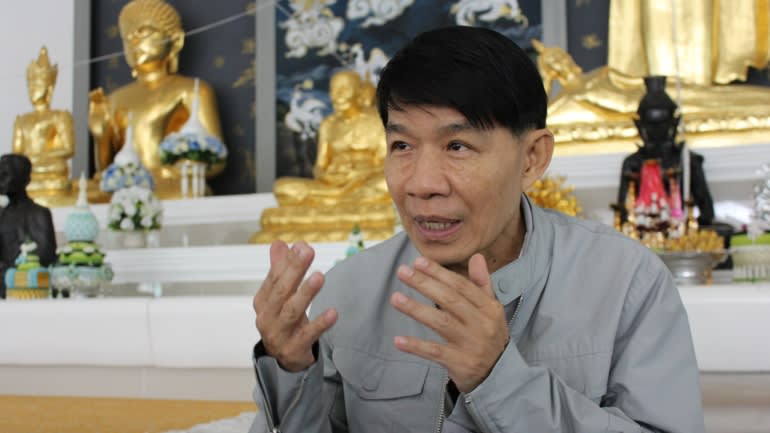 Warin Buawiratlert, the "fortune teller to the Thai generals," says Prayuth will likely serve another term as prime minister. (Photo by Marwaan Macan-Markar)

Warin set tongues wagging this year when he predicted Prayuth, who has consistently failed to honor his election promises, would return as prime minister after elections in 2019. He set the tone ahead of the 2014 coup, the 13th successful putsch among 22 attempted since the end of absolute monarchy in Siam in 1932, when he correctly predicted Prayuth's toppling of the caretaker civilian government of Prime Minister Yingluck Shinawatra and usurpation of the premiership.

Warin previously predicted that another army chief, Gen. Sonthi Boonyaratglin, would stage the coup in 2006 that unseated Prime Minister Thaksin Shinawatra, Yingluck's older brother. Warin has come to be regarded as the oracle to two military regimes.

A book on the table has Warin dressed in white on its cover, and confirms his celestial counsel to men in khaki. Thailand has some 800 generals, and the book contains a long list of the most senior ones who have made the pilgrimage to his mansion. It includes the junta's second in command, Deputy Prime Minister Prawit Wongsuwan, and Interior Minister Anupong Paochinda -- both army chiefs like Prayuth in their day.

The influence of practitioners like Warin is well established among the superstitious militaries of Southeast Asia, particularly Myanmar which was ruled for 26 economically disastrous years by Gen. Ne Win after a coup in 1962. Ne Win's obsession with astrology and numerology was widely known.

"A military man, for instance, might ask a diviner when it is best to make a career move to ensure that things will proceed smoothly," Edoardo Siani, a cultural anthropologist on Thailand at Japan's Kyoto University, told Nikkei. "The need to consult diviners increases during periods of crisis. The opinion of diviners may also be sought when it comes to choosing the leader of a political party."

"They need someone to confirm that they will succeed after they have overthrown a government."

Some observers regard the importance given to astrologers as evidence of insecurity. "The fortuneteller is the answer to help these leaders see the future, gain confidence, and ensure stability," Pipad Krajaejun, an historian at Bangkok's Thammasat University, told Nikkei.

"Even though the generals may have the strength of troops, weapons, money, and high rank, they still lack confidence," said Pipad. "They need someone to confirm that they will succeed after they have overthrown a government."

Astrology has deep cultural roots in Thailand and the region, and is just as popular among the general public as it is among military and political leaders. People seek advice on propitious dates for major personal events, such as marriages, when to conceive, start a new business venture, or buy and sell property. Students visit fortunetellers ahead of exams, or when they are troubled in love and looking for a new partner.

Appealing to the supernatural has become a part of political warfare. In 1992, protesters in Bangkok brought down curses in public ceremonies upon the government of another former army chief, General Suchinda Kraprayoon, and it ended badly for him.

Resorting to witchcraft and the occult has remained a feature of Thailand's deeply divided politics since the 2006 coup. Political foes have performed rituals involving blood and black magic to curse their political foes. Cambodian sorcery has always been considered particularly potent.

"When one side knows about the other's witchcraft efforts, it will stage its own rite to undo the curses and to attack the other side," said journalist Wassana Nanuam in her best-selling book on black magic and fortune telling in Thai politics. "It has now become an endless war of sorcery."

Prayuth does not appear to have to ward off curses for now. According to seers far less prominent than Warin, the stars are already aligned in his favor. During a recent swing through the northern province of Phayao, a local soothsayer inspected Prayuth's open palm through a magnifying glass and prophesied success.

The general hugged the seer, waved to the crowd, and moved on with a confident clip in his step.