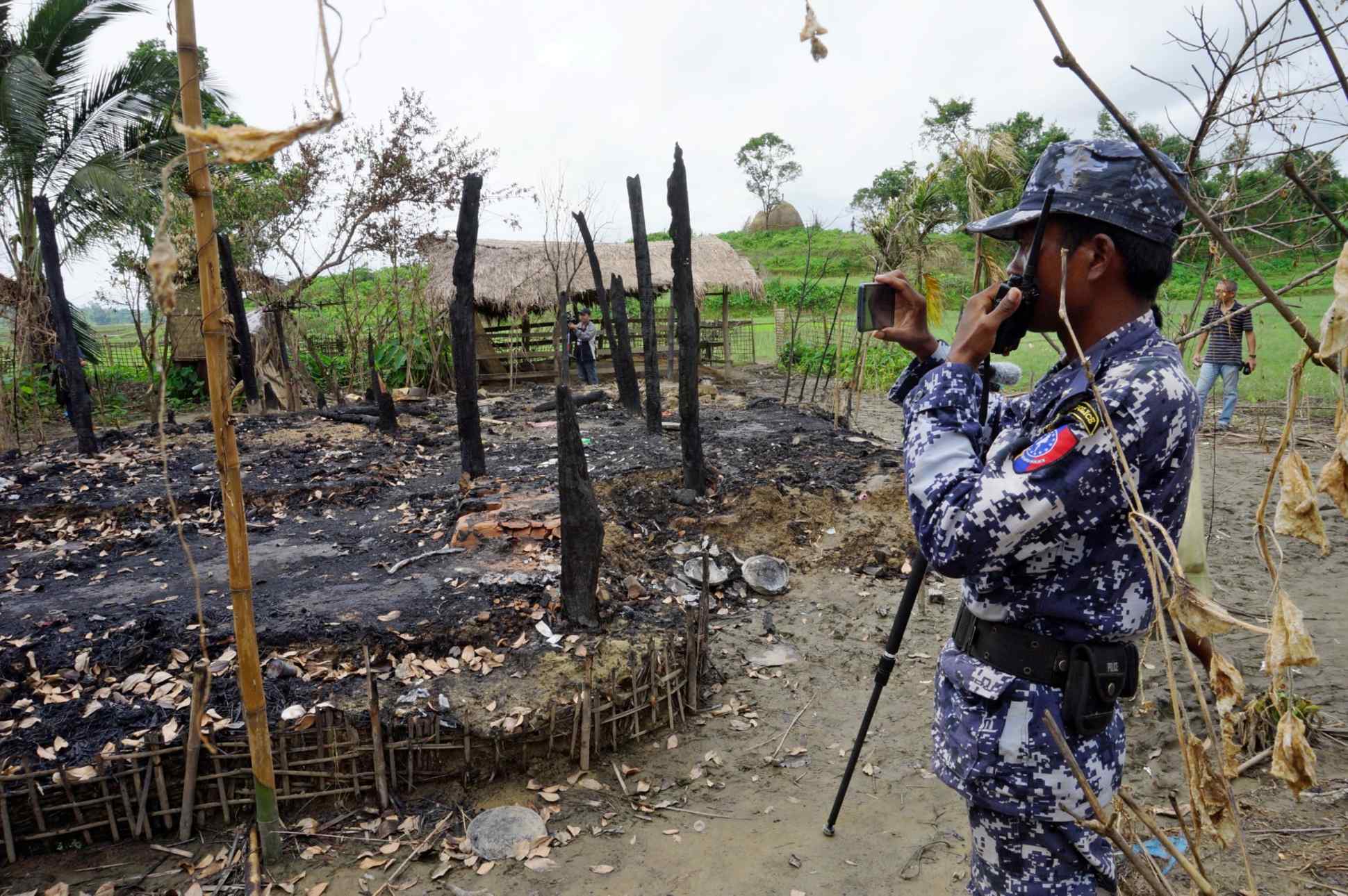 At least 70 dead in Myanmar after attacks on security forces

YANGON -- A series of predawn attacks Friday by suspected Rohingya militants in a restive area of Myanmar killed 11 army personnel and police officers, leaving a total of at least 70 dead on both sides, according to the government.

Bodies of what appeared to be Rohingya militants have been found at the sites of the raids on security installations in the northern part of Rakhine state, officials said.