But nearly a year after Suu Kyi and her National League for Democracy assumed office, the results of the peace process have been disappointing and disheartening for all those who had such high hopes at the outset.

When they took office last April, Suu Kyi and her government were in an ideal position to make progress on their stated priority of achieving peace with armed ethnic groups. The NLD's landslide victory in the November 2015 general election gave it firm control of parliament and government -- with the exception of constitutional amendments. A Kachin KIA soldier on security duty on the front line a few kilometers south of the Kachin Independence Organization headquarters in Laiza, Kachin State, in Myanmar. (Photo by Steve Tickner)

While barred from the presidency by the military-drafted constitution, Suu Kyi's authority and power as state counselor -- similar to a prime minister in a semi-presidential system -- is unparalleled for a civilian leader. It remains constrained however by the allocation of 25% of parliamentary seats to the military and three vital security-related ministries in the cabinet. Nevertheless, ethnic minority groups placed great hope in her to continue the reconciliation process launched under the previous military-backed government -- but this time in a fair, democratic and inclusive manner that would encompass several groups previously outside the process.

No one would deny the daunting challenges confronting the NLD government in its peace efforts. A de facto civil war has continued for almost seven decades. The profound grievances and distrust between the central government and the ethnic armed groups run deep on both sides. The military still operates, at least partly, beyond the control of the civilian government. But Suu Kyi inspired people by offering the possibility of fresh momentum, a genuine dedication, and a plausible strategy to move forward and allocate the resources needed to achieve success. At the very least, people want to see a workable plan and its implementation.

Yet, widespread disappointment has set in. Since the NLD government assumed power, the peace process has regressed rather than progressed. Most notably, fighting between ethnic armed groups and government troops in northern Myanmar has reignited and intensified since mid-2016, culminating in counterattacks by the ethnic Northern Alliance against the military in government-controlled territory last November. The loose grouping includes the Kachin Independence Army (KIA); the Arakan Army, (AA); the Ta'ang Liberation Army, (TNLA); and the Myanmar National Democratic Alliance Army (MNDAA).

As their desperation grew in the face of the military's enhanced attacks on their territories, these groups increasingly sought to divert pressure through counterattacks. Although sporadic fighting never ceased under the previous Thein Sein government, the increased scale of the conflict and the emergence of the united front among four ethnic groups over the past year have set back the peace momentum by years. 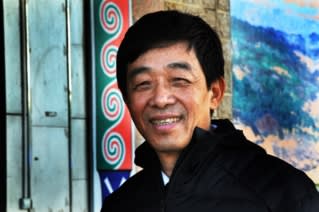 The second sign of regression in the peace process is the internal split among the armed ethnic groups, which further damages hopes for a solution. The fact that only eight of the 17 or so groups involved in negotiations signed the Nationwide Ceasefire Agreement in late 2015 under President Thein Sein instantly created two different groups. Some signatory groups, such as the Restoration Council of Shan State, were viewed by insiders as virtual accomplices to the military after they attacked non-signatory groups. But beyond this division, these northern alliance groups have been plagued by sharp internal disagreements. Within the KIA and associated Kachin Independence Organisation, the deep rift between the hardliners and the moderates is already an open secret.

Although the KIA and UWSA share a common aspiration for ethnic rights, they disagree on many other things, ranging from a negotiating agenda and strategy to the need for armed conflict and leadership status. The UWSA has always had a rather harmonious relationship with its proxy, the National Democratic Alliance Army (known as the Mong'la after the Shan State town in which it is based.) Nevertheless, last September saw the first major rupture of the alliance, when the UWSA bluntly invaded Mong'la territory as a warning against the latter's tendency to surrender ground to the military.

Technically, Suu Kyi should not be held responsible for many of these negative developments. It is Myanmar's military that is determined to defeat the ethnic "separatists" on the battlefield, and the misalignment of positions among the ethnic armed groups is neither her nor her government's fault. It is Suu Kyi's inaction, rather than action, that is the key problem. As state counselor, she has remained completely silent on the military's offensives and has made no meaningful effort to reduce tensions. It is all too easy to blame everything on the military and how it is using the conflicts to protect its political power. 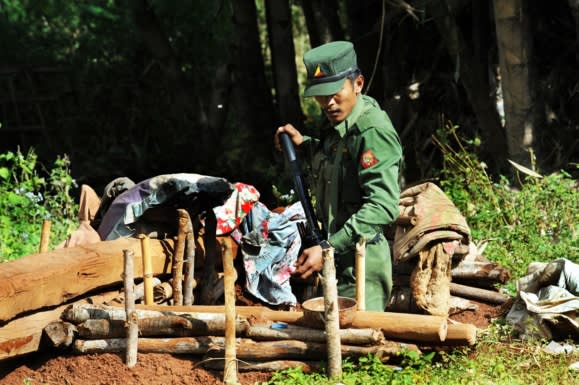 But there is a fundamental difference between making an effort to mediate and rein in the military and standing by as the bloodshed unfold. Efforts to mediate might be futile in the end, but not making them in the first place has made Suu Kyi appear -- in some critics' eyes -- as an accomplice to the military's actions. She has lost the confidence of the armed ethnic groups in being an honest broker. That loss will prove fatal for the future of the peace process.

Similarly, she has done nothing to unite with all ethnic groups, which would have been the perfect opportunity to demonstrate political wisdom and leadership. The ethnic groups had expected from her a vision anchored on federalism and a promise that justice and equality will eventually prevail. At the minimum, they wanted her to dedicate the necessary resources to craft that difficult strategy, appoint able personnel to carry through the painstaking process, listen to ethnic grievances and to reassure them that there is hope and that she is sparing no effort.

Yet to their disappointment, Suu Kyi seems to see the peace process as one of her many tasks and certainly not her top priority. Her strategy appears to be anchored in her belief that the democratic process will solve all problems as shown by the exceedingly inclusive 21st Century Panglong Conference last August. More than 700 representatives from all occupations, locales and civil society organizations in Myanmar were invited to the conference. Yet, ironically, only 150 representatives were from armed ethnic groups, while three groups that refused to negotiate - the AA, TNLA and MNDAA -- were excluded.

The new peace negotiation team, the National Reconciliation and Peace Center, has been extremely understaffed, especially in terms of experienced, professional staff with in-depth political knowledge of the peace process and technical expertise on such matters as ceasefire monitoring. The NLD government only formed the Joint Coordinating Body for Peace Process Funding in December 2016, eight months after its inauguration, leaving funding for much of the time frozen for compliance and control purposes.

A benevolent explanation of her failure lies in a lack of capacity: the capacity to understand the critical and difficult nature of the peace process; the capacity to craft strategy and implement it; and the capacity to navigate negotiations and to select the best people for the task. This might be all true.

However, a more realistic assessment of the situation renders a much darker story of shrewd political calculation: Just like the military, she does not trust the armed ethnic groups, and wishes to teach them a lesson, using the conflict to force them into making concessions at the negotiation table. Only after such concessions are accepted will she join forces with the ethnic groups to marginalize the military and try to bring it under civilian control.

The problem of that strategy lies in the false assumption that the ethnic groups can actually be beaten into a peace agreement. The military knows very well that they will not be coerced, and that the ongoing conflict and deepening gulf with the ethnic groups will only signify the failure of her government's initiative. Her inaction and ineffectiveness undermines her own authority and popularity, and could pave the way for an alternative outcome to the widely assumed reelection of the NLD -- with or without Suu Kyi at the helm -- in the 2020 national poll.

In echoes of Hans Christian Andersen's tale "The Emperor's New Clothes," the empress in this case might be wearing the most splendid gown woven with democratic values, profound political foresight and superior leadership and wisdom. But some keen observers are either too slow or too incompetent to see it.

Yun Sun is a senior associate at the Henry L. Stimson Center and a nonresident fellow with the Brookings Institution. These are her personal views.