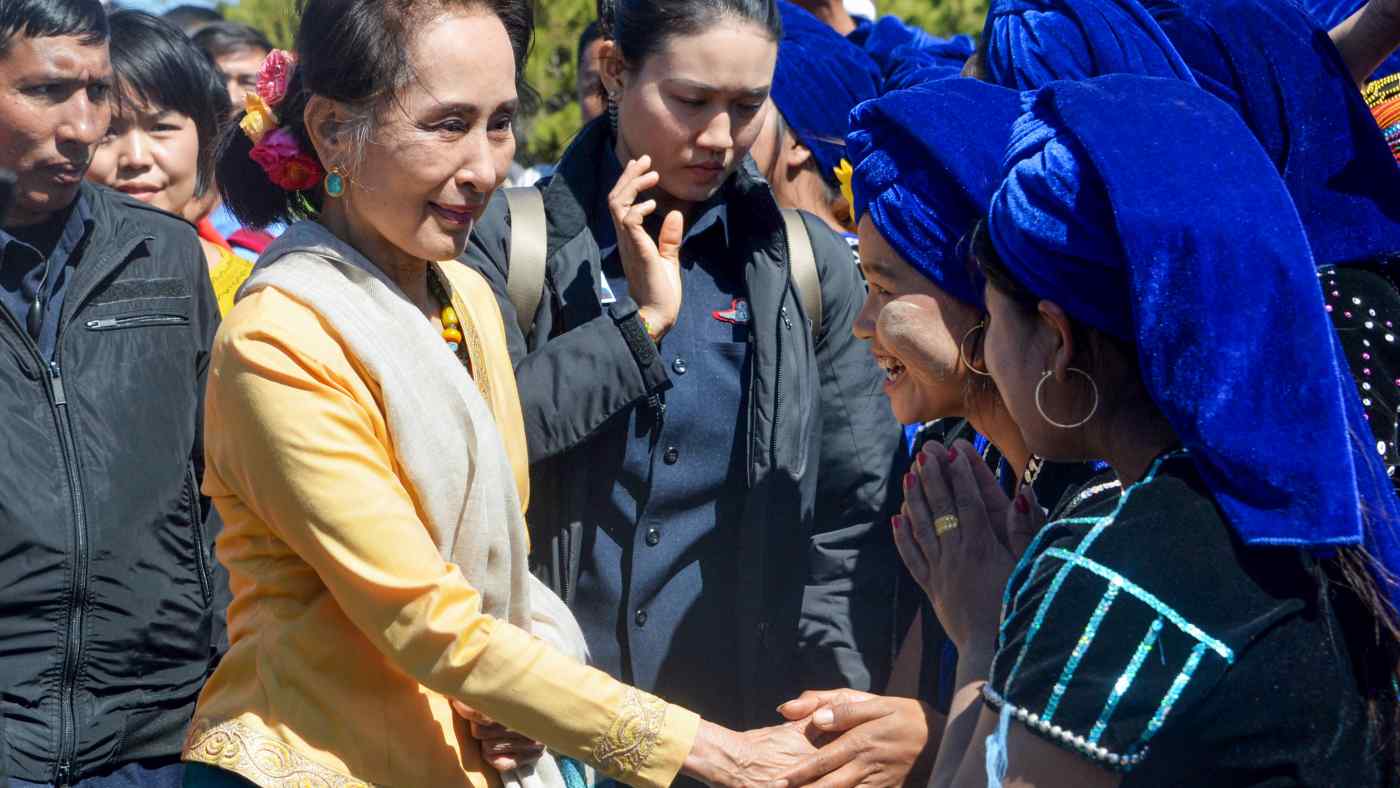 YANGON -- Myanmar's de facto leader Aung San Suu Kyi has hit the provincial campaign trail well ahead of November's general election, looking to ensure her party remains the largest in parliament despite her government's failure to deliver on many promises to ethnic minorities -- particularly peace settlements.

Her governing National League for Democracy, which marked its fourth anniversary in power on March 30, is expected to lose some seats in the legislature to regional parties -- but not its majority.