Australia budgets $580m for military bases and US war-games

Morrison pledges to pursue 'peace, stability and a free and open Indo-Pacific' 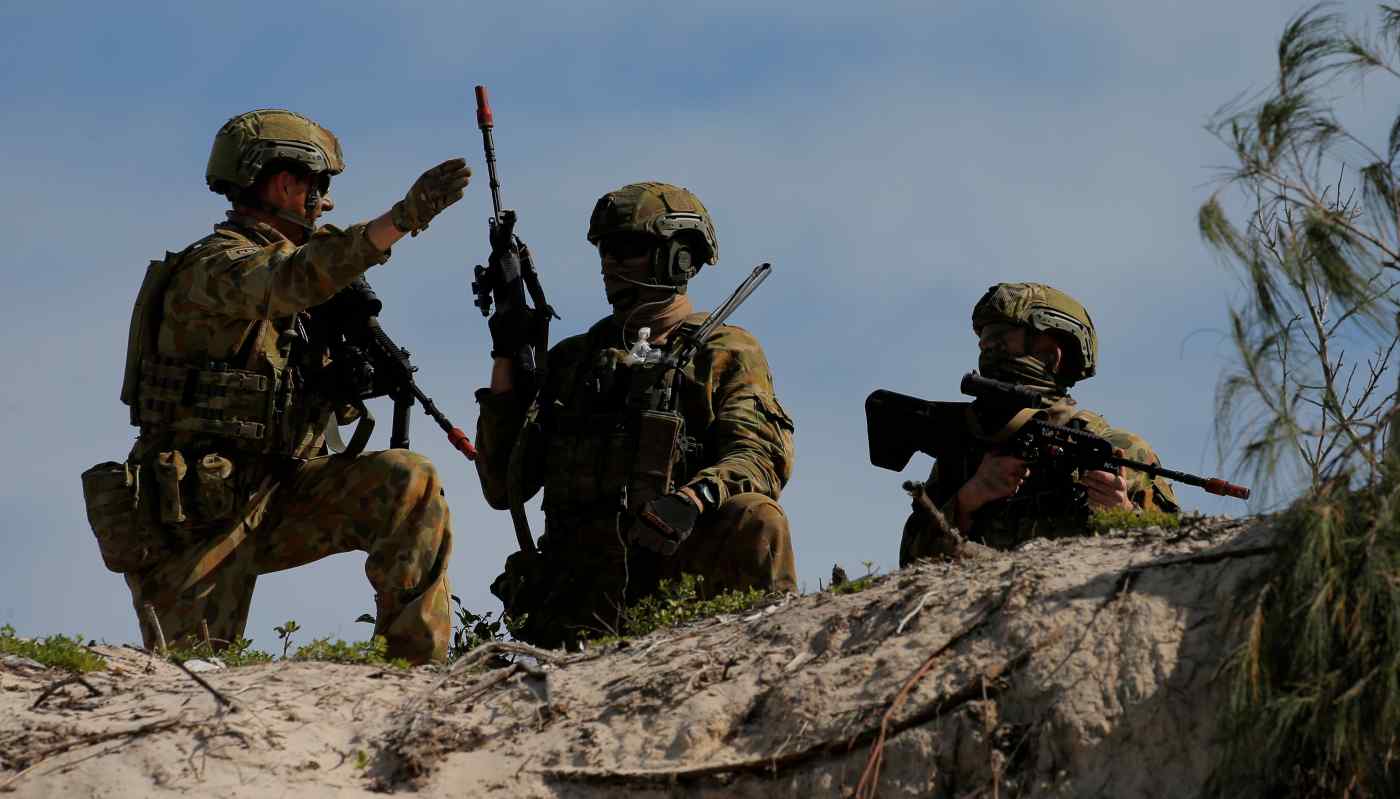 Australia announces a military upgrade days after one of its most senior security officials said liberal democracies must brace for war.   © Reuters
April 28, 2021 10:31 JST | Australia
CopyCopied

An airstrip in the Northern Territory will be lengthened to support larger aircraft, firing ranges overhauled and new training facilities set up for defense personnel and U.S. Marines, according to extracts of the announcement seen by Reuters.

"Working with the United States, our allies and Indo-Pacific neighbors, we will continue to advance Australia's interests by investing in the Australian Defense Force," Prime Minister Scott Morrison will say.

"Our focus is on pursuing peace, stability and a free and open Indo-Pacific, with a world order that favors freedom."

The military upgrades will begin this year and be finished by 2026.

The prime minister's office did not immediately respond to requests for comment.

The U.S. embassy in Canberra also did not immediately respond to requests for comment.

Australia and the United States hold biennial war games, the next of which is scheduled to begin in August.

Typically, more than 30,000 troops participate in the exercises off Australia's east coast.

One of Australia's most senior security officials earlier this week said liberal democracies must brace for war.

Home Affairs Department Secretary Mike Pezzullo did not specify the catalyst for his warning but it follows a sharp deterioration in Australia's relationship with China and a rise in regional tensions over Taiwan.

Relations between Australia and China have worsened since Canberra called for an international inquiry into the origins of the coronavirus, prompting trade reprisals from Beijing.

Australian Defense Minister Peter Dutton on Sunday said a conflict between China and Taiwan "should not be discounted."