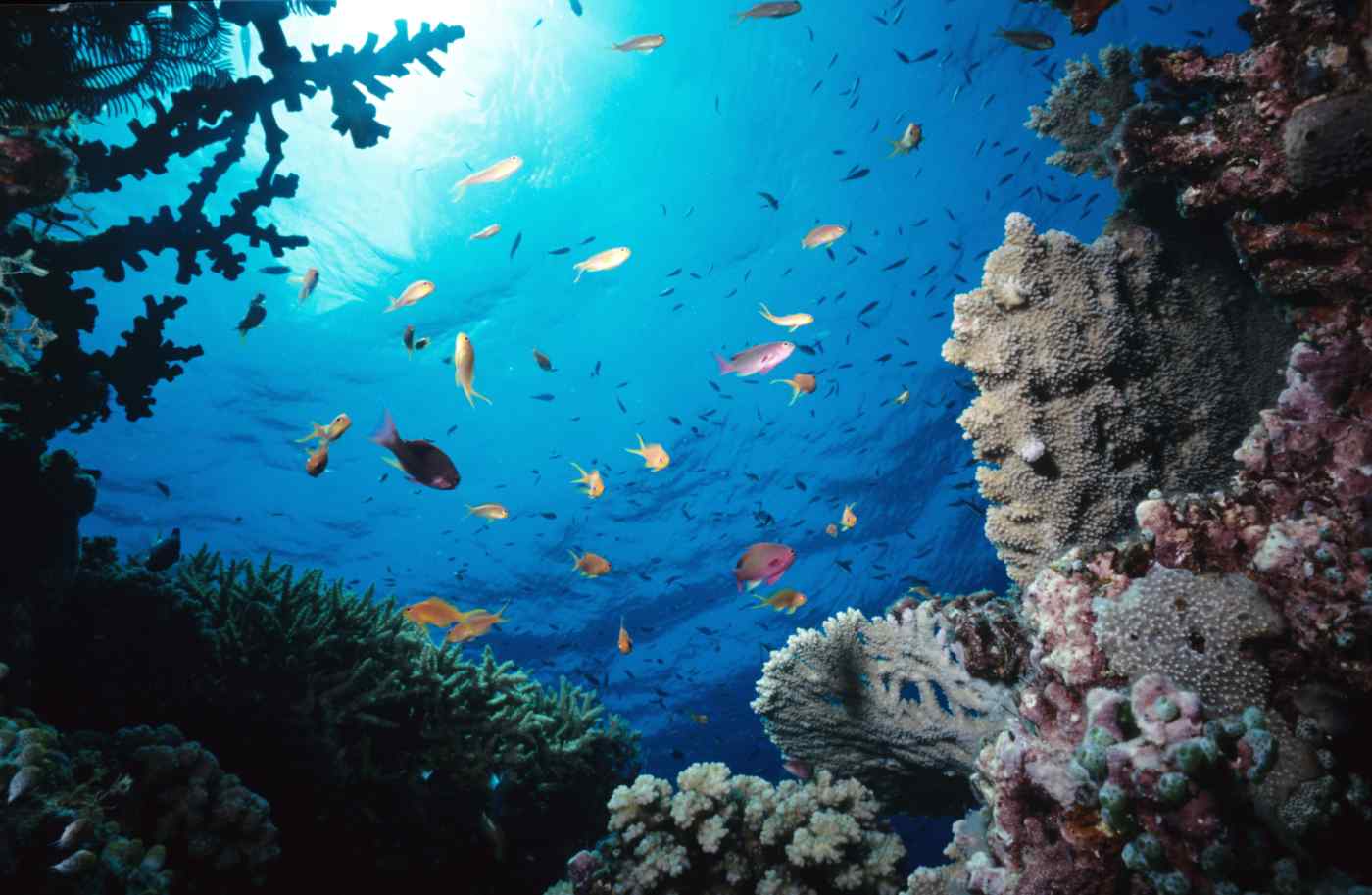 SYDNEY -- Teeming with neon-colored fish and vast ranges of branching, bulging, sculptural coral, Australia's Great Barrier Reef is one of the world's natural wonders. It is also a highly vulnerable asset now under threat from extreme weather conditions.

Running parallel to Australia's northeastern coast, the reef covers roughly 2,300 km of ocean, an area bigger than Japan, and is home to vast numbers of fish, hard and soft corals, turtles, whales, starfish and countless other marine species.

As a drawcard for hundreds of thousands of visitors annually, the Great Barrier Reef generates as much as 6 billion Australian dollars ($4.4 billion) per year, and for its commercial value as well as beauty, is irreplaceable. Yet, for the second consecutive year, amid record summer temperatures, stretches of the reef's coral have been "bleached" by sustained above-average ocean temperatures, the marine fallout of global warming.

This year, in an ominous sign, the bleaching has crept southward, adding to damage from the extreme bleaching in 2016, which killed as much as 35% of the coral in the central and northern reef, according to aerial and underwater surveys correlated by James Cook University's Coral Reef Studies Centre.

Healthy coral lives in a symbiotic relationship with often brilliantly colored microscopic algae. The algae exist in the cells of the coral, providing it with nutrients through photosynthesis. In turn, the algae are sheltered and absorb carbon dioxide. When the coral is stressed, say from overheating water, it expels, or "vomits," the algae, leaving a pale skeleton of hard matter. Although coral can recover, it takes many years, and successive years of bleaching preclude a return to health.

Mark Read, acting director of reef recovery at the Great Barrier Reef Marine Park Authority, said climate change was a "significant driver" of the mass coral bleaching, adding that the problem had no simple, local fix.

"It would make a difference if Australia was to significantly reduce its greenhouse gas emissions, because we are a contributor to the global pattern," he told the Nikkei Asian Review. "But ultimately, if we are going to make a difference, it has to be with the help of the international community." Australia's independent Climate Council warned in a report in April that ongoing severe coral bleaching caused by climate change "could result in the catastrophic loss of more than 1 million visitors to the region annually." It also said the state and federal government's consideration of proposals to license new coal mines in Queensland's inland Gallilee Basin was "completely at odds with protecting the Great Barrier Reef and other reefs globally."

Experts agree the reef is stressed first and foremost by global warming, but the nutrients and pesticides leaching into the ocean from the towns and farms of the northeastern state of Queensland, as well as fishing -- both legal and illegal, and coastal development, have all contributed to the slow erosion of the iconic marine wonderland, listed as a World Heritage Area since 1981.

Human activity -- such as fishing, boating, diving and related tourism -- is carefully managed in the Great Barrier Reef Marine Park to minimize any adverse impact, Read said. The park is divided into color-coded zones on a map that denote the various limits, and heavy penalties are slapped on those who breach the rules.

Pink zones, for example, are the most restrictive. Visitors cannot enter a pink zone without a permit, and all "extractive activities" -- such as fishing or collecting -- are strictly prohibited. In the green zones, extractive activities are forbidden, but anyone can visit a green zone for swimming, boating, snorkeling, sailing or other "low impact" activities. Early in May a commercial fisherman was fined A$10,000 after a surveillance aircraft spotted his boat in a green zone for the third time.

Collaboration between various government agencies and the park ensures near constant surveillance of protected areas by park rangers in vessels, the Queensland's Water Police, Queensland Boating and Fisheries Patrol and the Maritime Border Command -- which runs different missions up and down the length of the marine park on a regular basis, according to Read.

While commercial fisheries do operate within the park, such activities are strictly monitored and long-lining is prohibited, he added. Commercial fishing in the area is subject to licenses, quotas and other limits, but the Marine Park Authority's five-yearly Outlook Report, last published in 2014, said: "Across all fisheries, risks to the ecosystem remain," and "illegal fishing continues to be a very high risk to the reef."

Run-off from land activities, too, can be destructive. "Large areas of the region continue to be exposed to elevated concentrations of suspended sediments, excess nutrients and pesticides, which are significantly affecting inshore areas along the developed coast," the Outlook Report concluded. Among other damaging effects, the nutrients contribute to outbreaks of the coral-eating Crown of Thorns starfish.

While government controls have helped to improve the state of the reef's water, wild weather can push it backwards, noted Read. Cyclones, and other extreme weather events become more frequent as the climate warms. Cyclone Debbie devastated the Queensland coast in March, upturning corals and bringing flooding rains that poured off the landmass and into the ocean.

Tourism, too, while essential for keeping the reef in the minds of revenue-conscious politicians, comes with its own hazards. "Having a viable tourism industry is actually one of the most crucial things for assisting the Marine Park," Read said, adding that a significant proportion of visitors come from markets in Asia.

"Whilst the biodiversity of the marine park is amazing, one of the big problems is people wanting to touch it," he explained. "Coral is actually covered with a slime that is both sunscreen and a bacterial protection. If you wipe that off by handling the coral, you inadvertently expose it to disease. Sea cucumbers and sea slugs, if you pick them up and handle them, you're contributing to the stresses of that animal, and that can lead to disease," Read said. Fish also have a slimy coating on the outside as a protection, and if that is brushed off, they are more vulnerable to bacteria and viruses.

To the vast crowds of visitors drawn to the reef each year, Read advised: "Come and take as many photos as you like, but leave no marks."