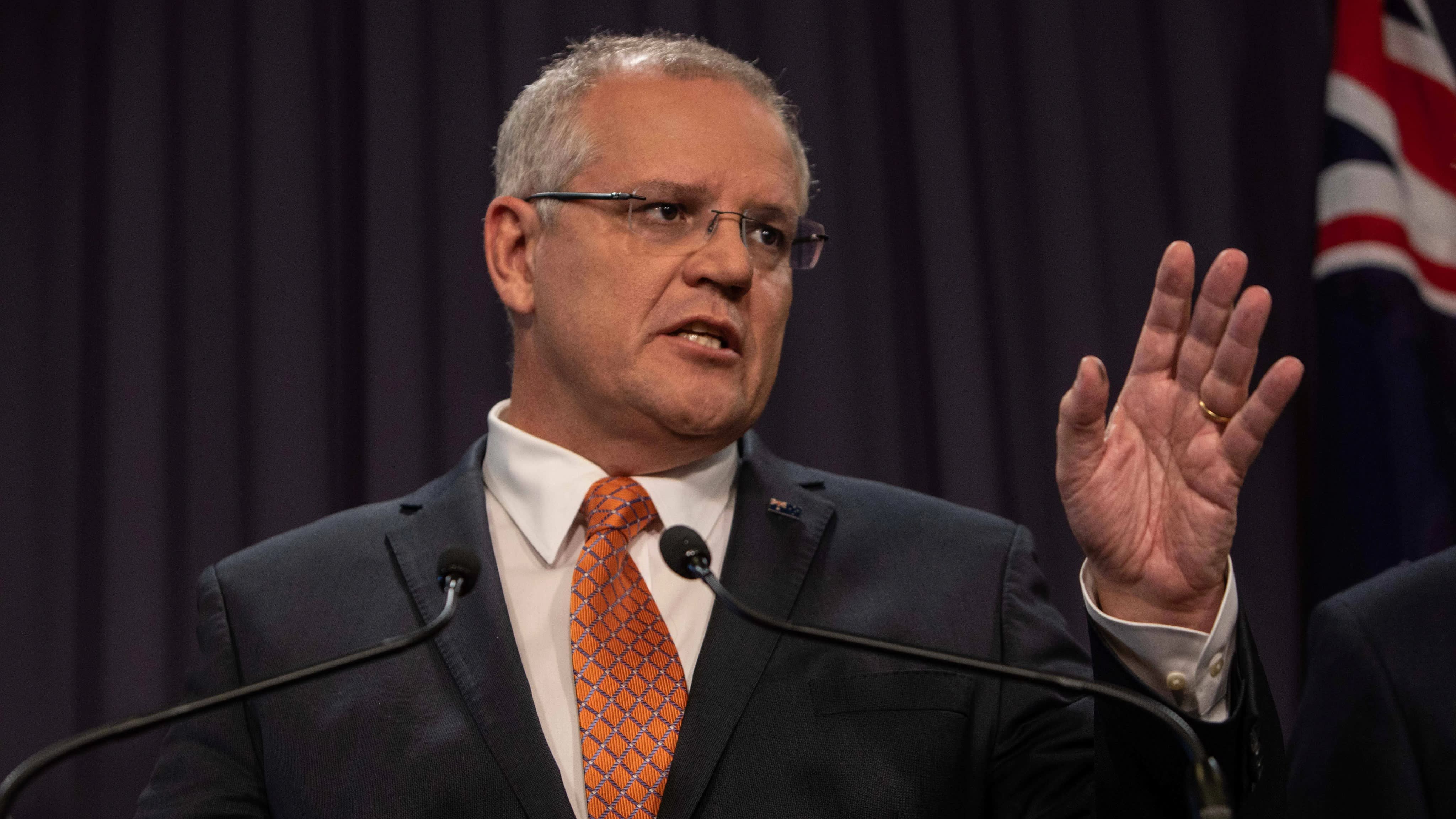 Political analysts believe Australia's Liberal Party, led by Prime Minister Scott Morrison, could suffer a backlash from voters due to Islamophobic comments posted by a candidate on social media.   © Reuters

SYDNEY (Reuters) -- Campaigning for a general election later this month, Australian Prime Minister Scott Morrison said on Friday he had forced a candidate to quit his Liberal Party because of Islamophobic comments posted on social media.

Jessica Whelan is the third Liberal candidate to be dropped by the party in the past week because of offensive social media posts. Morrison said her posts, which included one on genital mutilation, were at odds with the views of the Liberal Party.

"Whether she's contrite about it... I won’t have a candidate like that," Morrison told reporters in Victoria, where he was campaigning for the May 18 election.

Whelan, who will remain on the ballot as her resignation came after early voting has begun, said the posts were "inappropriate" as she urged voters to back a candidate from the National Party – the junior partner in Morrison's coalition government.

Despite Morrison's tough stance, political analysts said the Liberals could suffer a backlash from voters.

"There is a small fringe of the party that holds right-wing views. This will damage the party's standing in some parts of the country," said Peter Chen, professor of political science at the University of Sydney.

Morrison has had to defend his government’s tough rhetoric on migration, multiculturalism and border security in the wake of the massacre of Muslims at two mosques in New Zealand in March.

An Australian white supremacist has been charged with 50 counts of murder, and revulsion among Australians has strengthened criticism of politicians peddling hard-right opinions.

Still, Australia's most trusted opinion poll earlier this week showed the Liberal-National coalition had narrowed the gap on the center-left Labor party.

The Newspoll for the Australian newspaper showed Labor's lead is now down to 51 percent to 49 percent on a two-party preferred basis, where votes are distributed until a winner is declared.

Morrison's government had trailed Labor by 54 percent to 46 percent in March, before calling the election.

Although the Liberal campaign focusing on the government's economic record may be finding favor among voters, young Australians have been agitating over its failure to do more to tackle climate change.

Students across Sydney protested on Friday outside the offices of politicians from the both the government and opposition urging tougher limits on carbon emissions.