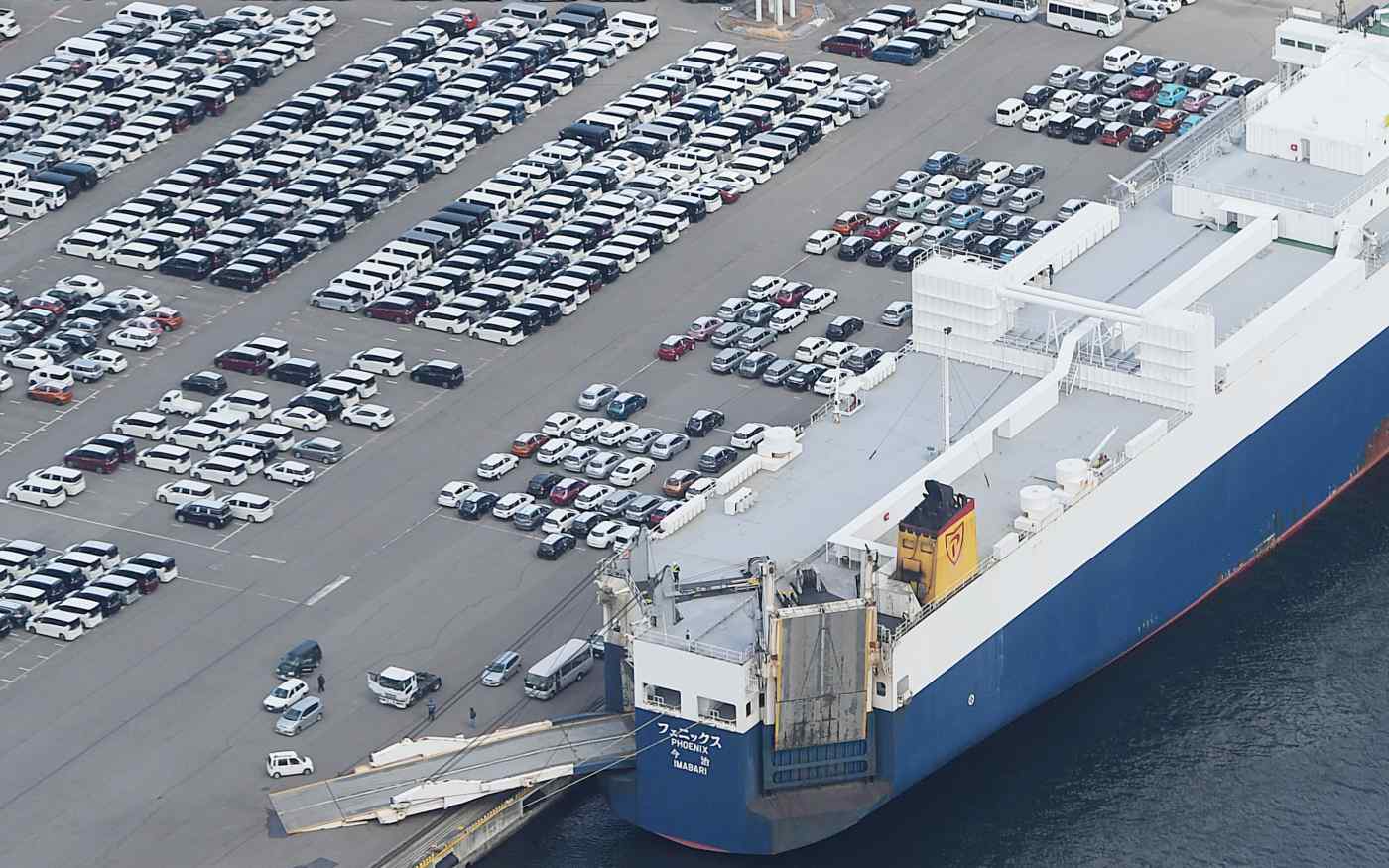 TOKYO -- The European Union is prepared to eliminate an import tariff on Japanese automobiles over the course of seven years, bringing the two sides a large step closer to a broad trade agreement they hope to complete by Thursday.

Japanese vehicles entering Europe currently face tariffs as high as 10%. The seven-year phaseout now on the table strikes a middle ground between the five years sought by Tokyo and the more than 10 years offered by Brussels. A tariff of 3-4% on Japanese autoparts will be abolished for around 92% of products as soon as the two parties' economic partnership agreement takes effect.

Japan has already abolished its own tariff on auto imports, and South Korean vehicles face no tariff in the EU thanks to a trade agreement between those two parties. "We would like to see this unfair situation rectified as soon as possible," said Seiichi Nagatsuka, president of the Japan Automobile Manufacturers Association.

Meanwhile, Japan will establish a low-tariff import quota for European cheese, somewhere in the range of 30,000 tons to 50,000 tons per year. Soft cheeses such as Camembert will fill the bulk of this quota. Steps such as gradually increasing that quota over time or bringing the tax rate under the quota close to zero are also being examined as a compromise with Brussels, which continues to push for the abolition of tariffs on all cheeses.

Japan's Foreign Minister Fumio Kishida and EU Trade Commissioner Cecilia Malmstrom are meeting in Brussels on Wednesday to bridge remaining gaps as the pact comes together. A resolution on autos and cheese, two of the most troublesome sticking points, could well lead to a broad agreement after four long years of negotiation. The Europeans expect such an agreement to be reached Thursday, when Prime Minister Shinzo Abe of Japan will meet with EU leaders.

Most points of contention have already been put to rest. Japan is ready to immediately abolish a tariff on European wine of 125 yen ($1.10) per liter or 15%, whichever is less, when the pact takes effect, and has nearly worked out agreements to abolish or reduce tariffs on European exports, including pork, pasta and lumber. The EU will immediately repeal tariffs on Japanese tea and sake.

The two sides are also nearing accord on trade rules such as measures to simplify customs procedures and changes to regulations posing barriers to trade. Matters such as a system for resolving disputes between investors and national governments will be put aside for future talks.

The Japan-EU agreement will cover countries accounting for nearly 30% of global gross domestic product. It will also reinforce Tokyo and Brussels' reputations as proponents of free trade at a time when protectionism is on the advance.