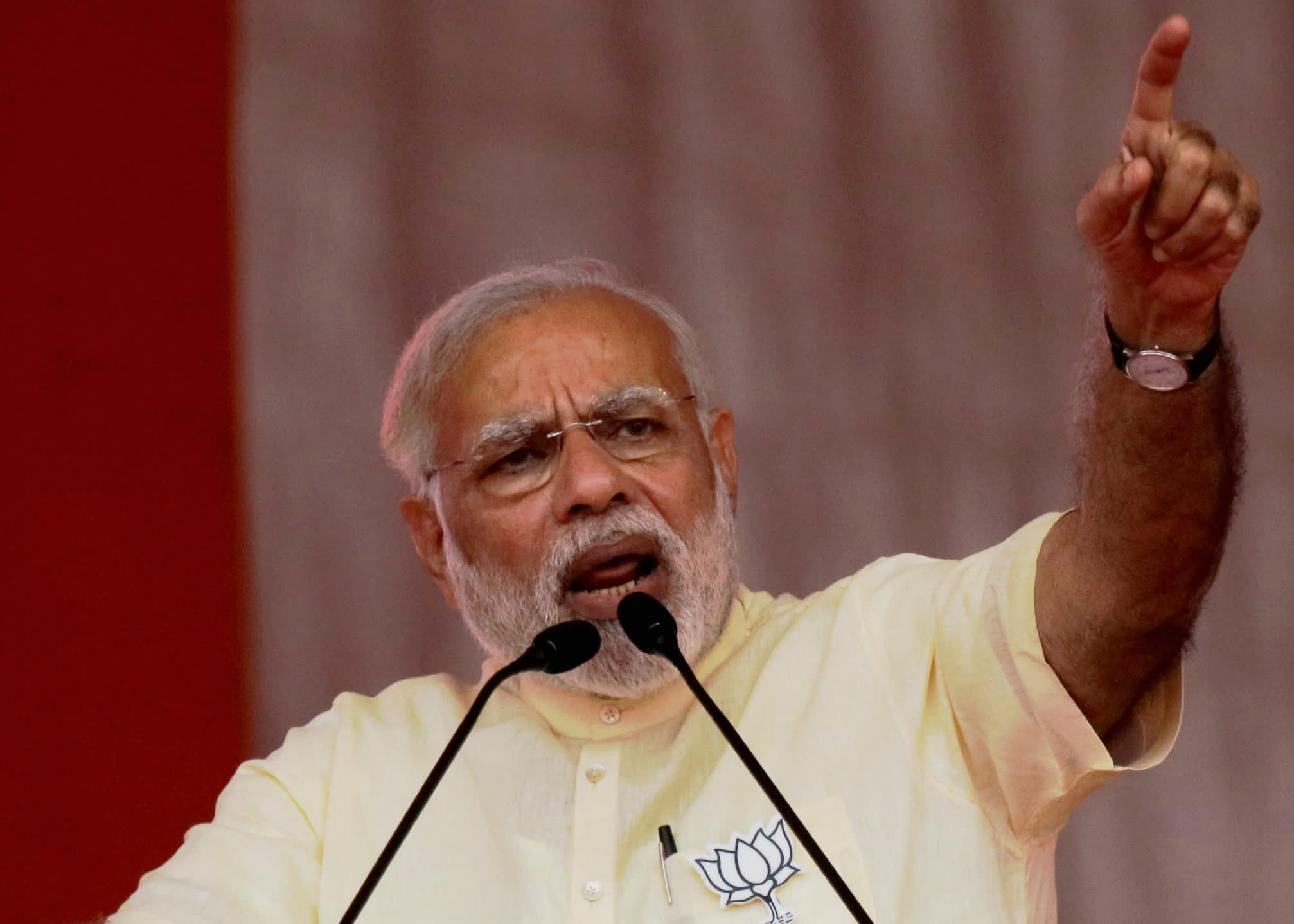 NEW DELHI -- A surprisingly slim electoral victory by India's ruling party in Prime Minister Narendra Modi's home state of Gujarat owes largely to a failure to cultivate successors during his time as chief minister there -- a tendency now playing out on the national level.

The Bharatiya Janata Party has controlled the western state's legislature since 1995 and is now set to do so through 2022 after winning 99 of the 182 seats when votes in the latest election were counted Dec 18. Himachal Pradesh, in India's north, flipped in the BJP's favor as well. The ruling party now holds a 44-seat majority in the 68-seat legislature there, ousting the Indian National Congress from power. 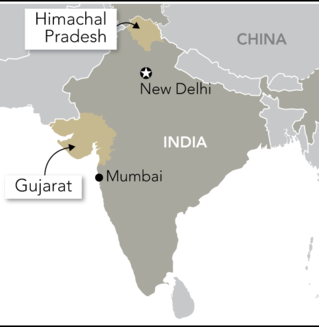 On the surface, the BJP has made a good deal of progress in regional elections since Modi took office in 2014. While the party took a bruising early on, it started racking up wins last year. After the latest two successes, the BJP controls 19 of India's 31 states and territories, either on its own or as part of a coalition.

"A victory is a victory... But there will be some anxiety for Modi," Sanjay Kumar, director of the Center for the Study of Developing Studies, a Delhi-based think tank."[BJP has] not been able to pull off a comfortable victory," Kumar explained.

"The Gujarat government and Gujarat BJP are faceless government and the ruling party now," a BJP candidate told The Nikkei Asian Review in November on condition of anonymity. "[Modi] didn't allow anyone around him growing to succeed him," the candidate said, anticipating a hard race ahead for that reason.

Modi still works to present himself as the face of the party in Gujarat and elsewhere, traveling from New Delhi by plane and helicopter to campaign in state elections. He is the BJP's best-known figure by far, making his cooperation essential for a shot at victory in states where the party is in the minority.

In theory, the BJP should be competitive next time Gujarat comes up for contention, even without Modi's help. But not even the prime minister's addressing 34 public rallies in the state could keep Congress from taking 77 seats this time, up from 61 in the last go-round.

"BJP leaders and others in Gujarat started to behave egoistically very much. Even if you ask some leaders "I want to discuss this," they would say "no, no, no." It wasn't so when Modi was here till 2014, as the single man was controlling everything and everyone in the party," according to Hiren Rajyaguru, local journalist in Gujarat.

"When he was the chief minister here for 12 years, Modi controlled everything and he gave instructions directly to even middle class officials in the government. That destroyed structure of bureaucracy and political system of the party... After he left here [to Delhi], nothing left, including officials' reporting lines... and ministers [of the state government] became intolerance to listen to others," an ex-Gujarat officail said.

Strongman Modi chimes with voters but seen as soft on Pakistan

After Gujarat setback, Modi to redouble effort to win back voters

Election returns support the idea that poor organization is partly behind the BJP's slim margin of victory. While the party received 49% of the vote in the latest race, 1 percentage point more than in 2012, the seat share of BJP fell 9%.

By all accounts, Modi's management style has not changed since his days as chief minister. Subordinates to the finance minister have received instructions directly from Modi daily when writing national budget early this year, and the prime minister is known to take full control of diplomacy. Department heads across the government are asked to make regular reports to the top.

This hands-on approach certainly enables quick decision-making and helps address some of the challenges of a vertically divided government. But shifting responsibility for policymaking from organizations to individuals alters the shape of the government itself.

The man at the top does not plan on leaving anytime soon. Modi is working hard to ensure a BJP victory in India's next lower house parliamentary race in 2019, which would keep him in power until at least 2024.  But when Modi finally goes, filling his shoes could prove as tough on the national level as it has in Gujarat. It is frightening to think what will become of national politics when that day comes, the ex-Gujarat official said.