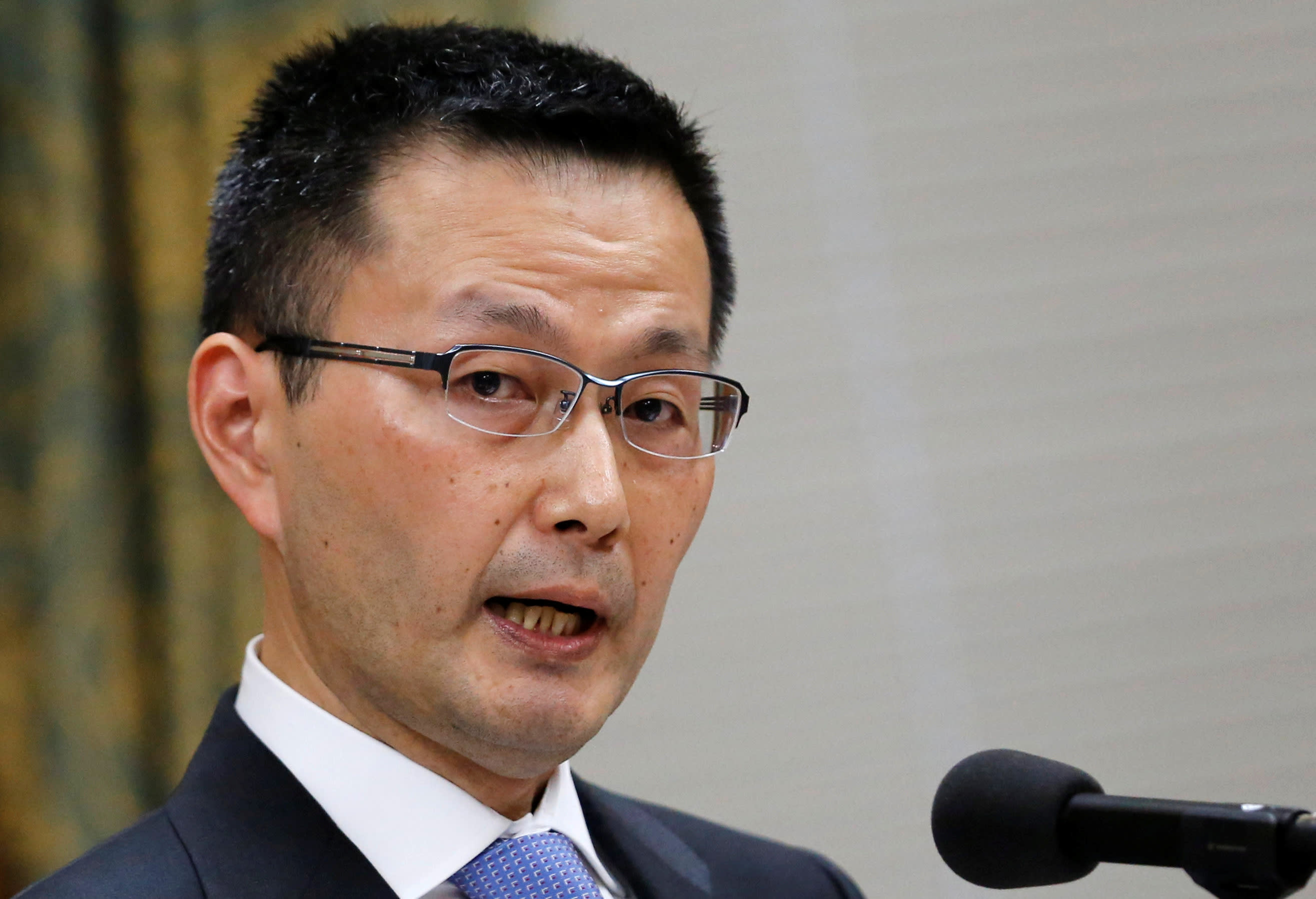 TOKYO -- The Bank of Japan's two nominees for deputy governor posts argued Monday that monetary easing has done more good than harm, with one saying he would urge the central bank to go even further if necessary.

Japan has "reached a state where we're not in deflation, but we haven't attained the 2% [inflation target], so completely overcoming deflation remains a challenge," economist Masazumi Wakatabe, an outspoken reflationist, told a parliamentary committee at a confirmation hearing. The BOJ should use "every means at its disposal" toward this goal, he said.

The professor at Tokyo's Waseda University touched on his past research with outgoing Deputy Gov. Kikuo Iwata, another supporter of aggressive easing, adding to the suggestions that Wakatabe would continue the path set by the bank's current leadership.

The other nominee, central bank veteran Masayoshi Amamiya, has been dubbed "Mr. BOJ" for his role in shaping monetary policy over the past two decades, including developing the bank's zero-interest-rate policy and quantitative easing. The BOJ executive director expressed pride in being "on the front lines of the fight against deflation" but acknowledged that dispelling the public's deflationary mindset is "a more difficult task than we first thought."

If confirmed, Wakatabe and Amamiya would assume the deputy governor positions March 20 and attend their first policy board meeting April 26-27. Their job would be to support Gov. Haruhiko Kuroda, who is expected to be confirmed to a second five-year term that starts in early April.

The nominees took questions from lawmakers about the side effects of easing, including squeezed profits at financial institutions and lax fiscal discipline in Tokyo. Wakatabe brushed aside these concerns, saying the drawbacks are not pronounced and are far outweighed by the benefits. Amamiya said that there were side effects but that the positive impact was greater. He added that careful observation will be needed because the effects of easing are cumulative.

Though Kuroda made waves in his confirmation hearing Friday when he said the central bank would consider an exit from easing in fiscal 2019 -- assuming the 2% inflation target is reached -- he also stated that no such discussion will occur in fiscal 2018, which begins next month.

Amamiya said an exit "would certainly be technically possible, but it's premature" to discuss such a move.

Wakatabe ruled out the possibility of moving toward an exit before achieving the inflation goal. "We must achieve stable 2% price growth," the economist said, adding that "there are no limits" to monetary policy and that he would propose further easing if necessary.

Although the BOJ's massive asset-purchasing program has already left the central bank with roughly 40% of outstanding Japanese government bonds, Wakatabe said that "depending on how you look at it, there's still 60% left."

Monday's hearing did little to move the yen or bond prices, with no real surprises from either Wakatabe or Amamiya. "Everything was meticulously arranged, and they didn't make any commitments," a bond trader at a leading brokerage said.

Markets had pounced on Kuroda's comment Friday about the outlook for the BOJ's exit strategy, pushing bond yields and the yen higher.

The hearings left investors with the impression that achieving 2% inflation remains an uphill battle, with policy normalization still a long way off. Even Kuroda did more to quash talk of a hasty end to easing than encourage it, some noted.

Currency traders turned their attention from the central bank to trade policy in the U.S., where steel and aluminum tariffs are in the offing.