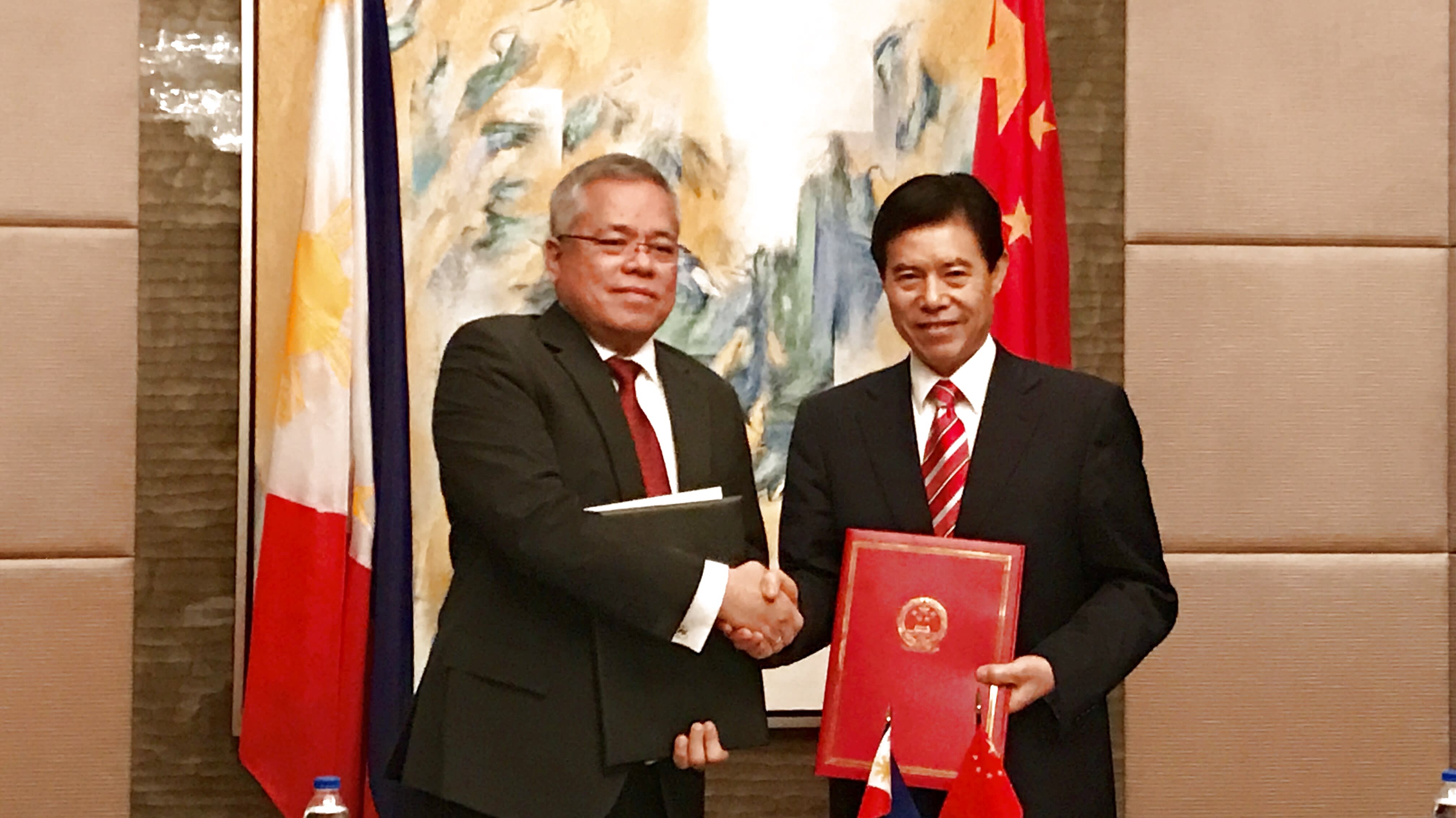 China agreed to fund three infrastructure projects: a railway connecting Manila and southern Luzon, a dam on Luzon, and an irrigation project on the southern island of Mindanao, costing $3.1 billion, $374 million, and $53.6 million respectively.

The financing is part of $15 billion in credit secured by President Rodrigo Duterte during his visit to Beijing in October. China also pledged at least $9 billion in investments at that time.

Duterte, who became president on June 30, has attempted to repair damaged ties with China by agreeing to negotiate a territorial dispute in the South China Sea bilaterally, and sidelining indefinitely an international arbitration ruling last year in favor of the Philippines.

China has laid claim to almost the entire South China Sea, where there are also claims from Brunei, Malaysia, Taiwan, and Vietnam. Under the previous

administration of President Benigno Aquino, the Philippines was the leading critic of China's maritime expansionism, and took its case to the Permanent Court of Arbitration at The Hague in the Netherlands in January 2013. The move infuriated Beijing, and helped stall bilateral trade and economic talks, which were last held in August 2011 in China.

After reversing Aquino's hardline policy toward China, Duterte is hoping his six-year tenure will be the "golden age of Philippine infrastructure," reaping similar benefits to those enjoyed by Cambodia, Laos, and Indonesia in Southeast Asia. '

Lopez said a number of Chinese companies involved in downstream oil projects, aviation, aircraft components, shipbuilding and repair, and steelmaking, have sent letters outlining their plans for the Philippines. The proposed investments are collectively worth $10.4 billion, and should generate over 11,000 jobs, Lopez said.

The ministers also agreed to expand agricultural relations, including training for Philippine rice and aquaculture specialists.

After the agreement signings, Lopez said the Philippines "foresees a more meaningful engagement with China" as a good neighbor working with "renewed vigor towards deepened and strengthened cooperation based on mutual values, goals, and results." The resumption of talks, he said, proved that bilateral ties "were never completely severed."

Shang for his part quoted Duterte in Beijing saying that "springtime" has returned. The two countries, he said, "are near neighbors rather than distant relatives."