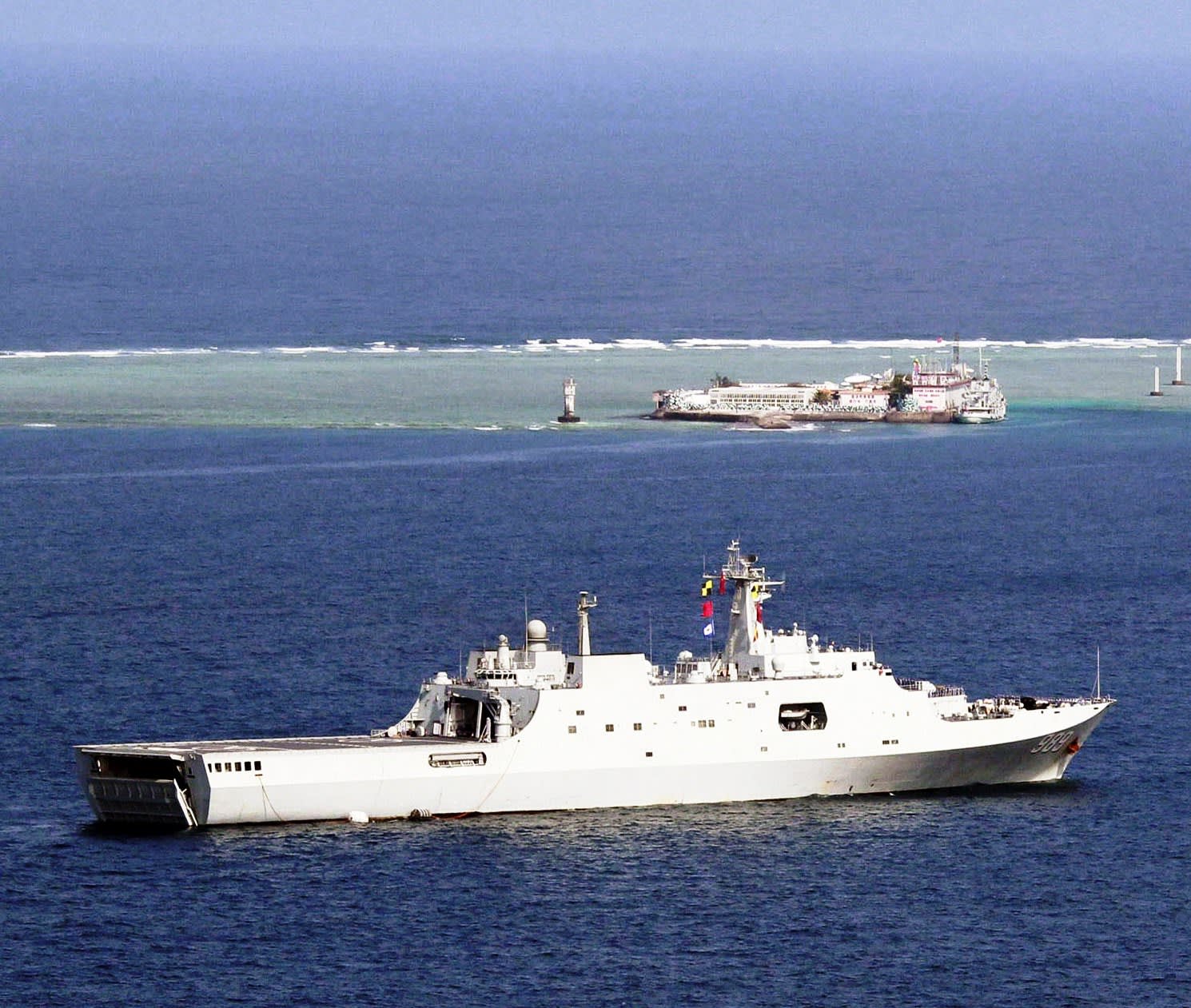 MANILA -- The Association of Southeast Asian Nations and China may start actual negotiations in November on a code of conduct to help resolve complex territorial disputes in the South China Sea -- provided that the situation is calm and "outside parties" stop interfering, Chinese Foreign Minister Wang Yi said here on Sunday.

"When the situation in the South China Sea is generally stable, and if there is no major disruption from outside parties as the precondition, then we will consider during the November leaders' meeting -- we will jointly announce -- the official start of the COC conversation," Wang told reporters after meeting with his ASEAN counterparts.

Wang's conditions continue to bring into question China's commitment to formulating a long-awaited effective code of conduct. ASEAN diplomats have previously accused China of stalling a process already embodied in the 2002 Declaration on the Conduct of Parties in the South China Sea.

Ministers from ASEAN and China have agreed to a framework for establishing a code of conduct. Robespierre Bolivar, a Philippine foreign ministry spokesperson, confirmed that ASEAN has accepted China's three-step proposal on how to proceed, beginning with announcement of the adoption of the code's framework in a joint communique released Sunday night. This will be followed up with talks by the end of this month on how negotiations should proceed, and a formal announcement will be made at the ASEAN summit in November.

"The foreign ministers of ASEAN and China have in fact agreed on this three-step process," Bolivar said. "There is a consensus between ASEAN and China."

The adoption of the framework marks the start of what are expected to be thorny negotiations, including about whether the code of conduct should be legally binding. ASEAN would want a legally binding code, but China prefers otherwise.

Speaking in Manila on July 25, Wang said the more stable environment in the South China Sea was partly due to the new diplomatic approach adopted by the Philippines after President Rodrigo Duterte came into office last year. Duterte's predecessor, President Benigno Aquino, had taken a much more litigious tack that included successfully petitioning a tribunal set up under the auspices of the Permanent Court of Arbitration at The Hague in the Netherlands.

China has never recognized that body's jurisdiction in the dispute. Last month, Wang urged ASEAN members to reject unnamed "nonregional forces" that he alleged want to stir up trouble in the South China Sea. The U.K., meanwhile, has plans for freedom-of-navigation exercises in the South China Sea -- following the examples of both Japan and the U.S.

While supporters of the ASEAN-China agreement regard it as a belated step forward, critics say it offers little fundamentally new from the nonbinding and ignored 2002 declaration. The latest framework has not been made public, but a leaked document says that the code is "not an instrument to settle territorial disputes or maritime delimitation issues."

A code of conduct for disputants in the South China Sea was first suggested in the 1990s, but the declaration signed in 2002 failed to prevent the parties involved from complicating the situation. Among significant developments, China embarked on large-scale land reclamation in 2012 and has since created seven artificial islands with military and strategic installations.