Beijing warns of 'necessary response' to US official's Taiwan visit 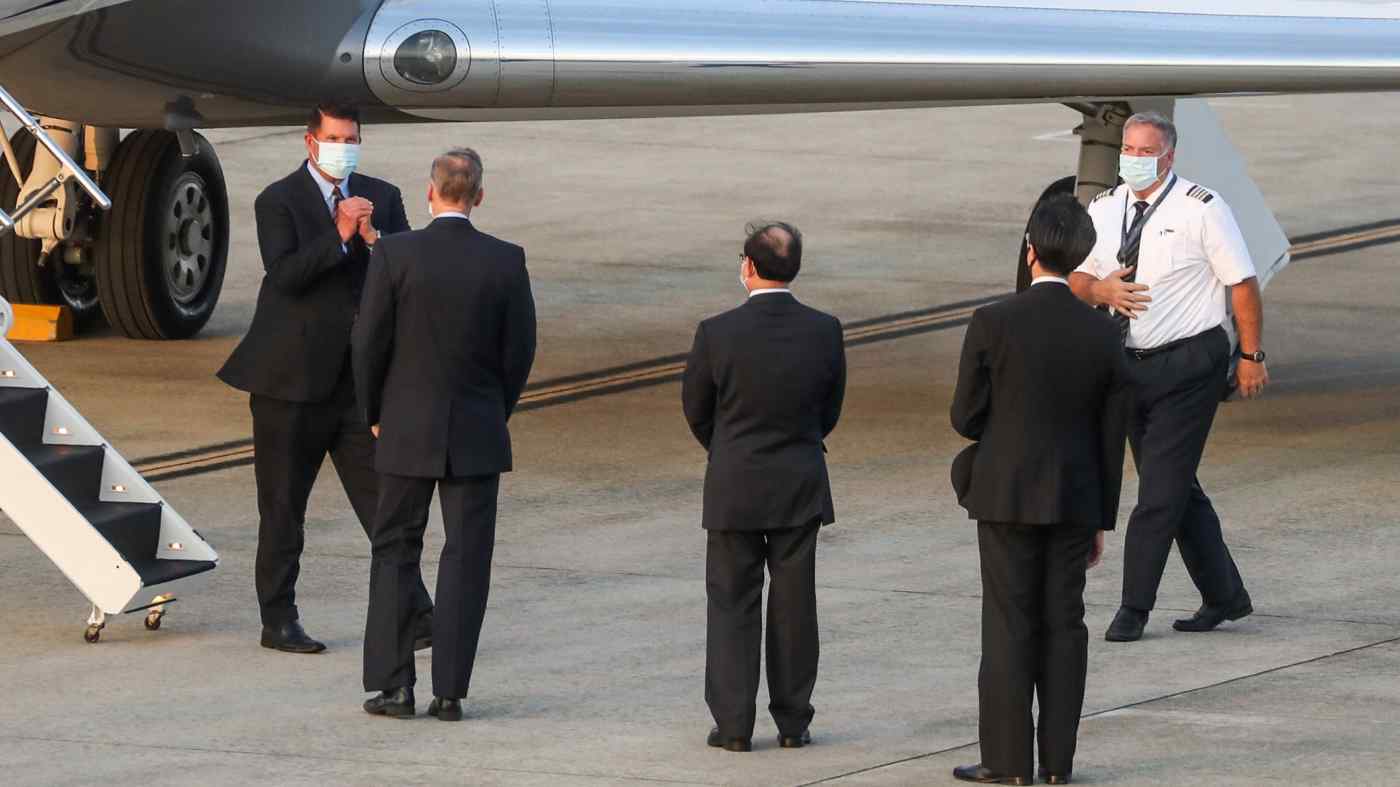 BEIJING/TAIPEI (Reuters) -- China will make a "necessary response" to a visit by U.S. Undersecretary for Economic Affairs Keith Krach to Taiwan, and has lodged a complaint with Washington, the foreign ministry said on Thursday ahead of his arrival.

Krach, who arrived in Taipei on Thursday afternoon, is in Taiwan for a memorial service on Saturday for former President Lee Teng-hui, who was revered by many on the island and internationally as the father of Taiwan's democracy.

His visit follows one last month by U.S. Health Secretary Alex Azar, the highest-level U.S. official to come to the democratic island in four decades.

Speaking in Beijing, Chinese Foreign Ministry spokesperson Wang Wenbin said China has lodged "stern representations" with Washington about Krach's trip, and that it opposed any official exchanges between the United States and Taiwan.

The visit will give succour to the forces of Taiwan independence and damage Sino-U.S. ties, Wang said.

"We urge the U.S. side to fully recognise the extreme sensitivity of the Taiwan issue," Wang said. "China will make a necessary response depending on how the situation develops."

He did not give details.

Relations between China and the United States have nosedived in recent months, with disagreements over Taiwan, trade, human rights, the coronavirus pandemic and other issues.

Krach is also likely to hold at least some form of trade talks during his trip, though details have not been announced.

Taiwan has long sought a free trade deal with the United States, but Washington has complained about barriers to access for U.S. pork and beef. Taiwan said that was for health reasons, especially with concern over mad cow disease and additives.

However, late last month, Tsai said her government could ease restrictions on pork and beef imports, allowing in U.S. pork containing ractopamine, an additive that enhances leanness, and allow in U.S. beef from cattle more than 30 months old.

But this has run into domestic objections. Taiwan's main opposition party, the Kuomintang, last weekend began collecting signatures for a referendum to block the pork imports, saying ractopamine was a health threat.