Biden hits rewind on Trump, from Paris pact and WHO to immigration 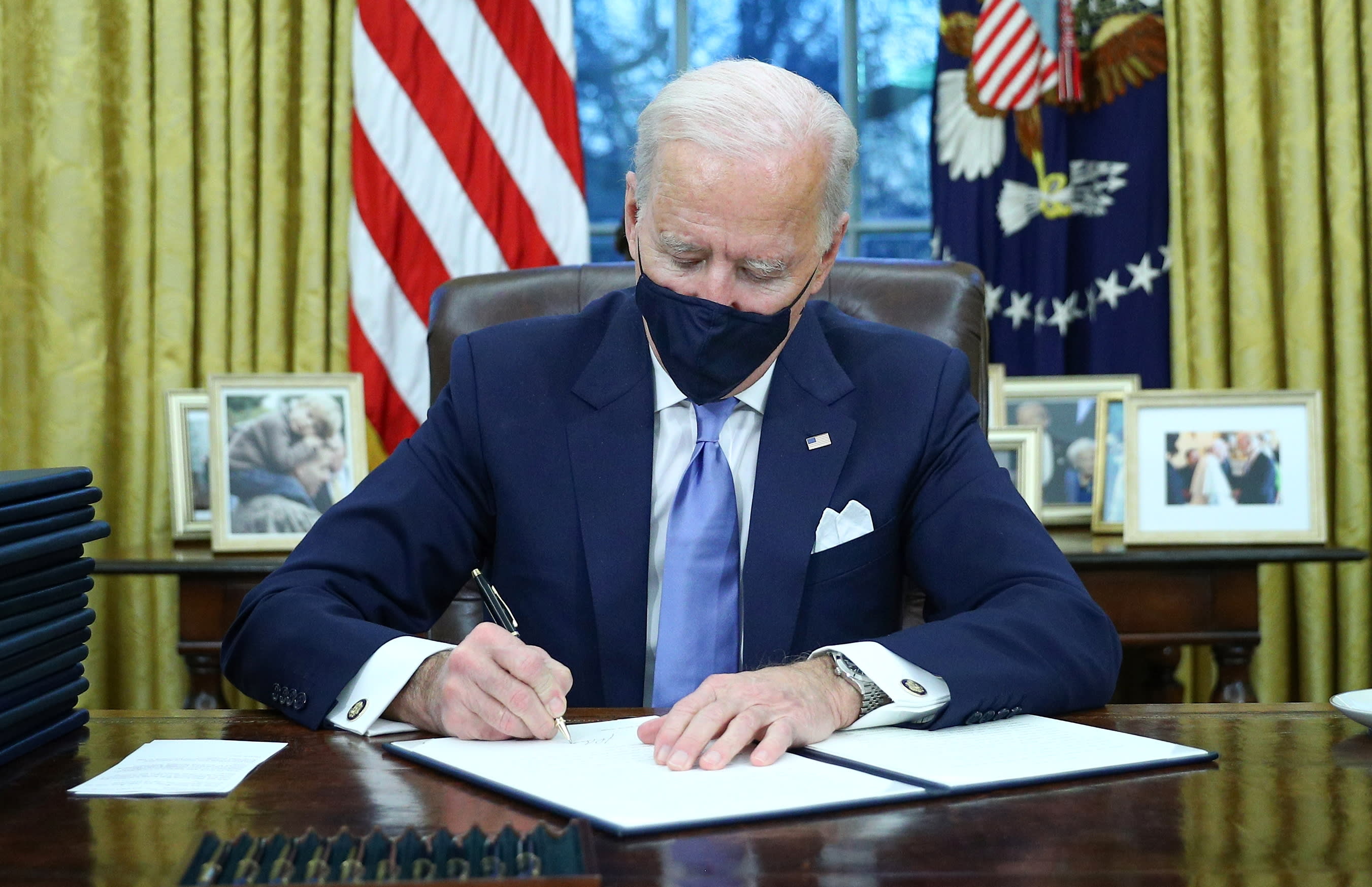 The centerpieces of his Day One actions were an order to rejoin the Paris climate accord and halt America's withdrawal from the World Health Organization. Biden's newly appointed press secretary, Jen Psaki, explained the moves and other plans in her first briefing on Wednesday evening.

"His priority is, first, rebuilding our partnerships and alliances around the world and regaining America's seat at the global table, and you can see that is evidenced in his rejoining the Paris climate agreement, rejoining the World Health Organization," Psaki said.

She added that "his early calls will be with partners and allies, as he feels it is important to rebuild those relationships and to address the challenges and threats we're facing in the world."

Psaki, who played various communications roles in the Barack Obama administration, said Biden's very first call with a foreign leader would be with Canadian Prime Minister Justin Trudeau on Friday. She did not share any plans for Biden to speak with Chinese President Xi Jinping nor Russian leader Vladimir Putin. On the campaign trail, Biden had pledged to immediately return to the Paris deal, under which nearly 200 countries aim to hold the increase in average global temperature "well below" 2 C by curbing carbon emissions. The immediate global reaction was positive.

Singapore's Foreign Ministry released a statement applauding the move, noting its vulnerability as a small, low-lying island state. "Singapore stands ready to work with the United States, other parties and key stakeholders to achieve the Paris Agreement's goals and to address this critical challenge together."

Japanese Environment Minister Shinjiro Koizumi "warmly welcomed" the move in a statement, saying, "The United States' active participation in the Paris Agreement is essential to achieving a decarbonized society as envisioned in the agreement."

Climate change is seen as one possible area of cooperation in the otherwise tense U.S.-China relationship. Beijing, too, welcomed America's return to the Paris accord the day before Biden's inauguration, with Foreign Ministry spokeswoman Hua Chunying saying China looks forward to America's "contributions to the global climate governance."

Biden followed through on another campaign pledge by stopping the WHO withdrawal process. Trump had initiated the exit in the midst of the coronavirus crisis, accusing the global health body of being beholden to China.

Starting Thursday, Dr. Anthony Fauci -- one of the most prominent figures in the U.S. pandemic response -- will lead an American delegation in an online World Health Organization meeting.

Biden signed several other pandemic-related executive orders as well. One was a mask mandate requiring face coverings and social distancing on all federal properties, as well as on airlines, trains and transit systems traveling between states. A "100 Days Masking Challenge" included in the order encourages mask use among the general public.

In addition, the president officially appointed a COVID-19 response coordinator in an effort to "create a unified national response to the pandemic."

Wednesday's flurry of orders also halted funding for Trump's Mexican border wall and ended the "Muslim ban" -- a Trump travel prohibition targeting predominantly Muslim countries, which Psaki said was "rooted in religious animus and xenophobia." Biden overruled a raft of Trump's anti-immigration policies, including efforts to end the Deferred Action for Childhood Arrivals or "Dreamers" program that protects individuals brought to the U.S. as children.

Asked about Biden's stance on rejoining the nuclear deal with Iran, Psaki said that in order for that to proceed, "Iran must resume compliance with significant nuclear constraints under the deal." She said this issue was likely to come up in the president's conversations with allies.

One call Psaki said was not necessarily pending was with Trump. Breaking tradition, the former president did not attend the inauguration, and instead left a letter in the White House, which Biden described as "very generous." Psaki, like Biden, said it would not be released to the public.

The media is likely to see plenty of Psaki. The administration has said it will resume daily White House press briefings -- another tradition not followed by Trump, who preferred to make announcements on Twitter.

"When the president asked me to serve in this role," Psaki said of Biden, "we talked about the importance of bringing truth and transparency back to the briefing room."