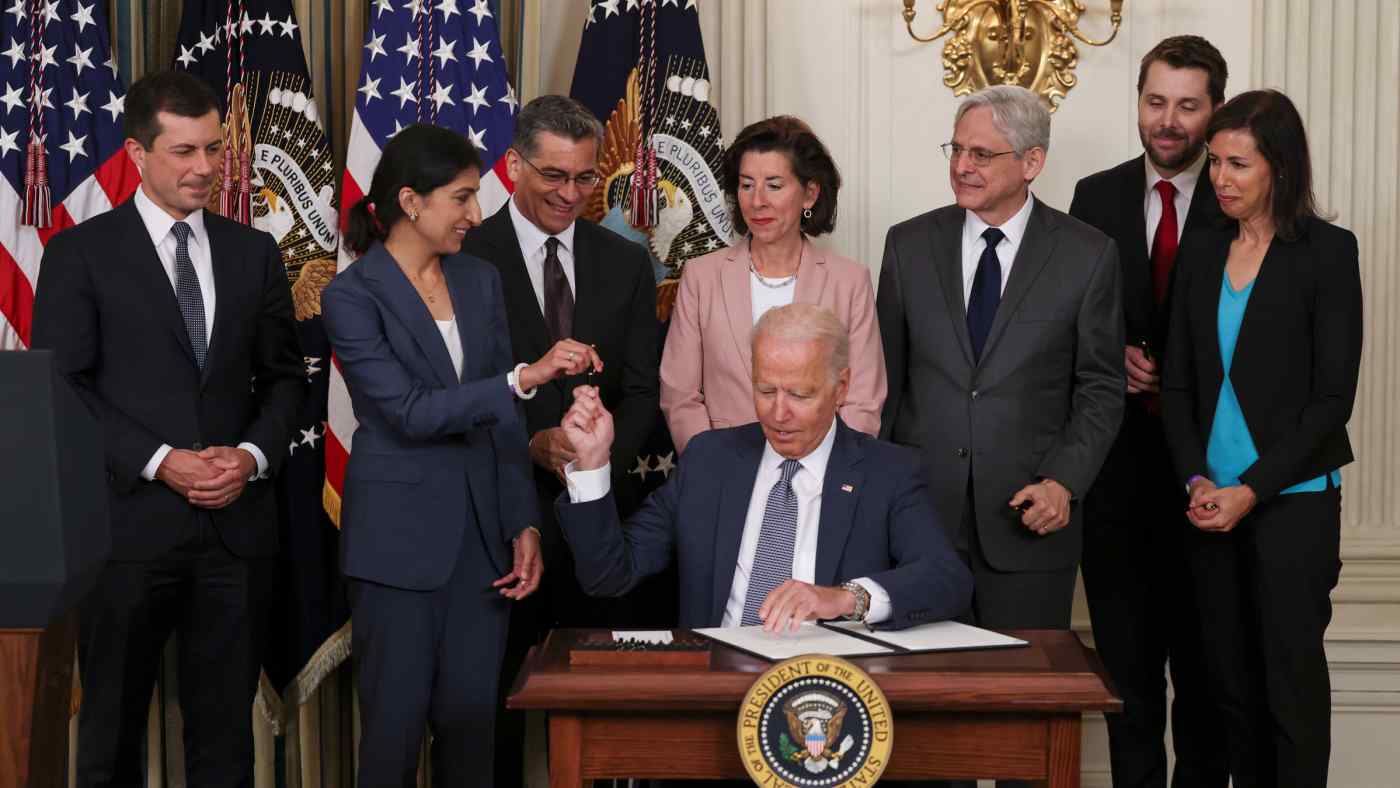 U.S. President Joe Biden hands a pen to Lina Khan, chair of the Federal Trade Commission, as he signs an executive order on "promoting competition in the American economy" as members of his cabinet stand by at the White House on July 9.   © Reuters
TAISEI HOYAMA, Nikkei staff writerJuly 10, 2021 04:30 JST | U.S.
CopyCopied

The order goes beyond Big Tech -- which has come under particular fire over antitrust concerns -- to a wide range of sectors including telecommunications, transportation and banking.

In a speech at the White House, Biden argued that control of markets by a few large players leads to higher prices, worse service and lower wages.

"No more tolerance for abusive actions by monopolies, no more bad mergers," he said.

The order includes 72 initiatives for federal agencies, targeting issues such as excessive early termination fees charged by internet companies, which hinder users from switching service providers. It calls for barring or restricting noncompete agreements that block workers from moving to rival employers.

The directive calls on the Justice Department and the Federal Trade Commission to "enforce the antitrust laws vigorously," according to a White House fact sheet. Mergers and acquisitions by major technology companies are to come under extra scrutiny, and the FTC will be encouraged to establish rules on personal data. 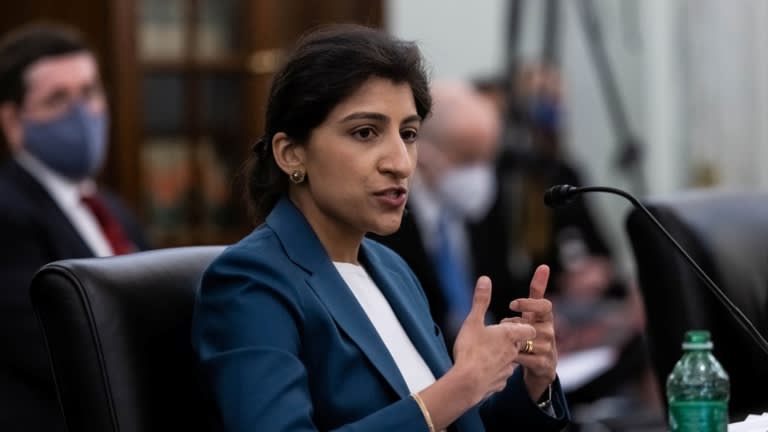 Lina Khan, chair of the Federal Trade Commission, rose to prominence following the 2017 publication of her Yale Law Review paper, the Amazon Antitrust Paradox, which took aim at the company's role as both logistics provider and competitor to the sellers on Amazon.com.   © Reuters

The White House will set up a new competition council to handle policy in this area and monitor progress on the initiatives.

Biden has taken a tougher stance toward Big Tech companies with moves such as the appointment of antitrust researcher Lina Khan as FTC chair.

The administration argues that Washington's light-touch approach to antitrust law and regulating mergers and acquisitions since the late 1970s has contributed to economic inequality and other social ills.

How effective this executive order will be, as opposed to more durable legislation, remains an open question. It is certain to face pushback from businesses, which could take the matter to court.