Biden sworn in as 46th US President, vows to rebuild middle class

Clash of ideologies looms as Republicans hone their message 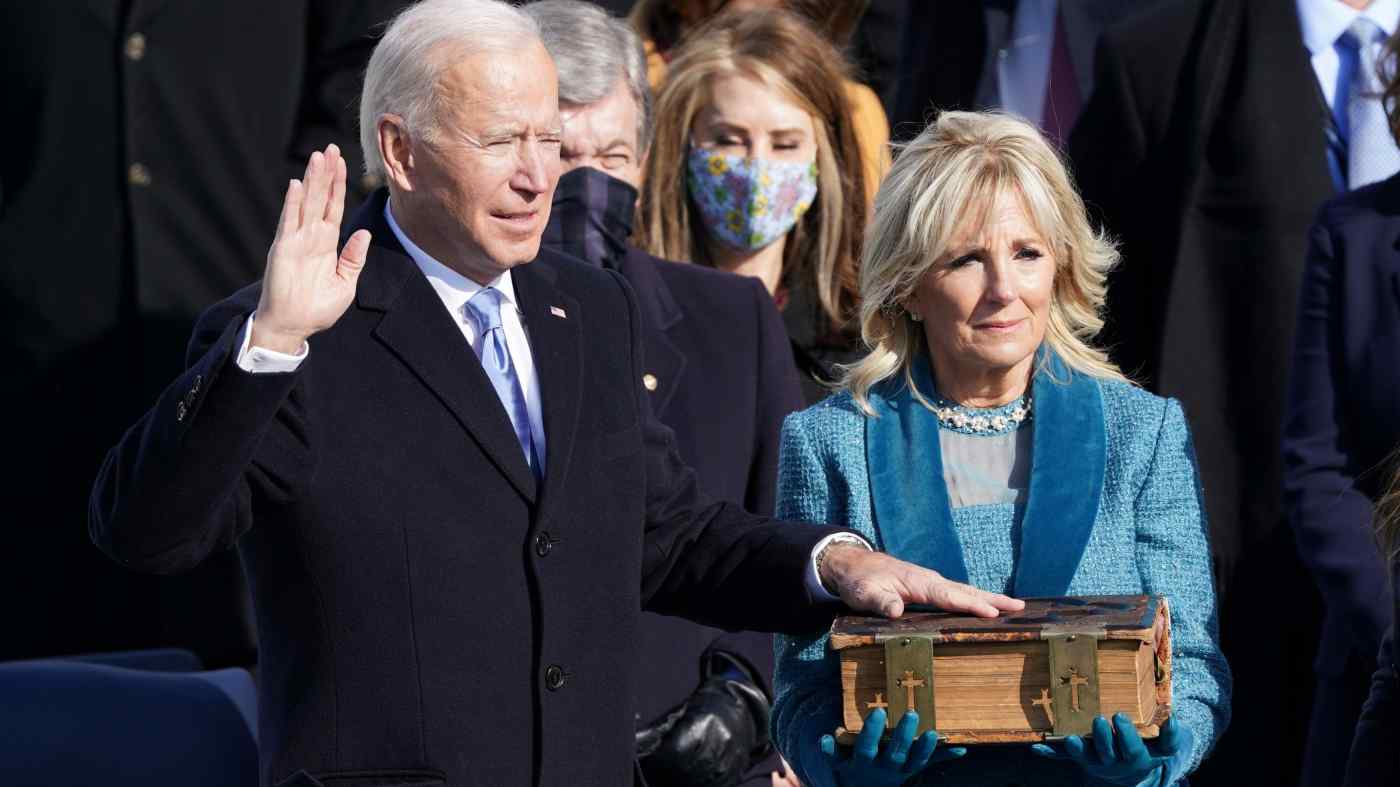 Joe Biden is sworn in as the 46th President of the United States as his spouse Jill Biden holds a bible on the West Front of the U.S. Capitol in Washington, on January 20.   © Reuters
KEN MORIYASU, Nikkei Asia chief desk editorJanuary 21, 2021 06:30 JST | North America
CopyCopied

WASHINGTON -- Joe Biden, a son of an auto dealership manager, a longtime senator and a former vice president, was sworn in as the 46th president of the United States shortly before noon Eastern time on Wednesday.

To open the inauguration ceremony, Kamala Harris, the first woman and the first South Asian American to become vice president, was sworn in by Justice Sonia Sotomayor, herself the first Hispanic member of the U.S. Supreme Court.